Is There a Conservative Case for QE? | Mises Institute
Skip to main content

GET NEWS AND ARTICLES IN YOUR INBOXPrint
A
A
Home | Mises Library | Is There a Conservative Case for QE?

Is There a Conservative Case for QE? 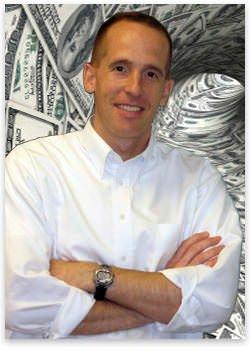 I recently discussed David Frum's lament that conservative Republicans are defecting from "respectable" economists and joining the ranks of the Austrians. One of the reasons for this is that many conservative pundits — Frum included — are Keynesians, plain and simple. Many rank-and-file conservatives are recognizing that it makes no sense to lambast Obama's fiscal-stimulus package in one breath and praise Bernanke's monetary stimulus in the next.

We see this monetarist Keynesianism on display in a recent National Review Online article by economist David Beckworth, "The Conservative Case for QE2" (i.e., the second round of "quantitative easing"). As we'll see, Beckworth doesn't challenge the basic premise that what the economy needs is "more spending"; he simply thinks it should come from the Fed, not the Treasury.

Beckworth Should Check His Premises

Beckworth gets into trouble early in his article, when he says matter-of-factly,

One reason for this confusion is a failure by some conservative commentators to understand the real purpose of QE2. It is not solely about lowering interest rates, increasing bank reserves, and encouraging bank lending, though all of those will occur.

I grant that QE2 will increase bank reserves. However, the other two alleged results — lower interest rates and more bank lending — are not so obvious. Here is a chart showing the yield on five-year Treasury securities, which are the target of Bernanke's new $600 billion shopping spree:

As the chart makes clear, the yield on five-year Treasuries fell fairly steadily until they sharply turned around almost to the day that the QE2 program was officially announced.

Now in fairness to Beckworth, it's really hard to disentangle cause and effect in something like this, especially because prices are determined by subjective expectations. For one thing, investors knew since August that Bernanke had something in store. As the weeks passed, further comments from various Fed officials confirmed the anticipation that after the election, the Federal Reserve would announce a new round of bond purchases. Therefore, it's possible that the continued fall in yields through September and October was propelled by the promise of QE2, but that the $600 billion announcement (made on November 3) was less than most people had expected, and so bond prices fell (meaning yields jumped) once the new information came in.

In reality, I don't think that's what happened. Rather, I expect that the sharp turnaround in interest rates almost immediately after the elections had to do with the "shellacking" of the Democrats. (Perhaps traders on Wall Street thought a divided government was more conducive to future economic growth, and shifted out of bonds and into stocks accordingly.) Whatever the explanation, I think it worthwhile to point out that Beckworth's casual declaration that QE2 lowered bond yields is not so obviously correct as it might first sound.

Even more dubious is Beckworth's claim that QE2 will encourage bank lending. In light of all the praise Geithner & Friends have lavished on TARP, as well as the "rescue" of the financial system by the Fed, the following chart has become one of my favorites during this crisis:

Staring at the above chart — which shows business loans held by the commercial banks — I find it hard to see that the various interventions have "thawed the credit markets" as we are so often told. Yes, the interventionist economists have a theory that says their prescribed measures encouraged banks to lend more than they otherwise would have, but (as with the stimulus package) this is the very thing under debate. Looking at the actual evidence, the interventionist theory is on shaky ground indeed.

After his (dubious) claims about what QE2 would accomplish regarding interest rates, bank reserves, and bank lending, Beckworth gets to the main justification for Bernanke's new bond purchases:

[QE2] is about fixing a spike in the demand for money that has significantly hampered spending.

And there you have it, clear as a bell. Paul Krugman couldn't have said it any better. According to Beckworth, the problem with our economy is that people aren't spending enough.

This simple idea is very powerful; it permeates our financial press when they wring their hands and wonder if "the consumer" will buy enough Tinkertoys this holiday season "to pull the economy out of recession." But of course, if spending were really the trick to having a growing economy, then the world would have eliminated poverty long ago. No, it's production that is the real obstacle; consumption can take care of itself.

As I mentioned in the introduction, this is why intellectually consistent conservatives are defecting to the Austrian camp. They can't listen to their favorite AM radio hosts or TV pundits blast away at the stupidity of Keynesian deficit spending, and then turn right around and champion Bernanke's attempt to stimulate aggregate demand. Now, maybe the Austrians are completely wrong, but if so they are at least consistent: They say that fiscal pump priming just makes things worse, because it redirects resources away from private-sector uses and into politically directed channels. Well, Fed inflation does the same thing, except that it also directly distorts the credit market as an added bonus.

The Conservative Case for QE?

So how exactly does Beckworth argue that QE2 supports conservative principles? Let's let him explain:

It does so by reducing the likelihood of further government spending on the economy. Currently, there are important structural adjustments occurring in the economy such as the retooling of workers and the deleveraging of debtor households. These adjustments would be easier and in some cases expedited if QE2 were successful in spurring economic growth. Workers, for example, would have greater opportunities to retool — on-the-job training, higher income, more educational and employment options — and debtors would have both higher incomes to support their debt repayment and lower real debt burdens. Obviously, QE2 would also address the weak-demand problem, which would further shore up employment and income growth. By supporting such a market-based recovery, QE2 would eliminate the need for further fiscal stimulus. Programs like extended unemployment benefits would disappear, and budget deficits would be harder to justify. The federal government would be put on a more solid path to fiscal solvency. (emphasis added)

For starters, this entire string of delicious benefits is predicated on the assumption that QE2 will help the economy. Yet that's the very thing under dispute, is it not? Beckworth could just as well have penned, "The Conservative Case for Federal Job-Training Programs."

In other words, I haven't seen Sarah Palin or Glenn Beck (two "conservative commentators" that Beckworth singles out early in his article because they have criticized Bernanke) arguing along the following lines: "Sure, QE2 will increase economic growth and put people back to work. But, I oppose it because it smacks of progressivism, and I don't see a section in the Constitution where a Princeton professor with a beard has the authority to reduce the unemployment rate."

On the contrary, the conservative critics are saying that "the Fed can't print jobs" and that what the economy needs are tax cuts, not more inflation. It's true, as an Austrian economist I think these supply siders don't see the full picture, but even so I agree with much of their criticism of Bernanke's reckless dollar production.

In the quotation above, I emphasized one sentence to show just how ingrained the central bank has become to most economists. Beckworth actually calls a policy designed by a guy appointed by the president, running an institution that sits atop a cartel of the nation's banks, "market-based."

Let's put aside the question of whether the Fed should exist. Even on its own terms, in what sense is QE2 "market-based"? For example, suppose Bernanke had decided to inject $600 billion into the economy by buying the bonds of companies that he considered to be "strategically important" for the United States. Would Beckworth agree with me that this would smack of industrial planning, and could in no way be classified as market-based?

Well then, if the Fed shouldn't be allowed to pick winners and losers — in other words, if Bernanke shouldn't be able to pick and choose which organizations' bonds he will support, and allow to borrow on cheaper terms than their rivals — why should Bernanke be allowed to bestow such favors on the US federal government? That should be the last organization's bonds the Fed would buy, if indeed the goal were to promote the market at the expense of "big government."

David Beckworth's defense of further Fed inflation is thoroughly confused. Besides ignoring Austrian business-cycle theory, it rests on crude Keynesianism. Our economic problem is one of real-resource misallocation, where continued expansions of government and Fed interference have hampered the recovery from the housing bubble. We need less government, not more spending.