GET NEWS AND ARTICLES IN YOUR INBOXPrint
A
A
Home | Mises Library | Is Terrorism Good for the Economy?

Is Terrorism Good for the Economy? 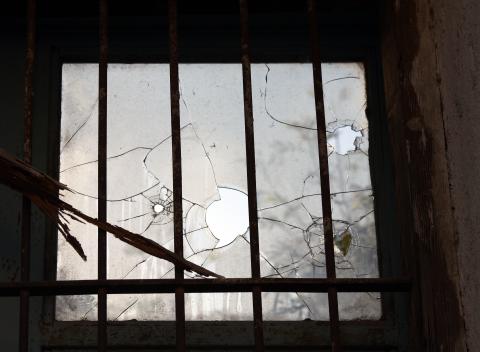 In his classic Economics in One Lesson, Henry Hazlitt reminded readers that the lessons of "good economics" versus "bad economics" must be relearned every generation.  One would have hoped that the "bad" lesson would not have occurred so soon after the destruction of the World Trade Center in New York City, but it seems that fallacies are abounding from the rubble.

Hazlitt bases much of his book on a simple lesson given by the great French economist Frederic Bastiat, the lesson of the "broken window."  In this "parable," a hoodlum throws a brick through a bakery window.  At first, the crowd that has gathered after the vandalism is full of sympathy for the poor baker, who now must shell out $200 to the glazier for the new window.

But then, someone in the crowd reminds everyone that the glazier now will have $200 that he did not possess before.  He will spend it, thereby beginning a new circle of prosperity.  The crowd thus concludes that, far from being a criminal, this lad who threw the brick through the baker’s window is a public benefactor.

One would think that anyone with any sense at all could see through the crowd’s misguided interpretation of the events and know that breaking windows does not bring prosperity. Yet Timothy Noah wrote in Slate (September 12, 2001):

We live in a very wealthy nation that responds to horrible disasters by spending large sums of money. . . . Why will the entire U.S. economy benefit, as opposed to just New York's? Because the money will be spent in the nerve center of American finance, which is having a rough time of it these days. . . . [T]he mere presence of construction activity around Wall Street will have a beneficial psychological effect on bankers and brokers. It will also provide a meaningful Keynesian stimulus to a national economy that, let's face it, was tottering on the brink of recession well before Sept. 11. The recession may still come, but the countercyclical spending should help shorten it.

Mr. Noah is a reliable promoter of economic fallacy, but one certainly would not expect to see economists espousing such a ridiculous point of view.  Yet, just days after the tragedy, a New York Post article quoting economist Lawrence Kudlow and his associates declared the following:

Initially, this could provide a significant boost to an economy that had been slumping.  The construction industry could benefit from the rebuilding process. There may also be a boon for slumping tech sales, in replacing lost equipment. "Tenants are going out to rent and develop new spaces, and will buy a ton of technology from companies that have been stagnant," said economist Larry Kudlow.  "In economics, it's called the ‘broken windows' effect—we may lose money and wealth in one way but we gain it back many times over when the rebuilding is done."

One would think that Kudlow was kidding, but the following Kudlow declaration in National Review makes it clear that he is serious.

Today, we must summon the patriotism to buy stocks, to finance economic recovery, and to show the world that the U.S. is strong and standing tall. . . . If millions of Americans each buy 100 shares of their favorite stock or investment fund on Monday, the winners will easily beat the losers at the closing bell.

First, such statements absolutely trivialize last week’s horror and its inevitable aftermath.  The loss of buildings and capital is bad enough, but thousands of people, many experts in their field who are not easily replaced, perished when terrorists destroyed the towers.  The physical losses are in the billions of dollars; the human losses are incalculable.

Second, this fails to recognize even simple opportunity cost.  It is true that some people will be made better off temporarily as insurance money compensates the owners in part for their losses and new construction begins.  Even then, however, anyone who has ever had to make an insurance claim on lost or destroyed property knows that the ordeal is hardly costless.

This analysis takes into account only a tiny number of New Yorkers who will be employed either cleaning up the rubble or rebuilding after this gruesome task has been completed.  Kudlow fails to recognize that the billions of dollars that insurance companies will pay for losses will come from funds that would have been invested elsewhere.  Other projects that were being planned will now die, as they will be starved for lack of available capital.

Furthermore, the horrific events of September 11 will hardly engender confidence in the U.S. economy.  We are already in a soon-to-be-serious economic slump, and the terrorist attacks this past week will only make things worse.  Even if investors followed Kudlow’s advice and purchased stocks wily-nily when the markets opened, such a rally would obviously be short-lived and lead to an inevitable crash in which the "patriotic" investors would be left worse off than before they had purchased the securities.

In short, what happened at the World Trade Center on September 11 was an awful event.  Yes, it will provide some opportunities for small, select groups, like some construction companies, trade unions, and those who specialize in dealing with disasters.  The vast majority of other people, however, including most New Yorkers, will be left worse off than before.

While even these commentators would see the fallacy in that proposition, in the end, there is no difference to declaring the "blessings of destruction" on the loss of a whole city or just a small part of it.  Both are part of the same fallacy which never seems to die.