GET NEWS AND ARTICLES IN YOUR INBOXPrint
A
A
Home | Mises Library | Teaching Kids about the Environment, Government Style 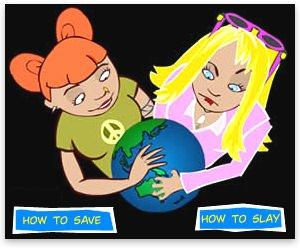 University campuses receive a great deal of attention due to the political and cultural indoctrination and activism that some academics try to pass off as education.[1] However, government education bureaucrats are eager to ensure that their prescribed views are etched on the slate of the human mind at a much earlier age. For this reason, the most shameless political and cultural activism is often directed, under the guise of environmental and social education, at young children attending government primary schools.

In Australia, governments have adopted environmental education programs that teach children that human intrusion into nature is to be condemned and that man's life must be subordinated to the preservation of nature, by government force if necessary. Under this view, nature is not to be preserved for the benefit of man, but rather, it is to be preserved for its own sake against the encroachments of man. This is the philosophy of environmentalism, and the standard viewpoint of environmentalists, according to philosopher Michael Berliner:

Nature, they insist, has "intrinsic value," to be revered for its own sake, irrespective of any benefit to man. As a consequence, man is to be prohibited from using nature for his own ends. Since nature supposedly has value and goodness in itself, any human action which changes the environment is necessarily branded as immoral. Environmentalists invoke this argument from intrinsic value not against lions that eat gazelles or beavers that fell trees; they invoke it only against man, only when man wants something. The environmentalists' concept of intrinsic value is nothing but the desire to destroy human values.[2]

Since explicit philosophical argument about the alleged intrinsic value of nature and the subordination of human values is too complicated for young children — and since explicit argument would demonstrate the environmentalist paradigm to be irrational — education bureaucrats instead adopt these principles implicitly as the normative basis for their environmental curriculum. This curriculum is not designed simply to teach facts about the environment — it is designed to alter behavior in ways that are acceptable to environmentalists and government bureaucrats. For example, according to a newsletter from the Cessnock City Council's Sustainability Programs Officer,

Changing any behaviour is difficult, which is why we try to instil the proper behaviours in our children from the very beginning. When it comes to the environment, knowledge on its own can be very disempowering. There has been lots of recent research on how to address the issue of "ecophobia" and in the school environmental education area you can't go past the work of David Sobel and B.B. Jensen… Sobel's work focuses on engaging the heart — learning to love the environment first then to protect it.[3]

Thus, rather than engaging the intellect of children to teach them basic facts about nature, education bureaucrats instead seek to "engage their hearts" — a process which is entirely antithetic to genuine education.

To get a taste of the approved "environmental education" activities of government bureaucrats, we can do little better than looking at a games website called "Planet Slayer," recommended for children under the Australian Sustainable Schools Initiative adopted by various Australian governments.[4] This games website, hosted by the Australian Broadcasting Corporation and created with the assistance of Film Victoria (both government bodies), introduces itself as follows:

Get the dirt on greenhouse without the guilt trips. No lectures. No multinational-bashing (well, maybe a little … ). Just fun and games and the answers to all your enviro-dilemas [sic].[5]

To assist in their "fun and games" and answer all their alleged enviro-dilemmas, children are guided by the protagonist cartoon character, "Greena, the Worrier Princess." Greena is of course the archetypal image of bohemian environmentalist virtue — a spunky green-eyed red head with funky glasses and a nose ring, a khaki T-Shirt with a peace sign, green pants with eclectic colored patches, and sandals.

Greena invites children to use the website's Greenhouse Calculator[6] to "find out what age you should die at so you don't use more than your fair share of Earth's resources." This calculator helps children to determine how much of a "greenhouse pig" a person is by answering questions about how much the person spends and consumes. On the basis of these answers the calculator determines the person's CO2 consumption, which is depicted by making the cartoon "greenhouse pig" look bigger, fatter, dirtier and angrier. When the child has answered the questions they are instructed to click on a skull and cross-bones symbol to find out when the person should die, depicted by having the pig explode in a bloody cartoon mess leaving only a pool of blood and a curly tail. For example, according to the calculator, the consumption of an "average Aussie pig" is 24.6 tonnes of CO2 per year. At this level, the calculator states:

Based on the emissions from your greenhouse usage, you used up your share of the planet by the time you were 9.3 years old! … You should die at age 9.3.

Some trial-and-error calculations quickly show that most of the questions affect the outcome very little. However, the most significant factor affecting the calculation is the amount of money spent in the past year, with people who spend large amounts of money being condemned to an early death. Thankfully there is salvation for these high spenders, since the calculator allows a longer life to those who invest in "businesses or organisations that make environmentally responsible products."[7]

Aside from learning when they should die, children can also share in Greena's adventures as she battles against all sorts of politically incorrect villains. In Episode 10, which bears the subtitle "Meat Is Murder … But Who Is that Dodgy-Looking Sheep?" Greena sees a dim-witted skinhead eating lamb and drinking beer in a restaurant.[8] She consults her "Activist Tactical Field Guide," which tells her:

REMEMBER: Most meat eaters are total hypocrites. Try confronting them with a live version of their favourite meat.

Lumberjacks and skinhead meat eaters aside, Greena's real arch nemesis and the central villain of the website is a young woman called X-on (presumably a play on Exxon).[9] This insidious character is of course the exemplar of the materialistic bourgeoisie — a blue-eyed blonde in a pink shirt, short pink skirt, pink sunglasses and high heels, with a French poodle and a pink handbag.

In the "This is your Lifestyle" section children answer questions on what items they would choose to buy or consume. When asked whether they would buy their drinks in a plastic bottle, a glass bottle or an aluminum can, our hero Greena shouts "Forget the packaging, it's all cultural imperialism!" Forget the packaging? This statement is particularly revealing, since it demonstrates that the lesson that the website is designed to impart is not primarily environmental, but political.

In the "Planet Slayer" game, children can choose to help Greena save the planet by opposing logging, nuclear waste, war, consumerism, and other evils, and supporting such good things as composting, clean transport, solar power, and protesting. Whereas Greena is again depicted as the virtuous savior of the planet, her nemesis, the bourgeoisie X-on, tries to destroy the planet by supporting the various bad things mentioned in the website — she not only supports consumerism, as is obvious from her clothing and accessories, but apparently also supports nuclear waste and war! Of course, since war is not primarily an environmental issue, this is presumably included to show that hippy types like our protagonist Greena desire peace, whereas materialistic bourgeoisie types like X-on apparently enjoy war.

For those who suspect me of exaggeration in these explanations, I welcome them to have a look for themselves. You really can't make this stuff up (well, not unless you're being funded by the Australian government anyway).

What this tells us about government education bureaucrats

While the "Planet Slayer" website is a particularly galling piece of environmentalist propaganda, the dry rot of government education for young children goes far deeper than a single website. Rather, "Planet Slayer" is reflective of the standards and inclinations of the education bureaucrats who design educational policies and curricula for children.

Far more unsettling than the actual contents of the website is the fact that, in order to appear as a recommended website for children in multiple government documents for various government schools across Australia, several education bureaucrats must have seen the website and approved of it. The fact that the above examples registered no sufficient reason to withhold recommendation of the website for young children is indicative of the goals of government educators. Moreover, since this particular website is both funded and hosted by government agencies, some other bureaucrats must have been intimately involved in its initial creation.

Given the total, absolute, and final disappearance of Homo Sapiens, not only would the Earth's community of life continue to exist, but in all probability, its well-being would be enhanced. Our presence, in short, is not needed. And if we were to take the standpoint of that Life Community and give voice to its true interests, the ending of the human epoch on Earth would most likely be greeted with a hearty "Good riddance!"[10]

For some adults, a greenhouse calculator which tells you when you "should" die may be a useful tool for making lifestyle decisions. For others, watching a "greenhouse pig" explode may just be a harmless bit of fun. For radical environmentalists it is a device echoing their desire to end the scourge of mankind. And for environmental education bureaucrats whose jobs rest on the philosophy of environmentalism, it is a means to "engage the hearts" of young children and inculcate them with the "proper" behaviors — namely, those which support wide government powers and the philosophy on which they rest.

Fortunately, there is hope. Vigilance from parents may be sufficient to ensure that young children are not propagandized during school hours. But this requires attention and diligence and, above all, asking children what they learned in school today.

[1] For a litany of examples see the archives of the Foundation for Individual Rights in Education (FIRE).

[4] The "Planet Slayer" games website is recommended in many government documents including:

Greenhouse calculator helps kids learn when they should die.
Figure 2:

Greena confronts an insidious meat eater in one of her adventures.
Figure 3:

Greena and her arch nemesis X-on in the "This Is Your Lifestyle" section.
"Forget the packaging; it's all cultural imperialism," shouts Greena.
Figure 4: