GET NEWS AND ARTICLES IN YOUR INBOXPrint
A
A
Home | Mises Library | Statism Left, Right, and Center 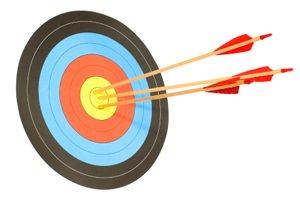 "Left," "Right," and "center" have increasingly become meaningless categories. Libertarians know that their creed can and does attract people from all parts of the old, obsolete ideological spectrum. As consistent adherents of individual liberty in all aspects of life, we can attract liberals by our devotion to civil liberty and a noninterventionist foreign policy, and conservatives by our adherence to property rights and the free market. But what about the other side of the coin? What about authoritarianism and statism across the board?

For a long while it has been clear that statists, right, left, and center, have been growing more and more alike — that their common devotion to the State has transcended their minor differences in style. In the last decade, all of them have been coagulating into the center, until the differences among "responsible" conservatives, right-wing Social Democrats, neoconservatives, and even such democratic socialists as John Kenneth Galbraith and Robert Heilbroner, have become increasingly difficult to fathom.

The common creed central to all these groupings is support for, and aggrandizement of, the American State, at home and abroad. Abroad, this means support for ever-greater military budgets, for FBI and CIA terrorism, for a foreign policy of global intervention, and absolute backing for the State of Israel. Domestically there are variations, but a general agreement holds that government should not undertake more than it can achieve: in short, a continued, but more efficiently streamlined welfare state. All this is bolstered by an antilibertarian policy on personal freedom, advancing the notion, for either religious or secular reasons, that the State is the proper vehicle for coercively imposing what these people believe to be correct moral principles.

This coalition of statists has been fusing for some years; but recently a new outburst of candor has let many cats out of the proverbial bag. It all began in the summer 1978 issue of the socialist magazine Dissent, edited by ex-Trotskyist Irving Howe. A lead article by the best-selling economist Robert Heilbroner says flat out that socialists should no longer try to peddle the nostrum that central planning in the socialist world of the future will be cojoined with personal freedom, with civil liberties and freedom of speech.

No, says Heilbroner, socialists must face the fact that socialism will have to be authoritarian in order to enforce the dictates of central planning, and will have to be grounded on a "collective morality" enforced upon the public. In short, we cannot, in Heilbroner's words, have "a socialist cake with bourgeois icing," — that is, with the preservation of personal freedom.

An intriguing reaction to the Heilbroner piece comes from the right wing. For years, a controversy once raged amidst the intellectual circles on the right between the "traditionalists," who made no pretense about interest in liberty or individual rights; the libertarians, who have long since abandoned the right wing; and the "fusionists," led by the late Frank Meyer, who tried to fuse the two positions into a unified amalgam. Both the "trads" and libertarians realized early that the two positions were not only inconsistent but diametrically opposed.

In recent years, the trads have been winning out over the fusionists in the conservative camp, as the conservatives have sidled up more eagerly to power. Now, Dale Vree, a regular columnist for National Review, takes the opportunity to hail the Heilbroner article and to call for a mighty right-left coalition on behalf of statism ("Against Socialist Fusionism," National Review, December 8, 1978, p. 1547). He also slaps at the fusionists by pointing out that the "socialist fusionists," those trying to fuse economic collectivism with cultural individualism, necessarily suffer from the same inconsistencies as their counterparts on the right wing, who have tried to join economic individualism with cultural collectivism.

Heilbroner is also saying what many contributors to NR have said over the last quarter century: you can't have both freedom and virtue. Take note, traditionalists. Despite his dissonant terminology, Heilbroner is interested in the same thing you're interested in: virtue."

But Vree's enthusiasm for the authoritarian socialist does not stop there. He is also intrigued with the Heilbroner view that a socialist culture must "foster the primacy of the collectivity" rather than the "primacy of the individual." Moreover, he is happy to applaud Heilbroner's lauding of the alleged "moral" and "spiritual" focus of socialism as against "bourgeois materialism." Vree quotes Heilbroner, "Bourgeois culture is focused on the material achievement of the individual. Socialist culture must focus on his or her moral or spiritual achievement." Vree then adds, "There is a traditional ring to that statement." And how!

He then applauds Heilbroner's decrying capitalism because it has "no sense of 'the good'" and permits "consenting adults" to do anything they please. Reacting in horror from this picture of freedom and diversity, Vree writes, "But, Heilbroner says alluringly, because a socialist society must have a sense of "'the good' not everything will be permitted."

To Vree, it is impossible "to have economic collectivism along with cultural individualism" or vice versa, and so he is happy, like his left-wing counterpart Heilbroner, to opt for collectivism across the board. He concludes by noting the fusion of "right-wing" and "left-wing" libertarianism, and then he calls for a counterfusion on behalf of statism:

Several mavericks have been busy fusing right-wing libertarianism with left-wing libertarianism (anarchism). If the writings of such different socialists as Robert Heilbroner, Christopher Lasch, Morris Janowitz, Midge Decter, and Daniel Bell are indicative of a tendency, we may see the rise of a socialist traditionalist fusionism. One wonders if America contains any "Tory Socialists" on the right side of its aisle who will go out to embrace them.

The whopping error in that paragraph is that one doesn't have to wonder for a moment.

The Buckleys, the Burnhams and their ilk have been scrambling for such an embrace for a long time — at least in practice. All that is left is the open and candid admission that this is what has been going on.

A new polarization, a new ideological spectrum, is fast taking shape. Big government, coercion, statism — or individual rights, liberty, and voluntarism, across the board, in every facet of American life.

The lines are getting drawn with increasing clarity. Statism vs. liberty. Us or them.