GET NEWS AND ARTICLES IN YOUR INBOXPrint
A
A
Home | Mises Library | Sports Stadiums: Temples to Crony Capitalism 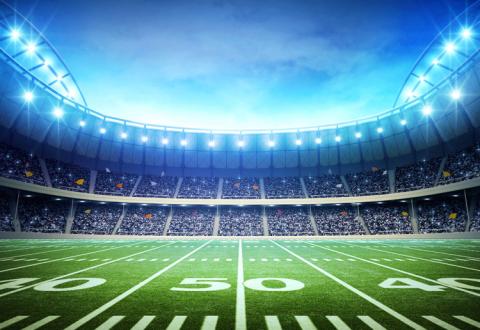 The NFL is running one of its own games on the public, and as one of the most subsidized non-profit organizations in American history, the NFL excels at tackling the American taxpayer. It should be of no surprise that with its religious-like following, the NFL receives the same tax-exempt status as a church, exempted under the IRS 501 (c) 6 code from paying federal taxes. The legislation puts the NFL as a non-profit trade association which it has been under since 1942.

But over the past twenty years, 101 new sports facilities have opened in the United States — a 90-percent replacement rate — and lately there has been a rising tendency for renovation costs to skyrocket into the hundreds of millions, which, according to Harvard University urban planning professor Judith Grant Long, the taxpayer foots on average 70 percent of the bill, with often not a penny coming out of the pockets of the team or its owners. The rest of the funding comes from tax-exempt municipal bonds supported under the G4 stadium loan program, which provides loans in return for revenue generated from ticket sales and premium seating.

As is the case with “too big to fail” financial institutions, the NFL is given politically-favored status, and protected by a trench of antitrust exemptions. But unlike the overpaid (read: taxpayer-subsidized) CEOs of Goldman Sachs and Chase Bank, NFL commissioner Roger Goodell earns twice as much as them, thanks to an NFL flush with taxpayer cash. Goodell earned more than $44 million in 2013, and in the past five years he has made over $105 million.

But the league’s most precious gift from the state is perhaps Public Law 89-800, which grants the NFL a legal monopoly over broadcasting rights. Walmart and BP can only dream of such a gift. According to Gregg Easterbrook, the 1966 law was “effectively a license for NFL owners to print money.” The deal was offered to the NFL in exchange for one promise: not to schedule games on Friday or Saturday nights during the fall, the time when most high schools and colleges play their games.

There are many unintended consequences at work, according to Bloomberg, many cities, counties, and states also pay the stadiums’ ongoing costs, by providing sewer services, electricity, stadium improvements, and other infrastructure. All this is happening while the NFL shrouds it’s rhetoric with free-market jargon like “job creation” and “revenue generation” which economists are now seeing the real cost of.

According to Long, when ongoing costs are added, her research finds that thirteen teams have made a handsome profit on stadium subsidies, thus receiving more money from the public than they needed to build their facilities. A few examples of the NFL profligacy can be seen in Chicago, where the Soldier Field renovation costs have already surpassed $650 million. This outdid the makeover cost of the Jacksonville Jaguars, Miami Dolphins, Denver Broncos, Washington Redskins, and Buffalo Bills stadiums combined. Ironically, this is happening in one of the most fiscally-damaged states in the country; Illinois is 42nd in job creation and on its way to matching the default risk-rating of war-torn Iraq. And in spite of its enormous cost, Soldier Field has actually lost 5,000 seats in the renovation.

In Chester, Pennsylvania, close to 45 percent of its residents live below the poverty line, and it’s been on the list of one of America’s most distressed communities since 1995. According to the Pacific Standard, Chester’s per capita income would rank between Turkey and Dominica. On average, its residents are poorer than those of Uruguay, Lebanon, and Antigua and Barbuda.

In spite of this, Chester spent $117 million on a soccer stadium. With 97 percent of funding coming from the public, that’s $3,334.90 for every man, woman, and child in Chester. Take a look at Forest City near Cleveland, Ohio where one out of every three people live in poverty — making it second on the list of the poorest big cities. It is home to three major sports facilities, including the Cleveland Browns, and total expenditures of the stadiums were $1.1 billion, with taxpayers subsidizing 75 percent of the cost, roughly $825 million.

But as far as politicians are concerned, the economic “contributions” of football teams are far more important than those of mere ordinary taxpayers. People whose jobs do not involve televised athletics must simply pay taxes without complaint to line the pockets of those with friends at city hall.