Songs of the Mises-Kreis (Complete Collection) 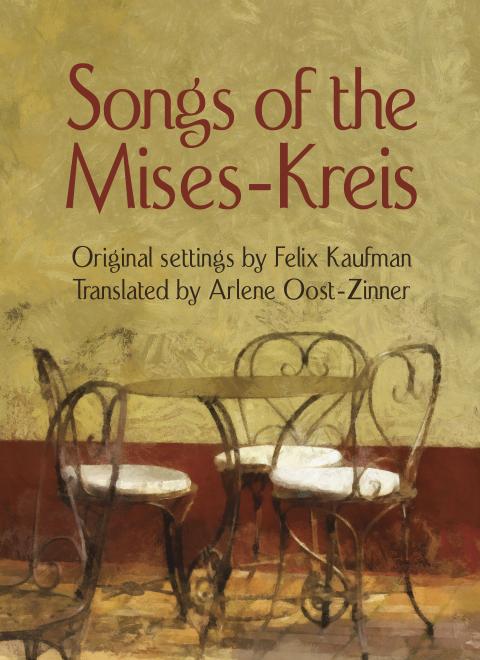 Tags Media and CultureHistory of the Austrian School of Economics

Here is the book that allows you to sing like Mises and the gang, with all verses for the songs we've been able to reconstruct, and complete piano accompaniments.

From 1920 until 1934, Ludwig von Mises conducted a fortnightly private seminar in his office, which could be attended only by invitation. Many of the greatest economists, historians, and philosophers of Europe would gather to discuss problems and issues in a setting where Mises himself led the discussion, as "first among equals."

The formal meetings would begin at 7:30pm and last as late as 10:00pm. Most of the members would then gather for dinner at the restaurantAnchora Verde, where the discussion would grow lighter. Afterwards, they would continue to the Café Künstler, opposite the University of Vienna, for coffee until 1:00am, when Mises usually left. Fritz Machlup reports, however, that when he left at 3:00am, he usually had to say goodnight to philosopher Alfred Schütz!

Adding poetry and music to the late-night gatherings at the Café Künstler were the songs that philosopher Felix Kaufman wrote for the group. Based on Austrian folk melodies and popular songs, and written in both High German and Austrian dialect, they featured clever references to the contemporary debates and the internal culture of the Mises Kreis.

In 1934, after economist Gottfried von Haberler had left Vienna for Geneva, Switzerland, Kaufmann delivered to Haberler copies of all the songs, a total of 28.

When in 1990 it was decided to publish them in a German-language edition, Haberler was interviewed about them. The interviewer asked about his surprising ability to recall so many by heart.

"In the first place," Haberler said, "they dealt with interesting problems or with actual events that we all knew and that as a result were rendered memorable. The same went for the melodies Kaufmann chose for his lyrics—we knew them all.… Kaufmann took great pains with the text of his songs. Still today, the reader will find interesting points throughout. Kaufmann was also careful to see that the thoughts sounded well in rhyme."

This is the first English-language edition, with a more elaborate presentation with full musical scores and poetic renderings offered by Arlene Oost-Zinner, who researched both text and melody for more than a year. The songs were performed for several events at the Mises Institute, sometimes to uproarious applause and laughter. These "canonical" editions of the songs were typeset by Jonathan Eason.

The Mises Institute extends a special thanks to Das Wiener Volksliedwerk for its ongoing help in reconstructing these songs for contemporary performance. May they provide artistic enjoyment, but more importantly, a special look into the cultural heart of the Misesian intellectual movement in the interwar period.

The Song of the Mises Circle

This must have been a main theme song for the circle, and it is striking that this song is among the most difficult to sing, with complicated rhythms and a large tonal range. It speaks of the sheer excitement of those coming to the gathering. The members rarely received academic credit, and with the university department chair warning people against going, it is easy to imagine a sense of camaraderie must have been part of the culture of the group. There are references to the late-night hours, the chocolate truffles that Mises would frequently bring, and how the evening and night would breeze by. The final verse includes a strong stand in favor of sticking by principle no matter what the state of opinion or the seeming futility of fighting against political trends.

The Grenadier of the Name Marginal Name Utility Type School

This song is a hilarious takeoff on Schumann's famed Grenadier song about the personality cult surrounding Napoleon. The subject here, however, is (however implausibly) the theory of marginal utility as fashioned by Carl Menger and carried forth by his student Eugen von Boehm-Bawerk. An economist goes to Germany to discover that the theory has few followers in that country. Shocked and horrified, he decides that his books and his life are worth nothing. He prepares to commit suicide but is spared this fate by the ghost of Boehm-Bawerk, who appears as a vision to tell him to fight on for the theory, even to a bitter end.

Hans Mayer was the chairman of the economics department, the leading student of Friedrich von Wieser, and an advocate of national socialism. He had targeted Mises early on, and made life as difficult for him as possible. Mises, however, had no interest in Mayer's theories or political machinations, and continued to his work in the Mengerian tradition. This song, then, presents two economists talking past each other - sort of "inside joke" for all the Misesians gathered. Mises's words forms the repeating choral: "I know this 'cause marginal utility sheds light on economy."

The Mises Circle entertained many foreign visitors, among whom Alfred Stonier from London and Paul Sweezy from Boston. This song pokes some delightful fun at their guests. In particular, the dedicated Marxist Sweezy, famed for his role in the promotion of socialist theory, comes in for some teasing. After repeated lecturing from members of the Mises Circle, Sweezy finally begins to get a feel for the theory of marginal utility and swears that he will take these insights back to Harvard with him. But just before getting back on the boat, he chooses doctrine over science. Exasperated, the Austrians say: "Ach, it's not that complicated, values can't be calculated; people do just what they do."

Downfall of the Business Cycle

A frustrating problem for Circle members was the inability of the public and policy makers to understand business cycle theory. One has to look beneath the numbers, this song instructs, to understand the "broad tableaus" of human choice. The state, in particular, is attached to numbers rather than causal-realist analytics. The lyrics say that this is a dangerous method, particularly when it is detached from any value in favor of freedom. Memorable lines include: "The ways of science provide for us but one small slice, And it alone cannot a nation feed," as well as "Oh take not value from our repertoire; heavens, without it man has no North star." Finally, there is an oblique reference to F.A. Hayek here as the one man at the Business Cycle Institute who does all the work.

The Scientist and the Methodologist

This song must have been a joy for methodologist Felix Kauffman, who, despite his attendance at the Mises Circle, remained a dedicated positivist. The song tells the story of Mises himself, rendered here as "the scientist," working into the late-night hours on a book on methodology for the social sciences. A devil's advocate appears and vexes him with and endless array of objections and puzzling questions. The lesson of the song is that one should stay away from this area of research, since all it will "weave you is heartache, and thoughts torn apart at the seams."

This song once again returns to the great debate between the Mengerians and the Wieserians, while adding a third school to the mix: that of German empiricism. The first verse begins with the claim that all that matters is the collection of data. The Mises Circle instructs that "such a data set, theory will not beget, and efforts of this kind invite redress." Next up are the Wieserians with their theory of "natural value" and their promotion of socialism. The Circle concludes that this theory is "sadly lacking." The final verse is a tribute to Mises that prompts all present to choose getting to dinner rather than continuing the debate: "But with Professor Mises’ seminar that teases thoughts of truth from those who love retort; thinking begins at seven, And lasts 'til nearly eleven, but certainty's supply is never short. Now all ears in suspension, everyone’s attention turns to him with wisdom nonpareil. With knowledge apodictic, dinner looms realistic: Theory alone cannot our hunger quell."

This is the most heartbreaking of all the songs. It tells of the preparations in place for Mises to leave Vienna for Geneva, given the rise of the Nazi threat right in Vienna. Hayek was already in England and now Mises is leaving too. The chorus regrets: O quae mutatio rerum. How things change. The ending line about " Wilson's dream" refers to the United Nations, which had provided the funding for Mises's new position.

Elegy of the Mises Kreis

One can assume that this song was written after Mises's departure. It is as clever and abstract as it is affecting. The lyrics employ geometric references about how the circle has come apart: "Radii are left to wander with nowhere to go." It ends with a dream that someday the circle will come back together again. And when this happens, "pi’s jubilation [will not] be restrained."

The Mises Institute works to advance the Austrian school of economics and the Misesian tradition,...