Some Subtler Arguments for Tariffs 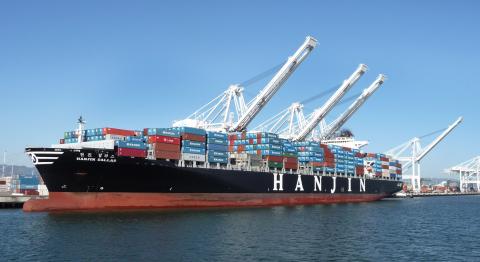 The Bush Administration recently announced that it would repeal its controversial steel tariffs, proving that even Republicans will occasionally let market prices do their job. The move of course had nothing to do with a newfound appreciation of David Ricardo: Even the official press releases make it clear that the repeal was in response to a possible trade war, and that all the talk of the "modernized" domestic industry is just cover to make a political move appear economically consistent.

In any event, the whole episode has given rise to the same mercantilist arguments that have always been used to justify tariffs. And although the definitive case for free trade was made back in the 18th century, these pro-tariff arguments deserve refutation each time they resurface.

The crudest justification, namely that tariffs "save jobs," is incredibly naïve: A country ultimately pays for its imports with its exports, and so to "save jobs" in the steel industry by raising tariffs will only destroy jobs in other exporting industries when foreigners have fewer American dollars with which to buy our products. And having to pay the tariff—as with any tax—leaves fewer resources available for job-creating investment.

Not only do tariffs fail to create employment on net, they also channel workers into less productive lines, and hence reduce overall output and consumption. After all, Alaska could certainly "create jobs" in its agricultural sector by banning all imports of fruit. At the artificially high prices, it would then be profitable for firms to open greenhouses in Alaska in order to grow apples, oranges, and other fruits that were previously imported. But does anyone think that this policy would be good for the average Alaskan?

Because of considerations such as the above, many proponents of tariffs recognize the absurdity of tariffs as a general rule. However, they feel that there are certain, special cases in which tariffs are justified, and indeed vital to a nation's survival. In the remainder of this article, I will analyze three such arguments.

Many people believe that a tariff on a specific country's goods is necessary whenever the United States suffers from a high trade deficit with that country. (A trade deficit occurs when the monetary value of imports from a country exceeds the monetary value of exports to that same country.) Yes, such people might argue, trade is good in general, but only when it is balanced. If the U.S. consistently buys more from, say, Japan than the Japanese buy from us, then this is a losing proposition in the long run, because it drains our currency and undermines our ability to produce in the future.

Such arguments are almost as silly as the general desire for protectionism, for they overlook the fact that a country might have a trade deficit with Japan but a trade surplus with other countries. A country ultimately pays for its imports with exports, but that doesn't mean a country must pay for its imports from Japan with exports to Japan.

If trade deficits still seem dangerous, consider that everyone (who has a job) has a huge trade surplus with the city in which his or her employer is located, and a trade deficit with many other cities in the United States. In my case (and as I explain to my students), I have a huge trade surplus with Hillsdale County: if we added up all of the transactions I conduct with people who live in Hillsdale County, we would find that every month I end up paying out far less than I receive. In contrast, I have a large trade deficit with the nearby city of Jackson, since this is where my wife and I go on weekends when we want to do some decent shopping. Am I conducting my trade policy foolishly? Should I restrict my purchases from Jackson until I take a part-time job in that city, perhaps at the Denny's?

Another popular justification for tariffs is the infant industry argument. According to this argument, a tariff is indeed bad in general. However, a temporary tariff in a developing industry is a good thing, because it allows the domestic firms to mature and become competitive with foreign, established firms in the industry. Once the infant industry has caught up with the state of the art foreign competitors, the tariff can be removed.

It is telling that such proposals never mention the duration of the "maturation" process. After all, if consumers are forced (by the tariff) to pay higher prices to relatively inefficient domestic producers for, say, two years, after which the domestic producers will outcompete the foreign rivals and offer lower prices forever after, then the deal doesn't sound so bad. But if consumers are forced to indirectly subsidize inefficient domestic producers for eighty years in the hope that they will one day become competitive, then the proposal sounds far less appealing. The fact that those espousing the infant industry argument never even mention the time frame just shows how little thought they've actually given to their proposal.

The infant industry proposals notwithstanding, the free market contains a mechanism by which firms can suffer short-run losses so long as they are compensated by eventual long-run profits. That mechanism is simply a loan. Plenty of new firms, especially sole proprietorships, don't make money in their first few years of operation. But so long as the present value of the firm's expected future cash flows is positive, the firm's owners should be able to borrow money to finance the first few years as they develop experience, name brand trust, etc.

If a firm or group of firms can't achieve funding from private investors to go ahead with their projects because the present values of their ventures are negative, then that is the market's way of saying that their schemes would squander valuable resources in the short run without sufficiently compensating gains in the long run. The advocate of a tariff to promote an infant industry is thus saying that he or she knows better how to determine intertemporal tradeoffs than the average person in his decisions to borrow or lend money at different rates of interest.

The absurdity of the infant industry tariff can be illustrated by considering an "infant worker" tax, which would be a tax levied on experienced workers in order to encourage businesses to hire younger workers with less experience. After all, without giving the young workers such help, how would they be able to survive during the years of training in schools? Clearly we need to tax older workers in order to encourage the development of human capital in our infant workers!

A third popular argument in support of tariffs is that certain industries, such as steel, are essential for war preparedness. People arguing this route may concede that steel prices will be higher, and the standard of living lower, from a purely economic point of view, but that it's better to lose a few dollars per year and have a guaranteed supply of steel rather than risk losing a war.

This argument fails to appreciate that the free market is entirely capable of handling disruptions in supply. If the protectionist citizen who writes Letters to the Editor is capable of foreseeing an interruption in steel imports during a major war, so too can the tycoons and speculators in the steel industry itself. After all, they stand to make or lose billions of dollars depending on the accuracy of their forecasts.

Consider the worst-case scenario where the U.S. imports all of its steel from foreign countries, and there is a large probability that there will be a major war in one year, and that if this happens every single one of our suppliers will cut off shipment of steel. What will be the market's response? Will steel continue to sell at its usual price, and will people in the steel industry focus merely on tomorrow's stock prices?

Of course not. If the supply of steel should be completely cut off, the market price of steel would skyrocket (assuming the government does not take steps to prevent "gouging" and "profiteering"). Because of this possibility, speculators today will buy and stockpile huge quantities of steel at the current low prices. (After all, even if the war never comes, they can simply resell the steel at its original price, losing only the costs of storage. Steel is not perishable like milk or tomatoes.)

In addition, if the war is expected to drag on for many years, so that at that point a domestic steel industry would be necessary, then it will be presently profitable for entrepreneurs to refit their factories so that a switch to steel production can be effected relatively quickly should war break out. And if, because of this costly refitting, the firms in question can cover their variable costs (though not their total costs) through production of steel, then the possibility of war (and exorbitant steel prices) will spur a domestic steel industry operating at a short-run loss in the hope of making up for its sunk costs once war breaks out.

In short, the profit system will automatically lead private businesspeople to take precisely those farsighted, cautionary measures that the steel tariff allegedly promotes. The difference is, the private actions would only be undertaken if the risks were high enough to make the cautionary measures worth their cost, whereas politicians will enact steel tariffs in the name of defense even if there is no real threat of a complete disruption in imports.

In conclusion, we have seen that three popular arguments for tariffs—reducing trade deficits, promoting infant industries, and ensuring national security—are just as fallacious as the cruder protectionist claims. The Bush Administration should never have imposed the steel tariffs in the first place.