Soda and the Sin Tax 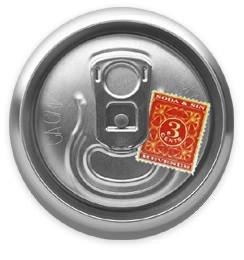 In the intellectual battle for liberty, sometimes it's a good idea to skip the latest high-brow attack on capitalism from the Left or Right and instead poke fun at a ridiculous news article. A recent AP story, "Scientists in food fight over soda," provides a perfect target.

The article begins by informing us of new reports in science journals that "add evidence to the theory that soda and other sugar-sweetened drinks don't just go hand-in-hand with obesity, but actually cause it." The point is important because "proving this would be a scientific leap that could help make the case for higher taxes on soda, restrictions on how and where it is sold — maybe even a surgeon general's warning on labels."

Before continuing, I note with dismay that I am old enough to remember when libertarians and conservatives would object to government interference with tobacco and alcohol by asking, "What next? Will the government start taxing fatty foods and put warning labels on fettuccine alfredo?" I can honestly remember that the proponents of the "serious" regulations dismissed this particularly slippery slope argument as absolutely absurd, that nobody would ever advocate a tax on fatty foods. And yet now, Barry Popkin at the University of North Carolina in Chapel Hill defends the taxes on soda by pointing out, "We've done it with cigarettes."

The news article, in a nod to fairness and balance, naturally quotes people who are scandalized by the proposals. For example, Adam Drewnowski, director of nutritional sciences at the University of Washington in Seattle, says, "The science is being stretched." Ah, but don't worry about his view, because immediately after the quote the article tells us, "[Drewnowski] owns stock in beverage companies and has done extensive research in the field, much of it financed by industry but also some by government."

There are all sorts of things that bother me about that last bit. First, do you mean to tell me that the reporter couldn't find one single qualified scientist who opposes these new regulations, and yet doesn't own stock in beverage companies? The way the article currently reads, the only scientists who oppose the taxes are the stooges of the corporations. Besides Drewnowski, the article quotes a Richard Adamson who said it's "laughable" to compare obesity with lung cancer, but the reader is quickly told that Adamson is "a senior science consultant to the American Beverage Association."

Second, what about the government funding of all of the pro-tax scientists? These connections are ignored; for example, the article didn't mention that Barry Popkin of UNC Chapel Hill is an employee of the government. If we are to automatically assume that anyone who is funded by the beverage industry would therefore oppose taxes on soda, why shouldn't we also assume that anyone who is funded by the government would support taxes on soda (and everything else)? Note that I don't simply mean the vague connection between tax receipts and scientific funding out of tax revenues; I am being far more cynical and suggesting that the government might be more willing to fund those scientists who get behind programs that expand the government's power.

But by all means, let us move on to the evidence behind this scientific link. For example, we are told that soft drink consumption rose "more than 60 percent among adults and more than doubled in kids from 1977-97," and that "the prevalence of obesity roughly doubled in that time." Now get ready: "Scientists say these parallel trends are one criterion for proving cause-and-effect."

I don't really know that I need to ridicule that last sentence; just quoting it should be sufficient. But in case you don't see what the big deal is, let me spell it out: Did we really need scientists to tell us that when two things happen at the same time, it suggests that there might be a cause-and-effect relationship? And, I'm sorry to say for these scientists, mere association is never ever proof of causation. The other "criterion" besides the "parallel trends" would be the complete absence of kids who drink more soda and don't gain weight. Of course such counterexamples exist; there are indeed people who drink a lot of soda and aren't obese. Whoops, there goes the possible proof of a strict cause-and-effect relationship.

But let's go back to the precious statistics: "[A study] of 548 Massachusetts schoolchildren found that for each additional sweet drink consumed per day, the odds of obesity increased 60 percent." What exactly does this statement even mean? It surely doesn't mean that if you drink two cans of soda per day, you have a 120 percent chance of being obese. So it must mean that of the 548 Massachusetts children who drank zero soft drinks, a certain percentage A were obese. Then if you look at the sample children who drank 1 soft drink per day, a certain percentage B were obese. Of the children who drank 2 sodas per day, C percent were obese, and so on. Now do you mean to tell me that B=(1.6)A, while C=(1.6)B, D=(1.6)C, etc.? In other words, do we really believe that the increase for "each additional sweet drink consumed per day" was 60 percent regardless of the number of initial drinks to which we add one? Of course not; even that figure of 60 percent must itself be an average. And for all we know, the initial percentage could be very low, so that even drinking 200 sodas per day gives you a 1 percent chance of being obese. (Naturally I don't think that's the case, but it could be, for the scant information provided by the news article.)

Our good friend Popkin also tells us that sugar-sweetened beverages "may be psychological triggers of poor eating habits and cravings for fast food." To this end, he studied the dietary patterns of 9,500 American adults in a federal study and found that those "who drank healthier beverages — water, low-fat milk, unsweetened coffee or tea — were more likely to eat vegetables and less likely to eat fast food." On the other hand, "fast food consumption was doubled if they were high soda consumers and vegetable consumption was halved."

You don't say, Dr. Popkin. Can I get some federal money too? I have a strong hunch that plastic sporks cause people to eat the unhealthful offerings at Taco Bell. In a follow-up study, I'll examine the psychological triggers of their Mild and Hot sauce packs.

After giving a nod to the other side — but again, not without reminding the readers that they are all funded directly or indirectly by the beverage industry — the article closes with "[o]ne of the nation's leading epidemiologists who has no firm stake in the debate, the American Cancer Society's Dr. Michael Thun." This august scientist adds the following to our understanding of this important social issue:

"Caloric imbalance causes obesity, so in the sense that any one part of the diet is contributing excess calories, it's contributing causally to the obesity," Thun said. "It doesn't mean that something is the only cause. It means that in the absence of that factor there would be less of that condition."

Did you get that, folks? Soda causes obesity in the sense that soda has calories, and so if you drink more soda and don't cut back on other sources of calories, you'll have more obesity. Who would've thought?

Unfortunately, not even the lapdogs of the beverage companies questioned the government's authority to regulate against obesity — one of them actually suggested that instead of taxing soda, the government should subsidize vegetables!

Rather than make the case for consumer choice, these consultants (like the tobacco companies) try to argue the impossible and say that there is no established link between soda and obesity.

Now in fairness, these are the industry scientists, and so one could claim that their job is to argue about the science, while other industry representatives (the political economists?) should argue the freedom angle.

Even so, it's depressing that in a fairly long news article, no one even mentioned the fact that consumers have a right to drink whatever they please, and that if indeed "public" schools are making kids overweight, that that's yet another reason to shut them down (the government schools, not the kids).

Beyond the injustice of more looting every time you buy a soda, these proposals would be yet more precedent for future government invasions of liberty. In twenty years, when someone proposes that slothful television viewing be regulated, some scientist will no doubt say, "We did it with Coke."