The Social Function of Economic Inequality 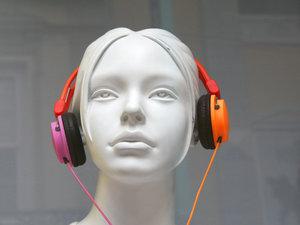 Tags The EntrepreneurSubjectivismValue and Exchange

The unhampered market creates economic inequality. Free marketeers tend to concede this fact as an unfortunate defect in an otherwise laudable system. F.A. Hayek, however, in a chapter from The Constitution of Liberty, argued that inequality is fundamental to a society's progress. Hayek explained how, by purchasing luxuries unimaginable to the average man, the rich unwittingly perform a vital public service. Indeed so fundamental is inequality to economic progress that egalitarian societies, Hayek concluded, would be faced with no choice but to deliberately re-inflict upon themselves the very class systems they had sought to escape, should they wish to achieve well-directed economic advancement.

There never exists sufficient material resources to institute all technically feasible innovations at once: fantastic ideas are always in a surplus relative to our physical means. Hence, there is a need for choice between paths — not every new idea can be successful at revolutionizing the lives of consumers. But who decides which innovations are to be successful? The rich.

Those new goods that prove sufficiently popular in the marketplace will spread through the upper echelons of society; they will come in time to be strongly associated with the finer things in life. Though of course desirable on their own terms, it cannot be denied that their appeal is enhanced by this association. The rich are mannequins over which these new ways of life are seductively draped. And in observing this display of "better things," the poor come to see something concrete to which they might personally aspire; they envisage those same goods in their own homes.

The rich's consumption decisions have the effect of giving the future a specific and achievable form. The future is no longer an abstract concept: it is a tangible item that one expects for himself or his children to someday enjoy.

To be sure, the rich intend only to buy luxuries for themselves — they do not intend, when browsing new technologies, to inform the very direction of societal progress. Regardless, they find the poor attentive to their tracks, tracing their steps forth.

Hopefully, the role played by the rich is clear: it is they who provide the market on which new and expensive technologies might find success; it is their spending which is the lifeblood pioneers seek. Their choices are scrutinized by those behind and, like a contagion, the desire for their lifestyle spreads, prompting a frenzy of further, cost-cutting developments and innovations which eventually climaxes in provision for all. Ultimately, the consumption decisions of the rich set the path for those behind; they sculpt the horizon for which society is bound.

Why Is this Good?

This piece began with the claim that, when the rich spend lavishly, they perform (albeit inadvertently) a vital public service. Admittedly, it remains unclear how exactly anyone could defend this claim. Why should we favor the state of affairs outlined above, whereby the consumption decisions of the rich guide our progress? One is required to imagine a counterfactual, characterized by perfect egalitarianism, before he may come to appreciate the important function served by inequality (i.e., by the rich) in society.

The Department of Research and Development

Clearly an egalitarian society, existing by definition without wealth disparities, could provide no market for expensive, nascent technologies. Hence, in such a society no consumers would nurture technological saplings. Without a high-end market on which to sell, innovators would find less incentive to innovate: they wouldn't earn a dime until the economy had advanced to a stage at which general provision of their new product was feasible. This wait might in some cases exceed the innovators' life spans. But could not the State plug this hole?

We will posit a Dept. of R&D, created to overcome this problem. They provide a State-funded forum for innovation. It is this Dept. of R&D, in the absence of a rich class, which is tasked with providing rewards to innovators. Innovators need wait no longer to be compensated for their brilliance. In this way, a role for the rich has been entirely omitted; goods need never be the preserve of any privileged few. The State keeps in its employment a host of innovators, whose products will be released from the labs only once general provision is feasible.

Here is the problem: who will decide which innovations are to be instituted first, second, and third, i.e., which ideas and designs should receive the bulk of the innovators' time? In unequal societies, this is determined by the rich. The rich's consumption decisions provide information as to the relative importance of new, expensive luxuries. And on reflection, it is clear that they are best equipped to make such judgments. The rich live in an advanced state: their present lifestyle anticipates that of the future. It is, therefore, the rich who are best able to predict what average men of the future will want, and hence it is also the rich who may best direct modern-day innovators, who, because of the long timeframe of their work, are engaged in anticipating today the preference scales of tomorrow.

As an extreme (and possibly tasteless) illustration of the foregoing, imagine an impoverished Zambian boy being asked to choose Christmas presents for his middle-class, American counterpart from a 2014 catalog. The Zambian might well understand that a copy of The Crew on PS4 would grant the American a fantastical virtual adventure; that Water Dancing Speakers would illuminate his room as he listened to music; and that a Remote Control Robot would entertain him as it "danced, spoke and fired disks." He would not, however, be well-placed to judge the ranking of the goods in the catalog on the American boy's preference scale. The Zambian lives in a far less-advanced material state, and hence finds it hard to think beyond those more basic things to which he presently aspires.

The people of an egalitarian society would similarly struggle in thinking beyond their current, more meager aspirations. In an unequal society a rich class exists ahead of the rest, with a view of the way forth; the desires that spring from their lives of luxury are a map for those at the helm of material progress. Without such a class of people, innovators would be without much indication as to the likely ordering of future preference scales, and as a result they would provide less effectively for future generations.

As mentioned in the introduction, the egalitarian society could overcome its problem only by destroying itself. It would be forced to create sectors of society that lived in more advanced states, so that innovators in the employment of the Dept. of R&D would have the ability to compile focus groups with which they could consult and by whose preference scales they could be guided. Hayek remarked that this "situation would then differ from that in a free society merely in the fact that the inequalities would be the result of design and that the selection of particular individuals or groups would be done by authority rather than by the impersonal process of the market and the accidents of birth and opportunity."

In an unequal society, even when innovative new products are still in their infancy and costly to manufacture, it is possible to subject them to a market test. The results of these tests may be used to direct innovators and entrepreneurs: they will abandon their efforts to further develop those goods that proved unpopular among the rich, focusing their resources instead in the refinement of those goods that proved popular. The rich's lavish spending, then, is a signal for innovators, providing direction as to how they might best focus their efforts — the rich's preferences, remember, act as a proxy for those of future average men. When there is no class of rich people, as in egalitarian societies, there is no longer anybody to channel the preferences of tomorrow. Innovators are left in this case to stumble without guidance. They will find no indication as to the popularity of their products with future men, and hence will be far more likely to find themselves engaged in worthless endeavors, to the detriment of themselves and society.