GET NEWS AND ARTICLES IN YOUR INBOXPrint
A
A
Home | Mises Library | Sir Thomas Smith: Mercantilist for Sound Money 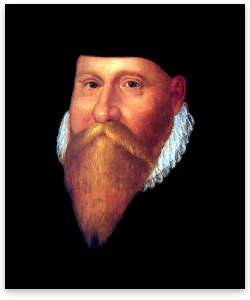 The honor — if that be the proper term — of being the first English mercantilist writer should have gone, for four centuries, to Sir Thomas Smith the Elder (1513–1577). Instead, his remarkable work, A Discourse on the Commonwealth of this Realm of England, written in 1549 and published anonymously in 1581, was at first unidentified, and since its 1893 reprint has been incorrectly attributed to another Tudor official, John Hales (d. 1571).

Thomas Smith was born into a poor family of small shepherds in the county of Essex. Impoverished but brilliant, Smith managed to enter Cambridge, where his scholarly abilities were soon recognized. There he rose to become Regius Professor of civil law, and then vice chancellor of the university. Smith was a notable orator and a learned and brilliant polymath who wrote books on Greek pronunciation and English spelling, and was deeply interested in mathematics, chemistry, linguistics, and history.

Smith embarked on a career as politician and bureaucrat by becoming a secretary under the protectorate of Lord Somerset, from 1547 to 1549. Though an Anglican, Smith was a moderate who cared little for religious matters, so he was able to serve as privy councillor under Catholic Queen Mary on the recommendation of his old Cambridge colleague, the Catholic Bishop Stephen Gardiner. Under Queen Elizabeth, his influence continued through the powerful position at court of his old Cambridge student, Sir William Cecil, later Lord Burghley. Smith, however, was often out of power, a fate helped by his arrogant, boorish, and feisty personality.

Thomas Smith was a bitter critic of debasement, and he therefore became a vocal opponent of his mentor Lord Somerset's policy of repeated debasement in order to acquire increased revenue for the Crown. Sent into exile from the court in 1549, Smith brooded and then did what was characteristic of him — marshaled and wrote down his thoughts in the form of a treatise. This penetrating, lively work was written in the form of a dialogue among several characters, with The Doctor being the spokesman for the author's own views. Later Smith was to repeat the dialogue form in his book Dialogue on the Queen's Marriage (1561). The former work was not meant for publication, Smith noting in the tract that "it is dangerous to meddle in the king's matters," as indeed it was.

The basic thrust of the Discourse on the Commonwealth was an attack on debasement, and its consequences in high prices, inflation, and social unrest. Debasement, and not the arbitrary decision of farmers or merchants, is responsible for higher prices. The principal losers from this policy are people on fixed incomes. The Discourse was published after Sir Thomas's death by his nephew William; included are later passages, interpolated by Thomas during the 1570s, attributing the Elizabethan inflation of the later 16th century to another factor — the influx of newly mined specie from the western hemisphere. It is not known whether Smith was familiar with the similar Navarrus analysis of 1556, or the Bodin analysis of French inflation 12 years later, or whether this was Smith's independent discovery as price inflation moved from Spain northward into Europe.

In 1562, Smith returned to the debasement theme, in a lengthy work, still unpublished, The Wages of a Roman Footsoldier, or A Treatise on the Money of the Romans. This treatise on Roman money and coinage was written in answer to a question posed to him by his friend and colleague Cecil, at this point Queen Elizabeth's principal secretary. Again, Smith returns to his attack on debasement as evidence of "the decay of the state," and as a cause of "excessive prices."

In both the Discourse and the Treatise Smith took the convenient if fallacious position that the king himself is the greatest loser from the high prices caused by debasement. Since debasement adds to the king's revenue immediately and before prices have had a chance to rise, the king, on the contrary, is the prime beneficiary of debasement and other measures of monetary inflation.

Smith's Discourse is strikingly modern in frankly grounding its social analysis in the individual's drive for his own self-interest. Self-interest, Smith declared, is "a natural fact of human life to be channeled by constructive policy rather than thwarted by repressive legislation." Not that Smith abandons nascent mercantilism for any sort of liberal or laissez-faire outlook. Self-interest is not to be left alone within a property-rights framework. It is to be channeled and directed by government to a "common goal" set by the state. But at least Smith was wise enough to point out that it is better for men to be "provoked with lucre" towards proper goals than to have governments "take this reward from them." In short, government should work in tandem with the powerful incentive provided by individual self-interest.

Smith sees that economic incentives are always at work in the market to move economic resources out of less profitable, and into more profitable, uses. And governments should work with such incentives, rather than against them.

John Hales came from a prominent Kentish family, and was a friend of Smith and a fellow Tudor official. Yet his economic and social philosophy was very different. In 1549, for example, the year that Smith's Discourse was written (and which included an attack on new taxes on manufactured cloth) Hales was the very person responsible for instituting the tax. Hales also disliked two favorite themes of the Discourse: love for the civil law, and admiration for sheep farming. Hales, furthermore, far from being indifferent to religion, was a deacon and a dedicated organizer of Bible readings.

Most important in any contrast between Hales and the author of the Discourse, Hales attributed the high prices, not to debasement, but to three very different supply-side factors: scarcity of cattle and poultry, speculation, and excessively high taxes. None of these factors in truth can account for any general price increase.

Finally, Hales took the old-fashioned moral position of attributing all ills, including high prices, to man's all-pervasive greed. (Why greed should have increased rapidly in recent years to account for high prices was of course a problem that was not even addressed.) Greed and the desire for profit were the great social evils. The only cure for all this, opined Hales, was to purge man of self-love: "To remove the self love that is in many men, to take away the inordinate desire of riches wherewith many be cumbered, to expel and quench the insatiable thirst of ungodly greediness, wherewith they be diseased" and to replace this "diseased" self-love by a twin other-love of Church-and-state "to make us know and remember that we all … be but members of one body mystical of our Saviour Christ and of the body of the realm."

Again, in his Defence, written the same year as the Discourse, John Hales expressly denies that self-love can be in any sense the foundation of the public good:

It may not be lawful for everyman to use his own as he listeth, but everyman must use that he hath to the most benefit of his country. There must be something devised to quench the insatiable thirst of greediness of men, covetousness must be weeded out by the roots, for it is the destruction of all good things.

Sir Thomas Smith was responsible, rather than his associate Sir Thomas Gresham (c. 1519–1579), for the first expression of "Gresham's law" in England. Until recently, it had been thought that the well-known and anonymous Memorandum for the Understanding of the Exchange had been submitted by Gresham to Queen Elizabeth early in her reign in 1559. It now turns out, however, that the Memorandum was written by Smith early in Queen Mary's reign, in 1554. The Memorandum was certainly not a free-market tract, advocating as it did various state controls over the foreign exchange market. It did, however, not only denounce debasement and call for a high-valued currency, but it also enunciated "Gresham's law" that the cause of a shortage of gold coin in England was the legal undervaluation of gold.

Gresham, fiscal agent of the Crown in Antwerp, himself adhered to "Gresham's law," which was set forth by the royal commission of 1560 that he heavily influenced. Gresham was also a full-fledged statist and architect of Tudor monopoly privilege. A member of the monopoly wool-cloth export company, the Merchant Adventurers, Gresham was the chief architect of England's tightening of that monopoly during the 1550s and 1560s — banning Hanseatic merchants from exporting English cloth, increasing tariffs on foreign cloth and, finally, making the Adventurers far more oligarchic and tightly controlled from the top.

Influenced greatly by the Memorandum, and echoing its Gresham's-law position, was the younger Sir Richard Martin (1534–1617), goldsmith, warden, and master of the Mint during all of Queen Elizabeth's reign. Trained as a goldsmith from youth, Martin also served as prime warden of the Worshipful Company of Goldsmiths and alderman of London for many years, and was twice Lord Mayor. In the royal commission of 1576 on currency and the exchanges, whose members were handpicked by Sir Thomas Smith, then principal secretary to the queen, Gresham and Martin, as well as Cecil, were all included. The commission did not include Smith himself, who had fallen ill. Their backing of Gresham's law was echoed a generation later by the royal commission of 1600, on which Martin served and prepared the principal memoranda.

Excerpted from An Austrian Perspective on the History of Economic Thought, vol. 1, Economic Thought Before Adam Smith. An MP3 audio file of this article, read by Jeff Riggenbach, is available for download.