Seventeen Years of Boom and Bust

Many of today's discussions of our current economic problems begin with the assumption that 2008 was when the problems started. In fact, they started in 1995. 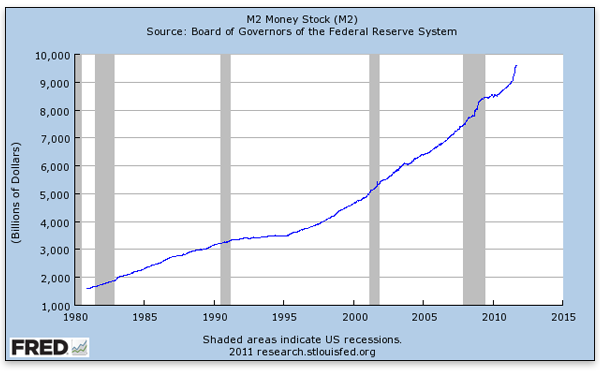 Some economists did see the dot-com bubble developing. In 1999 George Reisman wrote, "The only thing that can explain the current stock market (dot-com) boom is the creation of new and additional money."

When the dot-com bubble burst in the year 2000, the government and Federal Reserve unfortunately did not allow the economy to heal itself as had been allowed in the earlier bust of 1920/21.

The 1920s bust was actually worse than the 2000 dot-com bust. In 1920 unemployment jumped from 4 percent to nearly 12 percent and GNP declined 17 percent; however

Japan, experiencing similar economic problems, did just the opposite. Thomas E. Woods Jr., in "The Forgotten Depression of 1920," wrote,

The great banks, the concentrated industries, and the government got together, destroyed the freedom of the markets … [and] arrested the decline in commodity prices for seven years. During these years Japan endured chronic stagnation and at the end, in 1927, she had a banking crisis of such severity that many great bank systems went down, as well as many industries.

In this country's 1930s ten-year depression and today's recession, our preferable 1920 model was not followed. Instead, unfortunately, we followed Japan's 1920 model.

To repeat, in 2000, the Federal Reserve and government did the opposite of what was done in the early 1920s. In 2000 the M2 money supply was increased to a damaging $2,834 billion in the eight years from January 2000 through December 2007. The result was the destructive 2008 real-estate bust. The dot-com bust, the real-estate bust, and today's economic mess all originate from the 1995 boom. The M2's money-supply increases over those years by the Federal Reserve did not allow the economy to heal itself. The result was the tying together of all of the preceding mistakes into one large 12-year bust.

From 1995, when the boom-bust cycle started, to today, the M2 money supply increased by $5,553 billion. The result was inflation. Consumer items costing $100 in 1995 cost $148 (according to the federal government's Bureau of Labor Statistics) or $403 (according to Shadow Statistics, a private firm) in 2011.

Economist and Nobel Prize winner Milton Friedman wrote, "Inflation occurs when the quantity of money rises appreciably more rapidly than output, and the more rapid the rise of the money per unit of output, the greater the rate of inflation."[2]

More dangerous than the M2 increases could be the increase in the monetary base of $1,735 billion in the three years from September 2008 to September 2011 (see St. Louis Adjusted Monetary Base chart). The monetary base in the 23 years before 2008 increased a relatively small $668 billion dollars. Bernanke, chairman of the Federal Reserve, says that the huge creation of excess money will not lead to hyperinflation and that he has the situation under control. And, Bernanke adds,

Congress granted us authority last fall [2008] to pay interest on balances held by banks at the Fed.… Banks generally will not lend funds in the money market at an interest rate lower than the rate they can earn risk-free at the Federal Reserve.[3]

Could this be why small businesses have a problem today getting a loan?

What causes the boom-bust cycles? Clearly, it starts with the increase of the money supply. But what turns the excess money first into the boom and then later into the bust? Roger W. Garrison has the answer.

Austrian Theory of the Trade Cycle

Roger W. Garrison, in The Austrian Theory of the Trade Cycle, explained first how the economy could be stimulated with consumer savings with no following busts. Then he showed how it is that the Federal Reserve's stimulation of the economy creates the boom-bust cycle.

Garrison presented and contrasted the two methods in his 50-minute lecture. The following is my shortened version.

The consumer savings method: Consumer savings do not create new money because they are from reduced consumption. The savings go into stocks, bonds, and so forth, and as a result lower the interest rate and provide increased funds for financing of entrepreneurial projects.

The result is that the Federal Reserve and banks can create up to $10,000,000 of new excess money out of thin air. The new money lowers the interest rate, as does the consumers' saving method. However, it is the new money that increases the money supply and inflates wages and prices. The consumer savings from consumption does not increase wages and prices.

Additionally, consumers have not reduced their consumption and the lower interest rate leads them to consume more. This results in the consumers and entrepreneurs being in a tug of war over the limited funds, goods, and services.

Because of increasing wages and prices, entrepreneurs require more money than they originally planned to finish their projects.

If the Federal Reserve decides to rescue the entrepreneurs, it must repeat with the banks another create-more-new-money exercise. Again, prices and wages go up, and again entrepreneurs will need more funds.

Eventually, from fear of creating hyperinflation, the Federal Reserve will stop inflating the money supply. And then businesses fail, and unemployment rises, all resulting from The Federal Reserve's creating new money to lower the interest rate to stimulate the economy.

In summary of his view, Garrison wrote,

An increase in saving by individuals and a credit expansion orchestrated by the central bank set into motion market processes whose initial allocational effects on the economy's capital structure are similar. But the ultimate consequences of the two processes stand in stark contrast: Saving gets us genuine growth; credit expansion gets us boom and bust.[4]

Boom-Bust Cycles before the Federal Reserve

Boom-bust cycles are not new and have occurred since the start of the Industrial Revolution. By the late 1880s, many people in England felt strongly that the cause of the boom-bust cycle was the artificial credit expansion by banks. The banks created the artificial credit by printing bank notes and issuing certificates of demand deposits that exceeded the gold in their vaults.

In the early 1900s, Ludwig von Mises saw the cause of and the cure for the boom-bust cycle. Additionally, he saw the damage done to the economy by the lowering of the interest rate. He wrote,

By limiting the issue of fiduciary media (paper money), … it would no longer would be possible for the credit-issuing banks to underbid the equilibrium rate of interest and introduce into circulation new quantities of fiduciary media with immediate consequence of an artificial stimulus to business and the inevitable final consequence of the dreaded economic crisis.[5]

Roger W. Garrison, in his 50-minute lecture "The Austrian Theory of The Trade Cycle," brings us the fully developed causes of the boom-bust cycle.

Clyde Richey is professor of real estate emeritus in the Leeds School of Business at the University of Colorado at Boulder.