Senator Stevens is Not As Dumb as He Sounds 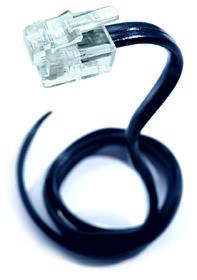 Well, aren't we all having lots of fun heaping scorn and derisive laughter on Senator Ted Stevens for his hilariously uninformed commentary on how the internet works? The audio is all over the web, and doesn't he just sound ridiculous?

Actually, I'm not sure that a single elected official in this country, at any level of government, could speak about internet technology for longer than a few minutes without making a flub. The gap between what the private sector knows and what the government knows about technology has never been wider.

And yet, it takes some reading between the lines and a sympathetic ear, but the truth is that what he says is not entirely ridiculous. What is ridiculous is the expectation that anyone in government could be smart enough or wise enough or well informed enough to be put in charge of managing anything at all.

First let's grant the essential case of those who heap scorn on Stevens. Here is the guy who is in charge of the Senate committee that regulates communications and is charged with dealing with the problem of "net neutrality" — the burning question of how much pricing discretion service providers should have in dealing with content providers.

Stevens announced: "The internet is not something you just dump something on. It's not a truck. It's a series of tubes" — a phrase that now has its own Wikipedia entry. But had he substituted the word "pipes" he would have been right with the current jargon, so what's the big deal?

That sounds generally correct and he put his finger on an important problem.

He offered an anecdote of his own. "I just the other day got, an internet was sent by my staff at 10 o'clock in the morning on Friday and I just got it yesterday. Why? Because it got tangled up with all these things going on the internet commercially."

Of course he meant email, not internet. Now, many of us have had emails delayed or bounced or culled by spamfilters or otherwise lost in the shuffle of life. We must all find the workaround for this problem, which exists precisely because there is no rationing in the technology that delivers emails.

Now, the proponents of net neutrality have effectively turned the Senator's gaffes into one nice point: how can the government be charged with regulating the internet when the decision makers themselves know next to nothing about the topic?

Of course this has been true for decades. It's been a very long time since the "best and brightest" were seen anywhere near the halls of government. Especially in the area of technology, the brains are in the private sector, and the government gets the people interested in power and manipulation of the public mind, which is to say, it gets the dregs.

So there is no reason for regret when we find that a regulator knows less about the internet than the average MySpace maven. We ought not to regret that someone with talent stays in the productive private sector and out of the Senate. What we ought to regret is that the dregs who are on top presume to have power over us. Government is always and everywhere all thumbs. That's one reason its responsibilities ought to be as few as possible.

The irony of Stevens' comments are that they aren't as stupid as they first appear. He was drawing attention to the great failing of the internet, which is that there is no rational means of allocating the limited space that the internet provides for information flow.

What started this whole debate, to which his comments were addressed, was a few subtle hints from large communications companies that they might start charging companies like Yahoo and Google for access. Of course the content providers oppose this and are looking for a way to guarantee prime access at zero price (net neutrality).

Why are there such structural problems with the internet? Because it was designed by the government in the first place. Peter Klein explains that the problems have roots in history. So it is true that if we care about property rights and rational allocation of resources, the government should not interfere with the right of ATT and others to charge.

At the same time, Tim Swanson notes that the communications companies who are seeking to charge for access are themselves beneficiaries of monopolistic subsidies. BK Marcus explains that further complications are added by the overcrowding of the limited space on the spectrum of which the government owns all the beach-front property.

The only answer is a full-scale deregulation and privatization of the entire internet and all related services. But of course there are many interest groups that are devoted to preventing this from happening. And so long as that is true, government will continue to have its hands involved in regulating the net. And that means the likes of Stevens will have a hand in dictating its future.

So be on guard, advocates of net neutrality: your scheme guarantees a future where government will continue to police private firms, impose price controls, and impose an iron-hand on the desire of market participants to work out a rational system of exchange.

I don't know the details of what Stevens favors, but I'm sure of two things: his solution is imperfect and his proposal to keep the government out of pricing decisions doesn't go nearly far enough. Nonetheless, he is right to be suspicious of people who want something for nothing.

There is no such thing as perfect neutrality in the world of economics. Information flows must be rationed somehow. Do we want it rationed by the market price system, or the likes of the US Senate? That is what the future of this technical debate is all about.