The Roots of the Federal Debt 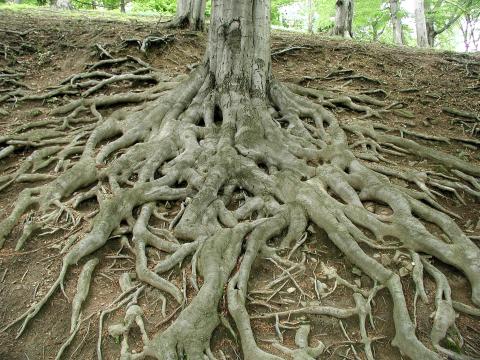 The issue of government debt and deficits lay dormant throughout the high-revenue 1990s. But with recession and exploding government spending, the issue has become enormously important again. Sadly, just about everyone is missing the central point, which is not that we need budget reform so much as drastic monetary reform.

Federal finance is a shell game of such complexity and trickery that it makes state-level finance, to say nothing of family finance, appear simple by com  parison. At the state level, the government takes money from its citizens through taxes. The taxes can be on land, goods, service, or income. The government spends the money it takes in. If the money comes up short, the government tries to issue bonds and get people to buy them. Or it raises taxes. If it can't do that, it cuts the budget or seeks a federal subsidy. There are no other options.

State government fleece taxpayers at every turn, of course, but at least it is hard to disguise. The states embarked on massive new spending in the 1990s before the revenue dried up. States are now struggling to raise new revenue through bond sales and taxes, while avoiding necessary cuts.

When you move from the state to the federal level of government, the fog begins to fall. Right now, for example, we observe the coming together of three trends that would seem to contradict each other.

First many Americans are receiving refunds on their taxes as well as unexpected rebates for money already paid into the federal system. Second, government revenue has actually fallen for nearly three years in a row, due not to tax cuts but to lower economic growth. Third, government spending is soaring, with defense and non-defense spending increases breaking all postwar records. Meanwhile, Congress and the President are instituting new mega-spending programs that break all records.

How could all this be happening at the same time? Has government learned how to create something out of nothing? Hardly. The leakage is visible in the federal deficit, which is estimated to exceed the $600 billion mark, and the federal debt, which now stands at $6.7 trillion. And then there's the problem of unfunded liabilities in the system itself, which exceed $44 trillion.

Of course these numbers, as staggering as they are, are too large to really comprehend. It is not even possible to comprehend the sheer size of the daily increase in the national debt: $1.72 billion. The very meaning of these numbers boggles the mind.

The following question is basic but hardly ever asked: given that this debt cannot be paid, and nobody really believes it can be, how is it that the federal government can continue to borrow so much even as taxes are marginally cut and spending expands at a record pace in the midst of a lackluster economy?

If individuals or corporations—or state governments, for that matter—were this much in debt, they would see the value of their existing debt on the market downgraded. They would no longer be credit worthy. They would default and be bankrupt. The profligacy would come to an end.

How is it that the federal government is able to accumulate all this debt and still market its notes all over the world? The answer to the riddle is understood by the : the Fed, the agency of the federal government that enjoys the monopoly privilege to create out of thin air all the money it wants to create. Fed governor Ben Bernanke is right that the Fed is capable of bailing out even the worst debt crisis by merely creating unlimited supplies of dollars. Mises wrote about this as early as 1912, and he saw the grave costs for society.

What are those costs? An inflated money supply distorts the structure of production and leads to serious investment miscalculations. It drives down the value of the dollar on international exchange. It provokes a decline in the purchasing power of each individual unit, thereby gutting savings and discouraging thrift. It redistributes wealth from the productive to the government-connected. As the recent experience of shows, inflation can literally turn a society and culture upsidedown.

Even the Fed would regret the consequences of such actions. Why, then, does it continually promise to drive interest rates down to zero if need be? Why do its spokesmen never tire of emphasizing that the whole banking system is insulated from failure?

Your finances are not the first concern of its primary clients, the large banks and the government that established the central bank. It is short-term thinking at work. In the institution of the central bank, the government has the ultimate tool to permit its profligacy to continue without check and without regard to the future.

If the Fed, the sponsor of the ultimate check-kiting scheme, is so dangerous for society, why doesn't somebody do something about it? For years Congressman Ron Paul of , distinguished counselor to the Mises Institute, has worked to restore the gold standard, because it would mean the abolition of central banking and the instituting of sound money that would keep government in check and stabilize economic growth and inflation.

But he is unusual: a statesman who understands the issue and cares enough about 's future to push a program that would benefit everyone but the banking/government elite. What about everyone else? They either lack the economic education to understand it or just have no real incentive to do the right thing.

We live under what Paul Gottfried calls the managerial state—which is to say a seemingly permanent bureaucratic government subject to little effective democratic control that attempts to plan every aspect of society though it has no real stake in the outcome of its failures. In this respect the modern state is very different from its medieval predecessor in which the king took personal responsibility for the outcome of his decisions.

Under today's system of government, there are few mechanisms in place that operate as an effective check on public looting. The framers of the constitution didn't imagine institutions such as the central bank, the income tax, and a permanent bureaucratic class, nor did they imagine the explosive growth of the welfare-warfare state that these institutions would underwrite and entrench in public life.

One check on power does remain, and it is the one that has been most effective from time immemorial: public opinion. In light of the impending bankruptcy of the federal government at our expense, we might demand to know: where is the outrage? At some point, when it becomes clear that the present level of profligacy cannot continue, and we face the consequences as a society, people are going to demand answers.

Ideally, the system would be fixed before a crisis that results in a complete financial meltdown. Given what we know about today, however, the crisis will not be stopped but result in upheavals of a kind and degree that cannot be known in advance. There are ways around it, of course: put an end to the recklessness and the institutions like the Fed that make it possible.