The Rise of the West 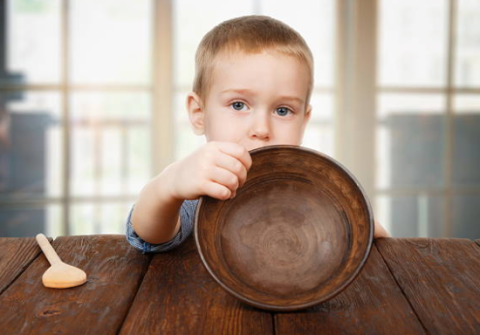 Throughout almost the entire span of human history, material privation and chronic insecurity were the norm. Not even those at the peaks of social status and political power could enjoy the creature comforts and consumer delights that "poor" people take for granted in the West today. At times, certain populations fared somewhat better — in ancient Greece and Rome, perhaps, and in China during the Sung Dynasty (960–1279) — but those cases were exceptional.

As late as the 14th century, the Chinese probably enjoyed the highest level of living of any large population. Recall the amazement with which Europeans greeted Marco Polo's account of China in the latter part of the 13th century, even though, as Polo declared on his deathbed, he had not described the half of what he had seen.1

As the Middle Ages waned the Europeans began to make quicker economic progress, while the Chinese lapsed into economic stagnation. Even more remarkable, the economic energy of Europe began to shift away from the great commercial centers of northern Italy and toward the periphery of civilization in northwestern Europe. The barbarians, it seemed, had somehow stumbled onto the secret of economic progress. Henceforth, despite many setbacks, the western Europeans — and later their colonial cousins in North America as well — steadily pulled ahead of the human pack. By the 18th century they had far surpassed the Chinese, not to speak of the world's more backward peoples, and until the late 20th century the gap continued to widen.

How did the West succeed in generating sustained economic progress? Historians and social scientists have offered various hypotheses, and so far no single explanation has gained general acceptance. Nevertheless, certain elements of an answer have received wide agreement. The growing individualism of Western culture, rooted in Christian doctrine, seems to have contributed significantly.2 In addition, the political fragmentation of the European peoples in the high Middle Ages and the early modern period — a political pluralism with hundreds of separate jurisdictions — fostered the institutional and technological experimentation by which entrepreneurs could discover how to make labor and capital more productive.

Fundamental to that sustained dynamism was the gradually improving status of private-property rights. So long as people cannot count on a reasonable prospect of reaping the fruits of their efforts and investments, they have little or no incentive to work hard or to accumulate physical, human, and intellectual capital. And without such accumulation, no ongoing economic progress is possible. More reliable private-property rights did not just drop from heaven, however. For the most part, the merchants acquired the protection of such rights by paying off the robber barons and aspiring kings who constituted the fragmented ruling stratum of western Europe.

In the extreme, the merchants established political independence in city states where they could exercise complete control over the legal institutions that undergirded their economic activities. "The fact that European civilization has passed through a city-state phase is," according to Sir John Hicks, "the principal key to the divergence between the history of Europe and the history of Asia."3 In the latter medieval era, Venice, Genoa, Pisa, and Florence led the way. Later, Bruges, Antwerp, Amsterdam, and London took the lead. A town's own militia stood ready to defend it against threats to its politico-economic autonomy.

To facilitate their business, the merchants developed their own legal system. Intended to provide quick, cheap, and fair resolution of commercial disputes, this lex mercatoria established institutions and precedents that have survived to the present, and it now finds expression in a vast system of alternative (nonstate) dispute resolution in arbitration proceedings.4 In some countries, the merchants and manufacturers ultimately used their political influence to embed their customary legal institutions in state-enforced law. Because of Europe's political fragmentation, governments that made life too difficult for the traders tended to lose merchants and their business — and hence a tax base — to competing jurisdictions, and the prospect of such losses motivated rulers to curb their predation and to allow businessmen room to maneuver.5

In contrast to the merchants of Europe (and later the United States), who could play one government against another in a quest for secure private-property rights, the businessmen of China suffered an inescapable clampdown by their all-embracing imperial government. "By 1500 the Government had made it a capital offense to build a boat with more than two masts, and in 1525 the Government ordered the destruction of all oceangoing ships." Thus, China, whose foreign commerce had been vast and far-reaching for centuries, "set a course for itself that would lead to poverty, defeat and decline."6 Among many other adverse actions, the Mandarin-dominated government "stopped the development of clocks and water-driven industrial machinery throughout China."7

In the Islamic world, too, an imperial government quashed economic progress by failing to protect private-property rights and by imposing arbitrary rules and taxes.8

In the 20th century, the Soviet empire likewise embraced the policy of imposing one big bad idea — central economic planning — that completely suppressed the economic freedom necessary for sustained economic progress. Unfortunately, the Chinese communists, eastern Europeans, and many of the postcolonial governments of the Third World followed the USSR down that road to economic ruin.

Nowadays, at long last, it seems that almost everyone has come to understand the nexus of economic freedom and economic growth and to appreciate the vital importance of private-property rights. Yet, everywhere, governments continue to grant privilege seekers countless choke holds on the economy. As history confirms, private-property rights require constant defense, lest the precondition of all economic progress be undermined and destroyed.

[This article originally appeared in the Freeman in July 2002. An MP3 audio file of this article, narrated by Colin Hussey, is available for download.]