GET NEWS AND ARTICLES IN YOUR INBOXPrint
A
A
Home | Mises Library | The Revolution: A Manifesto

The Revolution: A Manifesto 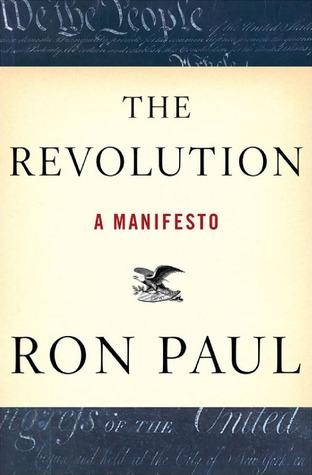 Ron Paul wrote this book in the midst of his 2007-2008 educational campaign for the Republican nomination. It is a response to the demand from so many to understand the political and economic philosophy that led to his campaign, which was a defining moment in modern libertarian history. The result is outstanding. He patiently explains why the average voter must care about liberty and what can be done about it in terms of public policy. He explains the workings of the free market, the incompetence of government, the real purpose of the Constitution, the dangers of an imperial foreign policy and much more.

You learn things in this book that don't appear anywhere else. He explains that government has increased in size regardless of the party that is in power and why this happens. He takes on all three branches of government and the entire process that is rigged against the the American people. Mostly, however, he shows that there is no reason for despair. A people determined to keep their freedom will do so, provided they refuse to go along with the status quo that the regime offers.

Ron says that if we are to enjoy peace, freedom, and prosperity once again, we absolutely must return to the principles upon which America was founded.