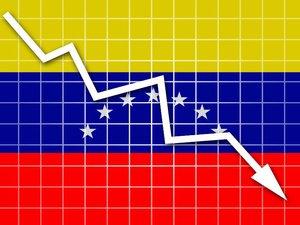 Back in 2013, Salon took a quick break from criticizing a caricature of libertarianism to let David Sirota write an embarrassing article praising socialism in what turns out to be a fantastic case study in both the dangers of socialist economics and of course, speaking too soon.

The article was titled “Hugo Chavez’s Economic Miracle” and it was certainly not the only one of its kind to come out at the time. It may seem like twenty-twenty hindsight to criticize such foolishness, but it might be instructive as well. However, looking at Venezuela now as compared to the country Sirota saw in 2013 and thought provided an economic alternative to American capitalism (a truly free market was never discussed) serves as a good example of what Nicolás Cachanosky calls “the bait-and-switch behind economic populism.” Or namely, that government policies focused highly on consumption and lowly on investment will show good economic signs at the beginning, only to be followed by an inevitable decline and likely disaster.

Sirota’s article at least begins by lamenting Chavez’s rather poor record on civil rights (like shutting down a TV station that was critical of him) and noting “a boom in violent crime.” This may somehow be an understatement as Venezuela ranks second in the world in murders per capita at a terrifying rate of 53.7 per 100,000 citizens annually! (So much for socialism alleviating crime.) He finally does arrive at his case for this “economic miracle” that Venezuela was experiencing under Chavez (which, I should note, makes up only one paragraph of his entire article),

…according to data compiled by the UK Guardian, Chavez’s first decade in office saw Venezuelan GDP more than double and both infant mortality and unemployment almost halved. Then there is a remarkable graph from the World Bank that shows that under Chavez’s brand of socialism, poverty in Venezuela plummeted (the same Guardian data reports that its “extreme poverty” rate fell from 23.4 percent in 1999 to 8.5 percent just a decade later). In all, that left the country with the third lowest poverty rate in Latin America.

How much of this was due to Venezuela being an oil-rich nation is debatable. But it’s also very much worth observing that these positive (and underreported) trends existed throughout Latin America, including in countries such as Colombia that have moved in the opposite direction economically. According to the World Bank, Between 2005 and 2013, Colombia’s poverty rate (as opposed to extreme poverty) fell from 45 percent to 30.6 percent, Peru’s fell from 55.6 percent to 23.9 percent, Uruguay’s from 32.5 percent to 11.5 percent, Paraguay’s from 38.6 percent to 23.9 percent, and Ecuador’s from 42.2 percent to 25.6 percent. Venezuela, for its part, fell 43.7 percent to 25.4 percent, which seems to be about average. The same could be said for GDP and Venezuela’s infant mortality rate also only ranks in the middle of the pack.

And of course, all of this was prior to Venezuela’s recent economic crisis.

The fall in the price of oil has certainly harmed Venezuela, but then again, the rise in oil prices during the last decade certainly contributed to its “economic miracle.” However, Venezuela’s problems were starting to become apparent before the drop in oil prices. Back in October of 2014, just before the price of oil sank, Venezuela ran a 17 percent budget deficit and was dealing with a variety of shortages. Furthermore, while every major oil exporter has been hurt by the low oil prices, they have all weathered the storm much better than Venezuela.

It appears that the drop in gas prices simply exacerbated, and more accurately, exposed the problems caused by Chavez’s (and his successor Nicolás Maduro’s) extreme populist policies. As Nicolás Cachanosky notes in his review of Rudiger Dornbusch and Sebastián Edwards work on Latin American populism, regimes that follow such policies go through four economic phases. In stage I,

The populist diagnosis of what is wrong with an economy is confirmed during the first years of the new government. Macroeconomic policy shows good results like growing GDP, a reduction in unemployment, increase in real wages, etc. Because of output gaps, imports paid with central bank reserves, and regulations (maximum prices coupled with subsidies to the firms), inflation is mostly under control.

This is the stage Venezuela was in when Salon saw fit to publish Sirota’s article in 2013.

But then comes Stage II when “bottleneck effects start to appear” and “the underground economy starts to increase as the fiscal deficit worsens …” In Stage III, “Shortage problems become significant, inflation accelerates, and because the nominal exchange rate did not keep pace with inflation, there is an outflow of capital (reserves).”

This is exactly what’s happening in Venezuela today. Venezuela’s projected inflation for 2015 is a whopping 64 percent! The country with the second highest rate in South America is Argentina at 10.9 percent. The CIA Factbook lists Venezuela’s budget deficit at 29.4 percent and Moody’s downgraded Venezuela’s credit rating to the lowest rating possible for a country not in default. And there is serious talk of that coming to pass as well.

The government has instituted price controls to fight inflation and predictably, massive shortages have forced Venezuelans to turn to the black market for ordinary daily goods such as milk and toilet paper.

Venezuela’s unemployment rate shot up from 5.5 to 7.9 percent in January of 2015 and is likely to rise further. Even as it stands now, it is the third highest rate on the South American continent (excluding Central America). And as one would expect, poverty has started to rise again as well.

A new government is swept into office and is forced to engage in “orthodox” adjustments, possibly under the supervision of the IMF or an international organization that provides the funds required to go through policy reforms. Because capital has been consumed and destroyed, real wages fall to levels even lower than those that existed at the beginning of the populist government’s election. The “orthodox” government is then responsible for picking up the pieces and covering the costs of failed policies left from the previous populist regime.

Whether it comes to that is still yet to be seen. But what this economic crisis does highlight is that short-term success should never be taken as proof of a long-term solution. And this is particularly true when it comes to quasi-socialist and extreme populist governments. In the long-run, countries that follow these policies have a consistent track record, which is basically the same as what we’re witnessing now in Venezuela.

We’ll have to see if Salon writes a follow up.

In Defense of Landlords

Although it may seem as if landlord simply collect money from tenants without working, nothing could be further from...