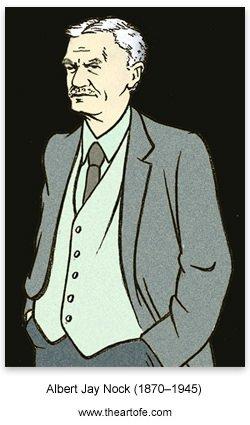 I was greatly interested in seeing that our system of free popular instruction was producing results, both negative and positive, which were quite different from those which its original designers expected it to produce. As Herbert Spencer has shown, no man or body of men has ever been wise enough to foresee and take account of all the factors affecting blanket measures designed for the improvement of incorporated humanity. Some contingency unnoticed, unlooked-for, perhaps even unforeknown, has always come in to give the measure a turn entirely foreign to its original intention; almost always a turn for the worse, sometimes for the better, but invariably different. It is this which predestines to ultimate failure every collectivist scheme of "economic planning," "social security" and the like, even if it were ever so honestly conceived and incorruptibly administered — which as long as Epstean's law remains in force, no such scheme can be.

Our system was founded in all good faith that universal elementary education would make a citizenry more intelligent; whereas most obviously it has done nothing of the kind. The general level of intelligence in our citizenry stands exactly where it stood when the system was established. The promoters of our system, Mr. Jefferson among them, did not know, and could not know, because the fact had not been determined, that the average age at which the development of intelligence is arrested lies somewhere between twelve and thirteen years. It is with intelligence as it is with eyesight. No oculist can give one any more eyesight than one has; he can only regulate what one has. So education can regulate what intelligence one has, but it can not give one any more. It was this unforeseen provision in nature's economy which wrecked the expectations put upon our system. As for raising the general level of intelligence, the sluicing-out of any amount of education on our citizenry would simply be pouring water on a duck's back.

Aside from this negative result, I saw that our system had achieved a positive result. If it had done nothing to raise the general level of intelligence, it had succeeded in making our citizenry much more easily gullible. It tended powerfully to focus the credulousness of Homo sapiens upon the printed word, and to confirm him in the crude authoritarian or fetishistic spirit which one sees most highly developed, perhaps, in the habitual reader of newspapers. By being inured to taking as true whatever he read in his schoolbooks and whatever his teachers told him, he is bred to a habit of unthinking acquiescence, rather than to an exercise of such intelligence as he may have. In later life he puts this habit at the unreasoning service of his prejudices. Having not the slightest sense of what constitutes a competent authority, he tends to take as authoritative whatever best falls in with his own disorderly imaginings.

Thus a system of State-controlled compulsory popular instruction is a great aid in making Homo sapiens an easy mark for whatever deleterious nonsense may be presented to him under the appearance of authority. One does not have to go farther than the account which the Pickwick Papers give of the great election at Eatanswill to see how this is so. The spread of literacy enabled Mr. Pott of the Gazette and Mr. Slurk of the Independent to approach the credulousness of a greater number of people than they could otherwise reach, and to debauch their credulousness much more effectively. It enabled Mr. Pott to play upon the meanest prejudices of the Blues, and Mr. Slurk to inflame the worst passions of the Buffs; and thus to keep alive the feud of ignorant partisanship, like the feud of the Greens and Blues in Rome and Byzantium so long ago, or the feud of Whigs and Tories, Democrats and Republicans, Black Shirts and Red Shirts, in more recent years.

Mr. Pott and Mr. Slurk knew as well as the editor of today's newspaper knows, that what best holds people together in pursuance of a common purpose is a spirit of concentrated hate and fear. They knew that their constituents, Blue and Buff alike, were a mere mob, intellectually as irresponsible as the wild dogs of Algiers, and that an appeal to intelligence would be vain, nay, embarrassing. "Mere reason and good sense," said Lord Chesterfield, "is never to be talked to a mob. Their passions, their sentiments, their senses and their seeming interests are alone to be applied to. Understanding, they have collectively none." I am reminded here of an acute French critic's remark made almost a century ago, that this observation of Lord Chesterfield constitutes one of the most serious arguments against representative government. In my opinion it is by far the most serious argument; indeed, I believe a century of experience has shown that it is the only argument needed. One may confidently rest one's case on it.

I observed that the course of our educational revolution had followed the regular pattern common to all revolutions; but knowing the inflexible laws which prescribe that pattern, I was not disappointed or taken aback. "The sense of the inevitable" which Mr. van Loon speaks of had warned me that the inevitable upshot of other revolutions would be the inevitable upshot of this one. As soon as the system was on its way to become a going concern with the taxing power of the State behind it, the path of least resistance lay open to a rapidly increasing flow of persons whose interest in education was secondary. These were careerists of sorts, impelled by the fundamental law of conduct, that man tends always to satisfy his needs and desires with the least possible exertion.

Then the general estimate, the currency value, of education — the generally-accepted idea of what education is and ought to be — was set by the worst form in circulation, a form which had virtually nothing to do with education, but only with training; and those forms which had more to do with education were forced out. Then finally, after the system had passed a certain point of development in size, power, and prestige, the percentage of net profit (putting the matter in commercial terms) began to show a steady decline.

Furthermore, the curiously composite public character of the system, as I observed it in the late '20s, interested me as having likewise come out inevitably according to pattern; the pattern set in earlier times by the Church, and now by the State. As a State-controlled enterprise maintained by taxation, virtually a part of the civil service (like organised Christianity in England and in certain European countries) the system had become an association de propaganda fide for the extreme of a hidebound nationalism and of a superstitious servile reverence for a sacrosanct State.

In another view one saw it functioning as a sort of sanhedrim, a levelling agency, prescribing uniform modes of thought, belief, conduct, social deportment, diet, recreation, hygiene; and as an inquisitional body for the enforcement of these prescriptions, for nosing out heresies and irregularities and suppressing them. In still another view one saw it functioning as a trade-unionist body, intent on maintaining and augmenting a set of vested interests; and one noticed that in this capacity it occasionally took shape as an extremely well-disciplined and powerful political-pressure group.

During my brief and unserviceable career as an instructor of youth I had a good many hearty laughs whenever I thought of the quiet fun one might have with Mr. Jefferson if he could return to the Republic and see what his pet project of universal popular instruction had come to. I had studied his character rather carefully, and could not make out that the great and good old man had been blessed with an over-keen sense of humour. Apparently he had enough to go on with, but not much more, and what he had was of a dry type. I think, however, he would have risked a wry smile at the spectacle of our colleges annually turning out whole battalions of bachelors in the liberal arts who could no more read their diplomas than they could decipher the Minoan linear script.

He might also find something to amuse him in the appearance of eminent shysters, jobholders, politicians, and other unscholarly and unsavoury characters, on parade in gowns and hoods of the honorary doctorate. Yet it would probably occur to him that academic misdemeanours of evil example were not unknown even in his own day. Only some half-dozen years after Mr. Jefferson's death, Harvard College admitted to its doctorate a man whom John Quincy Adams very properly described as a barbarian, incapable of putting a grammatical sentence together, and barely able to spell his own name—Andrew Jackson.

One can not be sure that Mr. Jefferson would look with the eye of humour upon certain other results of the system's working. I suppose that in the whole country today one would have to go a good long way to find a boy or girl of 20 who does not automatically take for granted that the citizen exists for the State, not the State for the citizen; that the individual has no rights which the State is bound to respect; that all rights are State-created; that the State is morally irresponsible; that personal government is quite consistent with democracy, provided, of course, it be exercised in the right country and by the right kind of person; that collectivism changes character according to the acceptability of the peoples who practice it. Such is the power of conditioning inherent in a State-controlled system of compulsory popular instruction.

When it came to matters like these, Mr. Jefferson was an extremely serious and outspoken person. I doubt that he would be in the least amused by the turn which his pet project has given them since his time; and not only in his own country, but in all countries where his project has taken root. On the contrary, I believe he would regard the entire exhibit with unstinted disgust and contempt.

Albert Jay Nock (October 13, 1870–August 19, 1945) was an influential American libertarian author, educational theorist, and social critic of the early and middle twentieth century. Murray Rothbard was deeply influenced by him, and so was the whole generation of free market thinkers of the 1950s.