Ranchers and Empire in the American West 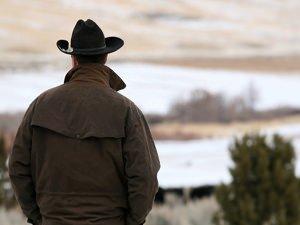 The militarized siege of a cattle ranch near Bunkerville, Nevada has drawn national attention as dozens of federal agents, armed with machine guns, sniper rifles, helicopters, and more, have descended on the ranch to seize cattle, people, and generally show everyone who’s boss.

The conservative press has framed the story in a variety of ways, casting the story both as matter of outright federal seizure of private land, and as an absurd environmental crusade to save a tortoise from extinction.

The reality looks to be a little murkier, however, as is often the case when dealing with land ownership in the American West. Back in September, the Las Vegas Sun reported on the Bundy family and noted that troubles began 20 years ago when the family’s patriarch unilaterally determined that he would no longer pay the Bureau of Land Management use fees that have long been required to graze on federal lands. The exact legal and historical details of the Bundy family’s case will emerge slowly over time, but even if the family is completely in the wrong legally (which it probably is), it’s safe to say that taxpayer dollars might be better spent on things other than a shock and awe campaign waged against a tiny ranch in the middle of a Nevada desert. Nonetheless, this is just the latest dispute in a long history of ranchers jockeying with the Federal government over land use permits and land use regulations.1

While those who are unfamiliar with land use in the West may see this as some sort of new dastardly deed on the part of the federal government, it is in fact the case that leasing federal land for grazing (among many other things) has been the status quo in the West for more than a century, and the federal government has owned at least 40 percent or more of the land in many Western states ever since it was annexed to the United States in the nineteenth century. In fact, the nation’s 13 Western states are home to 93 percent of federal land, with two-thirds of all land in Utah, and 81 percent of all land in Nevada owned by the feds.

The image of the American West as a place of private property and blissful independence from government control has long been a myth, and the fact is that life in the West has involved the federal government much more so than life in the East much of the time. This is because the land and other natural resources in the West are controlled by a vast socialist bureaucracy governing water, land, and minerals going back to the late nineteenth century. Certainly, within the larger framework of federal control, heavily asserted by a central government bloated by the Civil War, there were many communities that did live extremely independently and in ways that might be considered anarchistic. However, since the 1890s, the overall economy of the American West is best viewed as one that has been dominated by federal land ownership, regulation, subsidies, and bureaucracy.

The Rise of the Federal Bureaucracy in the West

In his history of the American West, Richard White writes:

Beginning in the 1890s, the central government ceased to be a nursemaid to the future states and a prodigal distributor of resources to the country’s citizens and corporations. Washington instead became a manager of Western land, resources, and, inevitably, people.2

Behind this was the philosophy that the central government could best ensure that the resources of the Western U.S. were distributed and managed “efficiently.” This belief was the natural outcome of the stilted and error-laden classical economics of the time whose models depended on assumptions about idealized markets and competition that did not exist in the unindustrialized West. In other words, in the minds of nineteenth-century intellectuals, government intervention would be necessary to create the conditions necessary for the existence of efficient capitalism. As it had done with the railroads, the federal government would step in to ensure competition and efficiency in the new marketplaces of the frontier.

By 1903, Theodore Roosevelt’s Public Land Commission solidified the concept of public ownership throughout the West, thus ending the idea that all lands in the West should be distributed via the homestead acts, which were themselves artifacts of federal government programs.

The rise of the Bureau of Reclamation (which managed water) and the Bureau of Land Management ensured that both water and land would be controlled either directly or indirectly by federal government agencies indefinitely. Whatever the philosophical origins, the situation quickly degenerated into the all-too-familiar situation seen anywhere that the state dominates and controls the distribution of resources. Federal agencies became the target of lobbying efforts by interest groups large and small, with regulatory capture resulting. Leases for land for oil drilling, mining, and grazing quickly became important for doing business in the region, and naturally, maintaining influence within federal agencies under such conditions was a key to success.

Support for federal control in the region remained widespread among Westerners themselves. As a region that was poorer and less able to attract capital than the East, many Westerners quickly made peace with this system of federal ownership, not least of all because the Federal government, through subsidies, public works programs, and military spending, had become an economic driver in the West. 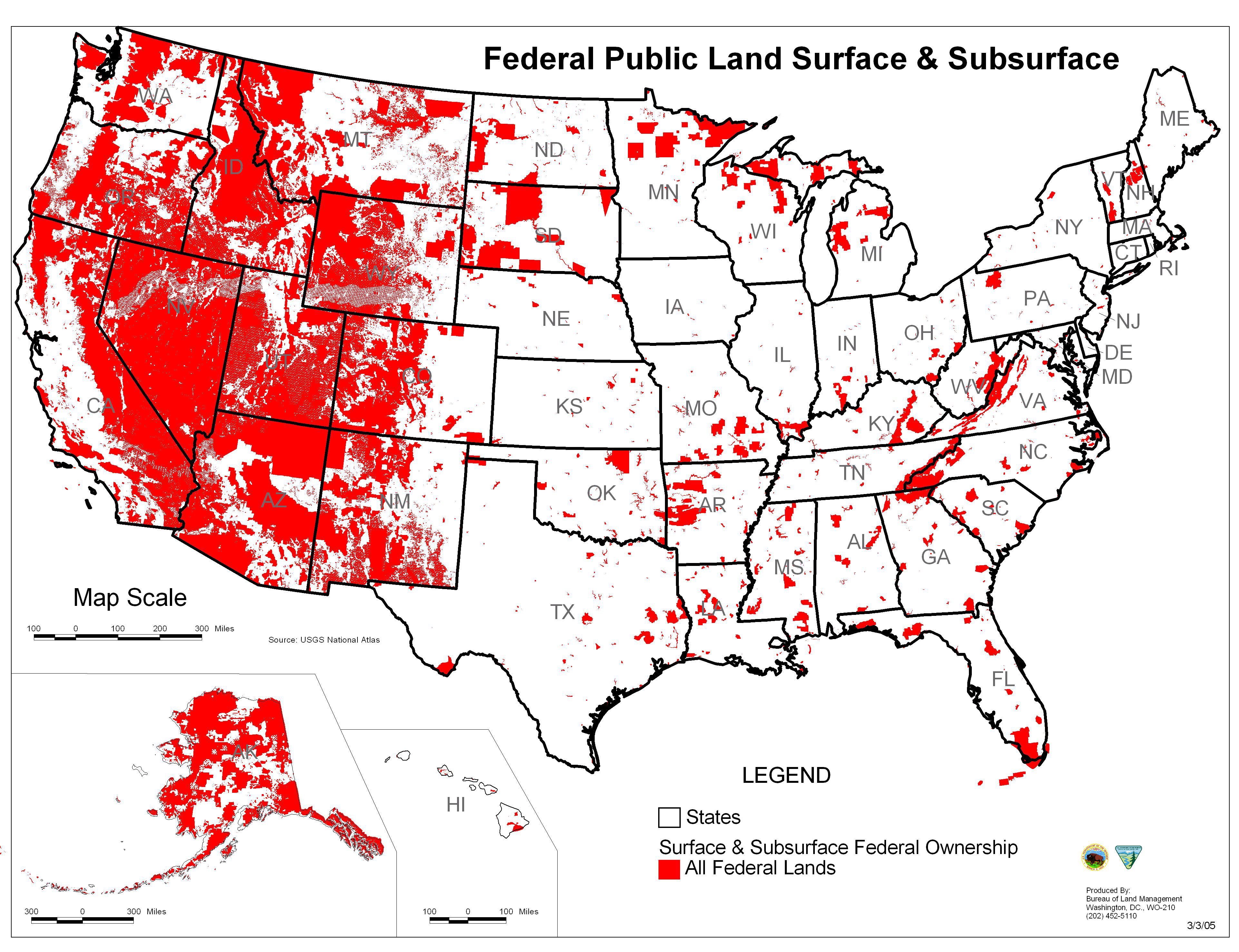 But competition for control of federal lands among various segments of the population continued all the same. Writes White:

Corporations tended to be more fickle allies of the federal bureaucracies, but on the whole, they, too, proved sympathetic to federal management; certainly they were more sympathetic than small businessmen. Large and small resource users in the West, all pursuing their own calculus of self-interest, split over particular proposals. ... Small stock grazers and small lumbermen tended to oppose the new federal presence which tended to thwart their ambition for expansion. Larger stock raisers and big timber companies, however, realized that federal supervision could serve their interests by helping restrain the overproduction that plagued their industries, by restricting the expansion of potential competitors, and by allowing them to turn their greater financial resources into privileged access to the federal domain.3

In other words, private firms that dominated the Western economies liked the federal bureaucracy because it helped powerful firms keep prices high, and bar entry for competitors.

In later decades, the federal agencies would also be influenced by new environmental and conservationist groups, but for all the talk of preserving the desert tortoise in the Bundy Ranch case, it should not surprise anyone if we find later that major oil and gas firms are actually behind the drive to finally end desert access for small ranchers.

The Legacy of Empire in the West

When we see federal agents harassing ranchers, we should be reminded that the conquest of the American West was really an early exercise in empire that would set the stage for the enormous government that Americans now face today. While we now view the West as just another part of the United States today, it was once a colonial empire seized militarily from Indians and Mexicans, and then — through federal programs such as the homestead acts, land grants, and major infrastructure projects like railroads — turned into an enormous source of subsidies for American settlers and corporations. Those who inhabited the lands prior to annexation, such as the Indian tribes and the Hispanos of old New Spain, were rounded up and put in reservations or forced to abandon old economic and social systems.

Like most jurisdictions within colonial empires, the American West was administered not locally, but directly from the capital of the conquering state. It was in D.C. where the borders of new states where drawn, where officials were appointed, and where orders were given to federal troops who policed the region. Even after statehood was granted (by the central government, of course) the region remained dominated by the federal government. The overseas empire that began with the Spanish-American war was simply the natural outgrowth of the conquests in western North America during the nineteenth century. It was in the West that the United States government learned how to be an empire; to directly control enormous swaths of land, and to dominate and control local economies.

This legacy continues today. As we view the standoff in Nevada, we see the echoes of a previous conquest of those same lands decades earlier. Many in the West today now find themselves victims of the same federal government that their ancestors once cheered as it drove out the original inhabitants, laid down roads, and built dams. The federal government is a fickle master, however, and the fact that it never relinquished control of so many lands that it had seized makes it an undeniable force for all who wish to do business here.