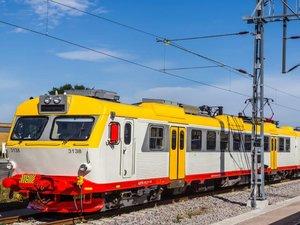 Tags Taxes and SpendingMonopoly and Competition

The recent Amtrak accident in Philadelphia should lead us to ask two questions: (1) why isn’t there competition within the railway sector, and (2) what is the safety record of state-owned and run railway systems compared to private-run systems. It is often said that privatizing passenger trains would lead to more accidents because greedy capitalists would sacrifice safety requirements for profits. Yet, there is no evidence that supports this assertion. In fact, the two safest railway networks in Europe (i.e., the Swedish and British systems) are open to competition. Likewise, the development of railway socialism at the end of the nineteenth century lead not to fewer accidents, but more.

To be clear, liberalism — used here to denote the philosophy of laissez-faire — should not be considered as being the utopian opposite of socialism. It is not a magic recipe that guarantees perfect solutions at all times and for all things. Socialists like to imagine that liberals believe the market can cure every ill. In other words, they think liberalism is a mirror reflection of socialism. It is not. True liberalism does not promise perfection. There will always be problems. Our goal should be to find the best way to improve the situation, not to achieve an ideal world of fantasy.

Of course the private sector is quite capable of compromising the safety of its consumers in quest for profits. Theoretically, it should be up to legal institutions to provide restitution for persons who are in fact harmed by such negligence. Nevertheless, the recent Amtrak accident does not prove or disprove the fact that state-owned and operated railroads tend to be less safe.

There is, however, a bias in the media. On one hand, each time an accident occurs on a monopoly, state-run railway system, it is said that the lack of resources is responsible. On the other hand, when a private railroad company has an accident, the blame is put on the free market and capitalism. As Schumpeter said, “capitalism stands its trial before judges who have the sentence of death in their pockets. They are going to pass it whatever the defense they may hear.”

Jean François Revel, one of the greatest French liberals of the twentieth century, showed how absurd and irrational was the behavior of the anti-capitalist and the media. With his usual punchy style, he wrote:

Revealing likewise are some of the media’s knee-jerk responses to events. Thus on the morning of October 5, 1999, two trains collided in the London district of Paddington, killing twenty passengers and injuring several hundred. The instant reaction to this accident by the French media was predictable. From every side rose the unanimous buzz, the same commentary repeated all day long: since the privatization of Britain’s railways, the new companies, motivated only by their quest for profit, had slashed their spending on safety improvements, especially with regard to infrastructure and signaling technology. The conclusion was obvious: the killed and injured were victims of liberal excess.

Were that true, then the 122 victims of the 1952 railway accident in Harrow were slain by socialism, since British Rail was then nationalized. Likewise, in France on June 27, 1988, a collision between trains at the Gare de Lyon, which killed fifty-six people and injured thirty two, was imputable to France’s nationalization of her railways in 1937 and therefore to the Popular Front. And on June 16, 1972, the tunnel at Vierzy, in L’Aisne, collapsed on two trains, killing eight hundred passengers. Structural integrity was not exemplary here either, even though the company responsible for tunnel’s maintenance was state-run.

In fact, historically, the rise of train socialism coincided with a rise in the number of accidents. This was particularly apparent with the 1908 nationalization of the Compagnie de l’Ouest in France. Murray Rothbard remarked upon this particular nationalization:

The effects of the new regime of government ownership were rapid and far exceeded the warnings of the opposition. The entire railroad was in disorder. A series of major accidents occurred on the government line, although there were no such accidents on the private lines. An economist sardonically observed that the French government had added railway accidents to its growing list of monopolies. The nationalized train service deteriorated to such an extent that many people preferred to travel by wagon.

Indeed, the eminent French economist Yves Guyot noted that the major train accidents between 1907 and 1912 were monopolized by government owned railroads:

The six greatest railway accidents that France has suffered during five years have thus all occurred on the government system: three on the Western, and three on the old government system, which the state has operated during nearly 35 years, and which has only 2 292 kilometers (1,433 miles), making the line about a fifth in size of the important systems of France.

Furthermore, in his book, Where and Why Public Ownership Has Failed (1914), Yves Guyot, using both statistics and economic theory, shows systematically that private railways are safer, cost less, and more efficient. An unsafe private rail company is penalized by consumers whereas nationalized industries escape all material and moral penalty. Therefore, safety requirements are more likely to be respected in the private sector. Furthermore, bureaucratization in government owned industries tend to generate irresponsibility and therefore corrupt morality. People who do not feel responsible cannot act morally. If one does not feel responsible, why should he try to avoid a train accident? Thus, as Guyot showed, the total average number of passengers killed and injured from 1905 to 1909 in France was:

Despite the rise of railway socialism in France since 1878, the French railways system remained one of the most privatized system in Europe. Not very surprisingly, it was also one of the safest. Compared to the very public Belgian or German railway systems for example, the superiority of French private companies was incontestable. The statistics for the year 1909 are shown in the following:

Those enamored of “public services” think that labor for personal profit must be replaced by labor for the sake of quality. The paradox is that when you suppress the profit/loss system, people stop working for the sake of quality and endanger consumers. The advocates of railway socialism during the early twentieth century declared with admirable assurance that “wherever private initiative has proven inadequate the State must step in.” Today, experiments in the way of nationalization of railways have been sufficiently numerous to demonstrate the failure of public ownership. Should we not declare then: “Wherever public ownership has proven inadequate the State must step out?”