GET NEWS AND ARTICLES IN YOUR INBOXPrint
A
A
Home | Mises Library | Quantitative Easing: It's Sinking the Fed's Status 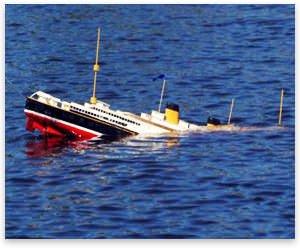 Uh oh, Mr. Bernanke, the natives are getting restless. Now it's not just Sarah Palin and Glenn Beck, or foreign central bankers, but more and more American economists who are starting to openly challenge the second round of "quantitative easing."

It's tough to rule the world, and sometimes the benighted masses get uppity. The first surprising pushback came in the summer of 2009, during the healthcare "town hall" meetings, which scared many legislators back to DC. More recently, Transportation Security Administration (TSA) officials seemed unprepared for the outrage over invasive pat downs and body scans.

In the realm of monetary policy, the Fed's apologists are circling the wagons against the ostensibly unsophisticated critics of "QE2," who don't want to take their inflationary medicine. In the present article I'll point out some of the latest (and most amusing) twists and turns in the debate.

Highbrow and Lowbrow Assaults on Bernanke

This open letter to Fed Chair Ben Bernanke in the WSJ has gotten a lot of coverage. Its message is straightforward enough:

We believe the Federal Reserve's large-scale asset purchase plan (so-called "quantitative easing") should be reconsidered and discontinued. We do not believe such a plan is necessary or advisable under current circumstances. The planned asset purchases risk currency debasement and inflation, and we do not think they will achieve the Fed's objective of promoting employment. …

We disagree with the view that inflation needs to be pushed higher, and worry that another round of asset purchases, with interest rates still near zero over a year into the recovery, will distort financial markets and greatly complicate future Fed efforts to normalize monetary policy.

The letter is refreshing because it doesn't merely warn of price inflation, but also acknowledges that the Fed's planned $600 billion in new purchases will "distort financial markets." What makes the letter particularly inspiring is that a few respectable economists signed it.

For those who prefer rough-and-tumble critiques, this amusing Xtranormal cartoon (which has a few naughty words) has been making the rounds. Although its author probably doesn't have a PhD in economics from MIT, it hardly matters, because most of its volleys hit their mark.

Naturally, the proponents of QE2 rushed to its defense. But in many cases, it was a very halfhearted defense. In this respect, my personal favorite was Tyler Cowen's:

I'm not sure it will work, because it won't fix the housing market, may not restore the demands for wealth-elastic goods in a sustainable manner, may not restore the normal flow of credit to small businesses, may not lower subjective estimated risk premia, and may not fix the general disconnect between expectations and reality. The effects on long-term interest rates are murky. …

Still, QEII may do some good. Money matters, even if we don't always understand how or why, and excessively tight money has never done market-oriented economics any favors. Think of QEII as a make-up for some earlier monetary policy mistakes. … QEII is not some terrifying burst of potential hyperinflation. The TIPS market is forecasting in the range of two percent inflation and it's gone up — what — sixty basis points since August? That's hardly the end of the Republic. … I've thought through "trigger models" of rapidly escalating inflation, but they don't scare me much.

Another amusing reaction came from monetary economist Scott Sumner. Recall that President Obama explained away the 2010 elections, not by saying the American people rejected the essence of his agenda, but rather by saying that the silly gooses didn't understand how much he was trying to help them. What we have here, Obama said, was a failure to communicate.

Well, Sumner takes that exact tack in explaining why all the rubes (and lesser economists) are distraught over QE2. Sumner thinks Bernanke suffers from a marketing problem. Instead of calling it "inflation," Bernanke should simply say he's trying to boost income. Then the American people wouldn't fall for foolish animations criticizing the plan.

Bestselling financial author Nicholas Nassim Taleb — who is familiar with the Hayekian critique of central planning and has written scathing attacks on mathematical economics — as usual offers an interesting perspective on this second burst of inflation. In a sense, Taleb is the anti-Cowen: whereas Cowen effectively said, "Hey, it probably won't work, but we might as well give QE2 a try," Taleb effectively argues, "Hey, it just might blow up the world financial system, so let's not give QE2 a try."

Let me outline a possible scenario in which the current defenders of the Fed would look back and say, "Oops!" Suppose — contrary to Paul Krugman — that price inflation continues to accelerate in the next 12 months. (After all, in the prior 12 months, the Producer Price Index is up 4.3 percent while the Consumer Price Index is up 1.2 percent — hardly the edge of a deflationary cliff.)

As expectations of price inflation rise, the yields on various bonds will begin increasing as well. At some point, some commercial banks will find it more attractive to begin lending out their nearly trillion dollars in excess reserves, rather than keeping them on deposit with the Fed, where they currently earn 0.25 percent.

"It's tough to rule the world, and sometimes the benighted masses get uppity."

At the same time, suppose that the economy is still a wreck. Unemployment is still higher than 8 percent, and the government at all levels is still projected to run massive deficits as far as the eye can see.

Interest rates on Uncle Sam's debt skyrocket. Rather than yielding 2.85 percent as they currently do, ten-year Treasuries suddenly yield 8 percent — which was the case in the mid-1990s.

At this point, the inflation genie is out of the bottle. The excess reserves begin flying out of the commercial banks. Rather than earning the lower interest rate that Bernanke is paying them, the banks chase higher returns now available even on relatively safe government bonds. Bernanke attempts to staunch the exodus by implementing one of his new "tools," namely by increasing the interest rate paid on excess reserves from 0.25 percent to 5 percent. However, after a few days the market begins to panic once again. It finally dawns on investors — and they all realize that they all realize it — that Bernanke can't really solve the problem of too many excess reserves by causing them to grow exponentially.

Watching the difference between yields on regular versus TIPS bonds, Bernanke and his colleagues realize that the market is forecasting annual rates of price inflation in excess of 10 percent for the next decade. Bernanke decides that he has no choice but to begin unwinding the Fed's massive balance sheet expansion, even though the "recovery" is still fragile and the move will destroy some major banks as well as the real-estate market.

Yet Bernanke must begin selling off the Fed's assets, in order to sop up some of the remaining excess reserves before the commercial banks lend them all out and create a multiple amount of new money. But to his horror, Bernanke soon realizes that, even if he were willing to return the Fed's balance sheet to its 2007 level, it won't be enough to arrest the inflation.

The problem is that Bernanke is sitting on huge piles of US government debt, which have just gotten decimated in the bond market. For example, if Bernanke in 2010 had created $1 billion of new reserves by buying $1 billion in additional Treasury debt, those securities would now be worth (say) only $650 million. So even if Bernanke sells them all back into private hands, he will only be able to eliminate 65 percent of the new reserves he had earlier created. Open market operations will not allow him to drain the system.

Bernanke and his clever colleagues would be able to postpone the crisis a few more months, perhaps even a year, by inventing all sorts of new emergency programs and "tools." For example, the Fed could issue its own debt, and "borrow" the reserves away from the banks for an extended period. But this would just be a variant of the trick of paying interest directly, and wouldn't solve the problem once investors thought through its ramifications.

At this point, the United States would suffer from double-digit stagflation, with worse on the horizon depending on how many excess reserves were still in the system at the point Bernanke (or his successor) finally lost control. Paul Krugman et al. would then declare, "Well how about that, looks like we're no longer in a liquidity trap. The government better jack up tax rates and clamp down some new regulations on the financial sector before the economy overheats."

The world financial system is incredibly complex. As Taleb warns, the policy of quantitative easing is analogous to someone trying to jerk ketchup out of a bottle. The first few attempts, and nothing seems to happen. But then a careless lunge can lead to disaster.