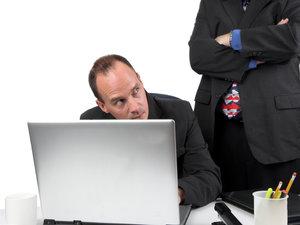 According to Reuters, two owners of a wedding chapel in Coeur d’Alene, Idaho are suing the city, and asking a federal judge to temporarily bar the city "from enforcing a local ordinance that bans discrimination tied to sexual orientation in businesses that are used by the public." Violators are subject to fines and jail time.

The chapel's owners, who refuse to perform same-sex weddings, are suing on grounds of religious freedom, but they should not have to resort to a religious-freedom argument when an appeal to private property rights would be sufficient in a free society. Without the specious concept of “public accommodation,” disputes like this wouldn’t arise. Only because this category is accepted in the first place can the courts find justification for forcing vendors to service the demands of customers in ways that defy their religious convictions.

According to Congress, “public accommodations” are businesses and facilities open to the general public. The idea first made its way into American law by way of the Civil Rights Act of 1964: Title II of that Act prohibits discrimination in places of “public accommodation.” Specifically, the law reads:

All persons shall be entitled to the full and equal enjoyment of the goods, services, facilities, and privileges, advantages, and accommodations of any place of public accommodation, as defined in this section, without discrimination or segregation on the grounds of race, color, religion, or national origin.

Such establishments are prohibited from discriminating on the basis of race, color, religion, national origin, disability, gender or sexual orientation, allegedly on account of their being open to the public.

On the surface, barring owners of public accommodations from discriminating on the basis of race, color, disability, etc., seems like a nice thing to do. Why would any business owner in their right mind turn away business from someone because of some harmless genetic trait, anyway? But this type of mandate has some serious problems.

First, by defining certain businesses as places of “public accommodation,” the Civil Rights Act of 1964 turned the force of law into a mechanism for social engineering. The Act is based on the premise that discriminating on the basis of race is wrong, and it utilizes the force of law to make business owners behave in accord with this moral dictate. But law is not supposed to engineer social behavior. If this were not so, being mean, rude, hateful, inconsiderate, unpunctual, selfish and/or a bad parent (among many, many other things) should also be illegal. But we don’t all have the positive right to be loved, appreciated, surrounded by selfless people, and/or have great parents. There is a logic to this. Our rights only say what others cannot do to us — not what others should do for us. Public accommodation and the Civil Rights Act pervert this framework, however, and say that business owners must serve everyone, regardless of their religious convictions, thereby creating a positive right to be served at any store open to the public — stores that would not exist had the owner not invested his own capital toward its creation.

Second, the right to be serviced at any place of public accommodation has unenforceable and awkward implications. This is because inherent in the demand for service is the demand for quality commensurate with what other customers received. If Hitching Post Wedding Chapel must marry same-sex couples, is it not implied that its ministers marry the couple with the same attention and quality with which they married other couples? But the obvious problem is that quality is subjective — while the same-sex couple may not be happy with the outcome and allege that the chapel did a subpar job because of their moral qualms with homosexual marriage, the chapel’s owners can just as easily allege that they did the best job possible. Who is to determine whether the wedding (or whatever relevant product or service) is of equal quality to others the chapel has supplied? Are judges and juries to decide whether one product or service is of equal quality to every other products or services of equal price?

For another, more blatant example, consider New Mexico photographer Elaine Huguenin. In 2008, Elaine was forced to pay $6,637.94 in attorney’s fees to a lesbian couple whose wedding ceremony she refused to photograph. She lost her case on the grounds that her photography business was one of “public accommodation,” and therefore subject to the nondiscrimination clauses in the Civil Rights Act of 1964. But if she had agreed to take photos, would the lesbian couple have had grounds to sue if they weren’t of equal quality? Is the jury to examine photographs and determine whether Elaine worked as hard taking one as she did another?

The reality is that this is an illogical law that cannot be enforced equitably and whose transgressors cannot be tried impartially.

Finally, by dictating who business owners must serve, “public accommodation” as expressed in the Civil Rights Act turns business owners into mere managers (instead of owners) of their respective businesses, legally forbidden from determining for themselves which customers they will serve. Their businesses exist at the whims of policymakers, who with the stroke of a pen can direct their business operations toward the fulfillment of some arbitrary social end. But this begs a question: If business owners are not the effective owners of their companies, who is? The answer is government. By mandating that certain businesses serve customers that their owners deem (for whatever reason) unserviceable, government decision-makers become the effective owners. According to the Act’s logic, it is government, after all, that licensed the business to operate in the first place. Government, then, should be allowed to determine who can and cannot patron the business. Public accommodations’ owners’ freedom to engage in commerce is merely an illusion. They are only free as long as they comply with overbearing government regulations.

But this, of course, is no freedom at all.

Of course, some might object and argue that the law should be a means for elected officials to engineer social behavior, or that freedom to engage in commerce really isn’t that important. If this is where you stand, then we have more serious disagreements.