Pseudofacts from the MSNBC Three 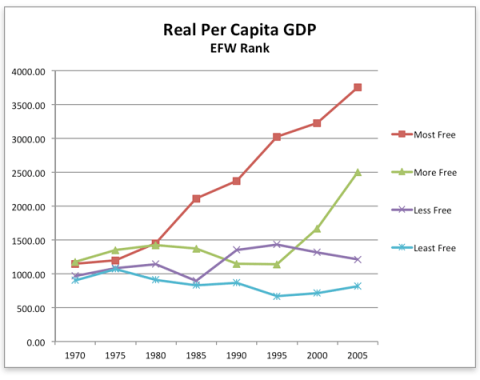 The latest data on unemployment show little improvement in economic conditions. The official unemployment rate is down slightly to 9.1 percent from 9.2 percent in June:

Some of the facts regarding unemployment are clear. Net increases in jobs were small, but more importantly labor-force participation declined. According to Bureau of Labor Statistics data the number of "discouraged workers," people who have given up looking for work, increased sharply over the last month. A broader measure of unemployment that includes discouraged workers (U-5) was unchanged at 10.9 percent.

Opinions regarding the underlying causes of the slow recovery vary. Some interpret the slow recovery as proof that President Obama's fiscal policy, especially the Recovery and Reinvestment Act, has failed. Others continue to believe in the powers of fiscal stimulus.

Michael Crowley, Chris Matthews, and Clarence Page recently ridiculed critics of Obama's policies. According to these three, the belief that persistent unemployment undermines the case for fiscal stimulus derives from "simple crayon level thinking" of people who "make up their own facts," whose "commitment to ideology" overrides history and facts.

Crowley, Page, and Mathews believe in the "fact" that the stimulus was not large enough. Unemployment would have been much higher had it not been for Obama's fiscal stimulus. Interestingly, Matthews also said, in the same conversation, that "the standard line of an ideologue is that you didn't do enough."[1] There are, of course, problems with determining the actual net effects of any policy. Anyone can speculate as to what might have happened without a given policy or program. Statistical models are imperfect, and can be misused. Princeton economist Alan Blinder attempted to prove that unemployment would have been 15 percent without Obama's policies, but this study was debunked by Robert Murphy.

As a matter of historical fact, the idea that Obama's deficits were too small appears odd. The last severe recession occurred in 1981. Unemployment reached a higher level in 1982 than during the subprime recession.

According to Keynesian theory, deficit spending is the most reliable method of ending recessions. Besides, Fed chairman Paul Volcker made ending inflation the main object of monetary policy during these years. Congress and President Reagan ran deficits during this time. The Reagan deficits were in the low single digits as a percentage of GDP, whereas Obama's deficits are in the double digits. Yet unemployment fell more rapidly in the mid-'80s than in the past two years.

How might Keynesians argue that Obama's relatively large deficits were not large enough? Recovery during the 1980s was likely helped by the partial deregulation of some American industries that began during the Carter administration (though the main issue at that time was ending severe inflation). Deregulation did not happen in the past decade. This might explain part of the difference between then and now, but not in a way that supports Keynesianism or Obama's policies.

Further problems with Keynesian excuses arise when we examine the timeline of the recent fiscal stimulus. The subprime recession was ending at the time that Obama signed the Recovery and Reinvestment Act into law (February 17, 2009). Stimulus spending followed months later in 2009. Given a lag in the Keynesian fiscal multipliers of 6 to 18 months, there should have been an increase in the pace of recovery in 2010. In reality, the pace of recovery slowed in 2010.

Though there is a reason why some now refer to the current popularity of Keynesian economics as a comeback, it has a prior history of ruinous failure. The original Keynesian program was thoroughly discredited by experience in the mid-20th century. Keynesian efforts to "fine tune" the economy ended in high unemployment and near hyperinflation by the late 1970s.

Reports of a recent second coming of Keynes are, however, as inaccurate as the original gospel regarding this false prophet of rational governance. Contemporary Keynesians have often noted that the anti-inflation central-bank policies of Milton Friedman were tried only for a few years during the early '80s.[2] Since then, the Federal Reserve has followed the New Keynesian policy of "coarse tuning." The Federal Reserve played a central role in financing the subprime boom (not to mention the dot-com boom). Central-bank policy is still at the center of boom-bust cycles, just as it was in the stagflation of the 1970s. Only this time Keynesians have done a much better job of blaming others for their miscalculations.

Matthews, Crowley, and Page mentioned various other so-called facts: Herbert Hoover caused the Depression with laissez-faire policies, FDR saved us from total collapse with Keynesian spending, World War II ended the Depression once and for all, etc.

These beliefs are, of course, mythical. Hoover and FDR both increased Federal spending sharply, pressured businesses to keep wages high,

and founded new federal agencies; and the sharp decline in war spending in 1945–46 did not bring the Depression back.

The aforementioned facts are easily checked and have been published repeatedly, yet high-profile media figures continue, not only to deny these facts, but also to insult and ridicule those persons who have actually acquired and presented superior historical knowledge.

Worse still, those who still embrace a mythical view of the Great Depression are now trying to establish a new mythology: President Bush caused the subprime boom and crash with free-market policies, and Obama mitigated the effects of this crash with an insufficiently large $5 trillion in deficits. If you think that the emerging subprime mythology is too absurd and easily debunked to get established, just consider the continued popularity of Hoover-FDR Depression mythology.

How can such easily verified facts remain contentious? We could attribute it to political partisanship. Nobel Prize–winning economist and columnist Paul Krugman criticized President Bush for running high deficits as the population is aging; his policies resulted in weak growth. Now Krugman finds Obama's deficits insufficient. Krugman might respond by saying that the private components of aggregate demand are weaker now than then, but he also says that we don't know what happened when a collapse of government spending in 1946 did not restore the Depression.

When those who do look at the facts simply go into denial, reasonable discussion is impossible. Worse still, Krugman (and Senator John Kerry) have now said that the media should be less balanced, because those who strongly disagree with their opinions are a cult that should be censored. That is, the American public in general should not be trusted to judge the veracity or logic of views expressed by critics of Obama; Krugman and Kerry have suggested preliminary guidelines for policing thought.

The aforementioned MSNBC trio is not in denial, at least not yet, but they and many in their audience need to become better acquainted with real facts. Given their attitude, they and others like them are unlikely to either undertake this task on their own or listen to those with better-informed opinions. Fortunately, public opinion does change over time, albeit slowly, and sometimes for the better.