GET NEWS AND ARTICLES IN YOUR INBOXPrint
A
A
Home | Mises Library | Prohibition's Repeal: What Made FDR Popular

Prohibition's Repeal: What Made FDR Popular 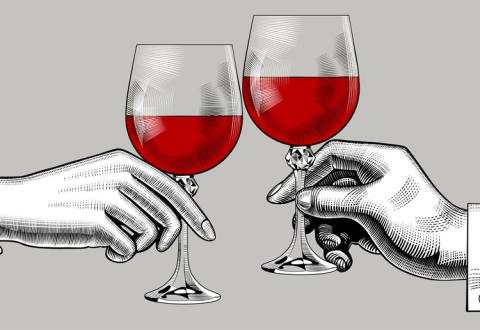 For seventy-plus years, the case of Franklin Delano Roosevelt has vexed people of a libertarian bent. His policies, extending war socialism based on Mussolini's economic structure, expanded the American state to an unthinkable extent and prolonged the Great Depression through the horrific World War II.

Normalcy did not return until after his wartime controls were repealed and the budget was cut. Lasting economic recovery began in 1948.

And the guy who made all that happen is a hero? His picture is on the (depreciated) dime.

Libraries of books have appeared about his presidency, most celebrating his cockamamie schemes, and this is the example that has inspired the whole of American political culture. Everyone tries to be like him, and the way they try to be like him is by ramming through even-more-cockamamie schemes using high-blown rhetoric. Bust the budget and be "great": this is the lesson of FDR.

George W. Bush was a case in point. After 9/11, he did the best impersonation he could, but in the end he was completely discredited. Clinton tried something similar with his goofy healthcare plan, but he failed. Obama took some steps in this direction, but they never amounted to much.

The problem here is the example of FDR and the lessons that the American political class has learned from it. The big-government left loves the example, and urges everyone, go thou and do likewise. The neoconservatives have taken the approach that we should just stop fighting about FDR and learn to love the New Deal. Newt Gingrich and his friends have pushed the most implausible thing of all: heralding the greatness of the New Deal while also proclaiming their opposition to big government. Huh?

In the end, it turns out that everyone has learned the wrong lesson, and not only stemming from the mistaken view that the New Deal somehow got us out of the economic depression. The main wrong lesson here might be political.

As Mark Thornton has shown, the big legislative change that FDR made at the start of his presidency, the decision that affected every single American citizen from one coast to the other, was the repeal of the thirteen-year hell of Prohibition. He campaigned to repeal Prohibition (which Hoover supported) and cut government (which Hoover expanded). He kept his main promise merely two weeks after the inauguration. Later that year, he basked in the glory of an amendment to the Constitution that repealed the Prohibition amendment of 1920.

These actions had an immediate effect that dramatically changed life for everyone, drinkers and nondrinkers alike. The speakeasies and their corruptions came to an end. The cops cleaned up their act as bribes and payoffs were no longer the main part of the daily grind. Local government budgets were suddenly flush with revenue. There were new markets for grains. There were meeting places for people. The young were no longer lured into the drunken underworld with its forbidden-fruit attractiveness. For heaven's sake, people could have a glass of wine with dinner!

If you think that this is no big deal, consider the absolute despotism of the 18th Amendment that FDR killed:

Section 1. After one year from the ratification of this article the manufacture, sale, or transportation of intoxicating liquors within, the importation thereof into, or the exportation thereof from the United States and all territory subject to the jurisdiction thereof for beverage purposes is hereby prohibited.
Section 2. The Congress and the several States shall have concurrent power to enforce this article by appropriate legislation.

Yeah, sure, this is the land of the free! FDR's response was the 21st Amendment:

Section 1. The eighteenth article of amendment to the Constitution of the United States is hereby repealed.

Here is drama. Here is greatness. Here is what it means to set people free. By comparison, everything else that FDR did—nefarious and awful—paled by comparison, at least from the point of view of the average person. Having taken credit for repealing Prohibition, FDR had tremendous legislative leeway, which he used to the maximum extent for one, two, three, four terms in office. This is what big actions on behalf of human liberty can bring.

Since then, we've had a long string of politicians who tried to emulate FDR's horrible programs without having done anything positive for the cause of liberty. It doesn't work. They keep going down in flames. And why is this? Because, for the most part, the main impulse of American politics was always and still is essentially libertarian.

The songs we sing, the pledges we make, the stories of our founding, all have liberty as the main theme. Despite all the horrors of the presidencies and the vast expansion of government power, liberty remains the overriding impulse of American political culture. The welfare and warfare states are out of control, and yet, it remains true that the most politically effective themes in American life revolve around liberty. Liberty is what unites us. Liberty is what we want.

So why haven't we seen this before? We tend to separate economic and social policy and forget the way they play off each other. Good economists have condemned the New Deal, but they might forget how the repeal of Prohibition had a huge economic aspect.

The other thing is that the historians are liars. They want us to believe that FDR was loved for all the horrible things that he did. This is why they keep pounding into our brains the glories of the New Deal.

The results of this misconstruing of history have been disastrous for human liberty. Now with a new understanding of why so many people loved him, we have a better example of political success. The next president, from whatever party, should learn. Bring the troops home. Cut taxes. Legalize marijuana. Eliminate restrictions on any and every industry.

Reagan understood this, which is why he immediately cut taxes and broke the power of a government union—and this is also why his catastrophic deficits, later tax increases, and government expansions were not regarded as the betrayals they were.

Freedom is the theme. The president who pushes it succeeds. The cautionary aspect of this story is that not even that president should be trusted. FDR used his great action as an excuse to get away with many evil actions. The first lesson for politicians is to push freedom first. The lesson for the rest of us is never put your trust in a president, even one that has done something good.