Professor Stiglitz and the Minimum Wage 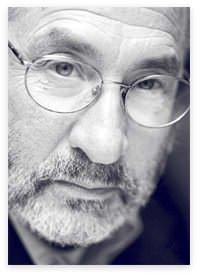 Nothing gets me more upset than when someone brings up an argument supporting minimum wage legislation. It's not that I can't counter the argument; it's just that it takes some time to do. So, once and for all, I'm going to target the main motivation for minimum wage advocates in academia: politics.

Minimum wage is one of the only subjects nearly all economists agree upon. Quite simply, to believe in the merit of minimum wage laws is to misconstrue the fundamental claims of economics. The exceptions are economists who are willing to throw out science in defense of the policy positions of political figures.

Such is the case with Joseph Stiglitz, who was the chairman of the Council of Economic Advisors from 1995 to 1997, served as VP at the World Bank, and now teaches at Columbia University. His name often comes up during minimum wage battles. He is cited as a case of a real economist who has seen the light and realized that modest increases in wage floors can do great good.

But students of economics don't have to look far to see that the circumstances behind his change of mind were highly suspect.

In his 1993 book, Economics, Stiglitz denounces the minimum wage. He goes even further than most economists. A writer could simply talk about the effects of price floors relating them to minimum wage without making value judgments or mentioning circumstances on a larger scale, but Stiglitz's pulls no punches:

"Price floors have predictable effects too…. If government attempts to raise the minimum wage higher than the equilibrium wage, the demand for workers will be reduced and the supply increased. There will be an excess supply of labor. Of course, those who are lucky enough to get a job will be better off at the higher wage than at the market equilibrium wage; but there are others, who might have been employed at the lower market equilibrium wage, who cannot find employment and are worse off."

In the above passage, Stiglitz clearly indicates that he has knowledge of unemployment caused by minimum wage and a basic understanding of price floors. But now he continues, "In addition, a higher minimum wage does not seem a particularly useful way to help the poor." Also: "Thus, the minimum wage is not a good way of trying to deal with problems of poverty."

Joseph Stiglitz's views are pretty clear in his book. But they quickly changed when he got a new job as Chief Economic Adviser (CEA) for the Clinton administration.

Stiglitz and the rest of Clinton's economic advisers suddenly signed up as supporters of the minimum wage. How does a person go from writing a textbook denouncing minimum wage to outright support of a policy? Politics.

In the April 12, 1996 edition of the Wall Street Journal, Stiglitz is exposed in the article "Stiglitz v. Clinton."

The editorial pointed out the same textbook passages as I have and asks the same questions about his sudden change in economic principles.

Stiglitz answered this editorial with another article of his own, titled, "I changed my mind. What's the big deal?"

In his defense, Stiglitz refers the reader back to his textbook, where he says that with differences in the elasticity of the demand and supply curve, minimum wage will cause more or less unemployment. This is true. Stiglitz does mention this in his textbook. Here's something else he says in his textbook (but leaves out of his later article):

"Most poor people earn more than minimum wage when they are working; their problem is not low wages. The problem comes when they are not working."

Notice that he doesn't even say that unemployment is a greater problem than low wages. He says, "their problem is not low wages."

Even if elasticity causes only a little unemployment, Stiglitz's original comment stands. Unemployment is the problem, not wages.

If unemployment is the real problem why would he lend is his support to a policy that will only increase it?

Minimum wage is a great political tool for politicians. The minimum wage promises that wages will go up without any negative effects. To the common person, this seems like a great idea. Then you can back up your idea with respected economists such as Stiglitz to seal the deal and get votes from interest groups.

Stiglitz used the same arguments in his response letter in the Wall Street Journal. He said, "For example 101 leading economists, including Nobel Prize–winners Kenneth Arrow, Lawrence Klein, and James Tobin, signed a letter last year supporting President Clinton's proposed increase in the minimum wage from $4.25 to $5.15 per hour." He went on to describe these signatories as "distinguished and disinterested academics."

Why not just explain the economics? A list of people who say something is a good idea does not prove that it is a good idea. I can find plenty of quotes from early 20th-century academics in support of the policies of Hitler, Mussolini, and Stalin. My list would be a lot longer than Stiglitz's.

For something to make sense it must be logical and backed by credible evidence. Why didn't Stiglitz use this approach? Because he surely knew that he was wrong. If he didn't know he was wrong, he might have consulted Murray Rothbardor looked at almost any microeconomics textbook (e.g., his own).

At the very beginning of his response Stiglitz wrote, "Economic research on the minimum wage continues (fortunately) to progress. More insightful theories and new empirical studies…" I wish Stiglitz had told us what studies he is referring to. Once again, he remained vague.

His language was perfect to fool those uneducated in economics. How can someone argue with unstated new evidence that has changed a "great" economist's mind?

How do these few economists prove that minimum wage actually works? One option is setting up unrealistic models of monopsony where only one employer is present. Walter Block and Bill Barnett refute this theory in "An Austrian Critique of Neo-Classical Monopsony Theory," available here in PDF.

The second option is to attempt to find convoluted data from a specific place at a specific point in time. With over 70 years of minimum wage data in the United States, one can find instances where, for other economic reasons, employment did not decrease or did not decrease significantly.

For example, you pick New Jersey's raise in minimum wage as your study. Then you pick the late 1990s — an era of economic boom. Next you decide only to study fast food restaurant workers. You don't separate teenagers with less productivity from adults with more experience and higher productivity. Finally, you don't use employment data of the fast food restaurants themselves but instead choose to use labor department statistics.

This is the style of recent minimum wage advocates, Card and Krueger.

With this sort of process, it is not hard to imagine that you will find strange results. Another tactic: ignore seventy years of evidence to the contrary. (For more on the real long term effects of minimum wage legislation, The State Against Blacks is a fabulous, short, and to-the-point book by Walter Williams.)

If one truly wants to prove that minimum wage works to help the poor, using data like Card and Krueger is a good first step. But why would "distinguished and disinterested academics" possibly use such an illogical and unscientific method of examining a problem? I think the answer is quite obvious by now: politics.

Some of the other writers get even dumber. One economist said that a higher minimum wage increases the incentive to work. Therefore, the minimum wage law is great! Either this person has a political agenda or his degree should be revoked. I have a great incentive to get a job that pays a million dollars an hour but guess what? I can't find one. And even if I find a job like that, they probably wouldn't hire me.

Joseph Stiglitz is like the rest, a man of his times. Fortunately for him, the public and politicians demand sugar-coated antidotes for poverty. Presidents like Bill Clinton are more than happy to meet that demand with a plentiful supply of people willing to bury science for political reasons.

Politicians know that the average voter won't look up the sources of those backing their economic policies. A simple economist who agrees, no matter how lame the argument, is sufficient for a political campaign.

Joseph Stiglitz ended his letter to the Wall Street Journal saying, "As a famous economic adviser to the British government apparently once said, 'When the circumstances change, I change my view. What do you do?' The evidence on the minimum wage is an example of changing circumstances."

Actually, the evidence is still the same. There are still about 70 years of evidence on minimum wage against any attempt to warp the truth in favor of politics and power. Stiglitz's circumstances have changed; the data has not.