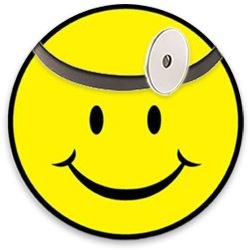 It is easy to criticize the US healthcare system, but we should be clear on one thing: it is not "free market" or "private" healthcare. A free market in healthcare would be more efficient and innovative, and offer better quality products and services, with lower prices than is currently the case.

In addition to the US government's obvious socialist interventions with programs such as Medicare and Medicaid, there are a multitude of other measures that hinder innovation in healthcare — and we can expect only increased involvement under ObamaCare.

While socialists point to the "failures" of the US healthcare system and, by some magical feat of legerdemain that merely exposes their (economic) ignorance, attribute it to the "free market," it is crucial for Austrolibertarians to point out the absurdity of this false reasoning.

For example, the US government accounted for over 45% of all US healthcare expenditures in 2006; it spends almost 20% of GDP on healthcare; indeed, it spends more per capita than any other OECD country (see Figure 1), including those with socialist, government-funded healthcare. In short, this is not a free market.

We can quickly list a few of the myriad government and other regulatory programs that keep prices high and stifle innovation: the Center for Disease Control and Prevention, the Food and Drug Administration, the American Medical Association, the United States Department of Health and Human Services, etc. One reason healthcare costs are so high is because the industry is subsidized; and one reason government intervention only grows is because you can expect more of anything that is subsidized. Doctors and physicians raise their prices on those paying privately to cover those who do not pay, i.e., those the government pays for through theft, a.k.a. taxes. Government is a poor individual's (and everyone's) worst enemy, or at least should be when recognized for what it is and does. Fortunately, there are entrepreneurs who compete in the healthcare industry, despite government's attempts to hinder competition.

Private companies that are allowed to do business without government intervention (and without being granted a government-sanctioned monopoly) must offer better-quality services or lower prices to continue to attract customers. One example of a company that consistently offers both better-quality products and services and lower prices is Wal-Mart. Even Wal-Mart's critics typically agree that it is always about low prices.

Indeed, many governments have issued antitrust cases against Wal-Mart for charging too low a price (so-called "predatory pricing"). Because of the threat of antitrust prosecution — and especially given that antitrust laws are so vaguely defined — businesses are more fearful of taking on risk, and less efficient in serving the consumer.

Fortunately, however, Wal-Mart has continued to grow and has recently ventured into the healthcare market.[1] While the US government adds more bureaucracy and money to the healthcare situation, private companies such as Wal-Mart are innovating and bringing the blessings of healthcare to many. Wal-Mart has given access to lower-priced, affordable products to "poor" and millions of uninsured individuals. They are the world's largest (private) employer, with over two million employees serving over 200 million customers a year. Sam Walton should receive a Nobel Peace Prize for his efforts, which have lifted millions out of poverty, and continue to do so.

Wal-Mart now offers walk-in, inexpensive healthcare services by leasing store space to private health clinics. This service, combined with an in-store pharmacy that offers $4 prescriptions, will offer these services to millions of people, and there is no requirement to have health insurance. Consider this: Wal-Mart's $4 prescription program has saved customers over $1 billion dollars since its inception. Prices are a flat fee of around $45 per visit, and are well advertised, i.e., there is no guess work, and price transparency exists. Contrast this with a typical doctor's visit where you might not know what you are paying until three months later.

Our retail clinics are an especially valuable resource for individuals without health insurance. Nearly half of all clinic patients report that they are uninsured. Many visitors have said that if it were not for our clinics, they wouldn't have gotten care — or they would've had to go to an emergency room. By visiting one of our clinics, patients receive the care they need and at the same time reduce overcrowding in emergency rooms and eliminate the costs of unnecessary hospital visits. (Emphasis added.)

There are significant effects and benefits that can be attributed to Wal-Mart's innovation in healthcare services. For example, Wal-Mart offers faster service and treats common illnesses, fostering a greater specialization and division of labor. This will allow doctors to specialize in more complex problems; and yet some physicians are (correctly) worried since they will have to struggle to compete with Wal-Mart's healthcare. Most physicians earn their revenue from "quick" visits — the "simpler" the illness, the quicker the visit — which means more customers, and more revenue. Wal-Mart will now be treating those patients and receiving revenue from customers, which formerly would have gone to physicians.

Similarly, the AMA cartel could receive a "prescription" from Wal-Mart on learning how to foster innovation, as opposed to stagnation, to maintain relevance. Other organizations, such as the American Academy of Pediatrics, instead of attempting to compete, intransigently and stubbornly cling to their antediluvian practices by merely writing position papers opposing retail clinics such as Wal-Mart.

Indeed, almost any healthcare service will have to lower its prices to compete with Wal-Mart. Competition will likely increase and there will be more healthcare and retail clinics that offer similar services at competitive prices. The more profits that Wal-Mart obtains through this service, the more competition there will likely be to strive for a portion of consumer's money — thus we see the important function of profits in the economy. Typical public opinion has the causal link exactly backwards: the more profits a company earns (in a free market), the better it is serving its consumers, i.e., the more they are demanding its services. They should be exalted for their efforts (and profits), not condemned. 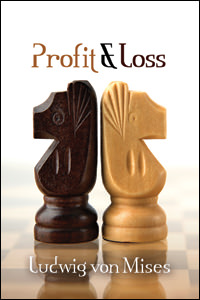 In the spirit of competition, self-interested entrepreneurs will strive to serve the consumer better than their rivals. This will result in more affordable healthcare for more people — something the government could never achieve, regardless of any mixture of force, money, and bureaucracy; in fact, any government intervention will only stifle this "healthy" process.

The market, to the extent it is able to work freely, would lower healthcare prices while increasing quality; to the extent that government is involved, expect higher-priced and lower-quality services — and more bureaucracy. Wal-Mart and other retail clinics have raised the bar for competitors by lowering costs and innovating. In a world where government power is growing and seizing — and ceasing — liberty, and suppressing innovation that takes place in a free market, private companies such as Wal-Mart that continue to take risks and innovate provide hope for the future.

Chris Brown is a lecturer at the Australian Graduate School of Entrepreneurship at Swinburne University. He also centrally plans the Austro-libertarian blog. Comment on the blog.

[1] There is the possibility that Wal-Mart will "partner" with government to offer "universal" healthcare coverage. If this unfortunate and disappointing event comes to pass, an article critiquing the adverse effects of public-private partnerships—and castigating Wal-Mart—will be necessary.