GET NEWS AND ARTICLES IN YOUR INBOXPrint
A
A
Home | Mises Library | Praise Be to Tax Competition!

Praise Be to Tax Competition! 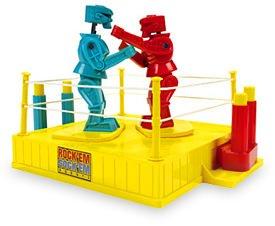 Tax competition occurs when a government uses its tax system to try to attract capital, business activity, or wealthy individuals from other countries. At its most obvious this could be a "tax haven" with very low (or even zero) tax rates, but it could include more subtle provisions such as tax breaks for specific businesses relocating into a country. Game theory suggests that if the low-tax countries successfully attract international investment then other governments will respond, leading to a competitive spiral of tax reductions as they all compete for mobile capital.

A market restraint on government

For a supporter of Misesian theory, any mechanism that puts pressure on governments to lower taxes has to be good news. Often the only incentives for government activities and spending seem to be upward ones, as lobby groups and politicians seek to extend the power of the State. Hence the historical trend for taxes to increase, and anything that helps counter this will be beneficial.

Even better, this is a market mechanism to limit taxes, not a political one; tax competition effectively sets up a market for governments, who are forced to compete for "customers" (whether businesses or individuals). Competition will have the same effects on governments that it has on businesses — they will be forced to be more efficient, and to be more responsive to "customer" preferences. At its best, competition should result in genuine choice of governments, with different countries offering different levels of taxation and government activity to suit different preferences.

Tax competition does not prevent citizens, through electing their governments, from setting whatever tax systems they prefer. However it does mean that countries will face the consequences of their choices, and it gives an exit mechanism for minorities to protect themselves from victimization. It also helps to counter the democratic deficit caused by the political class offering a very limited choice of policies that does not reflect the range of the electorate. Unfortunately this makes tax competition as popular amongst governments as other forms of competition are amongst large corporations, and so often their reaction is to form a cartel to guard their patch from upstart smaller competitors.

Tax competition was significant in the 1980s, as capital and import controls were relaxed and international markets (including capital and labor markets) were freed from the post-War restrictions. As the United Kingdom and then the United States reduced their tax rates (especially the punitive taxes on capital popular in the 1970s), the improved capital mobility allowed tax competition to spread these reforms (to varied extents) around the world. More recently in a similar way the reforms in the ex-Communist countries of central Europe (led by Estonia with its 0% corporate tax and flat rate personal tax) are prompting the countries of "old" Europe to examine their own tax systems.

In response to this tax competition we have seen several recent attempts to form an international tax cartel, all led by some of the high-tax European Union countries. The European Union is not merely a trading bloc but a political construct, based on a supposed shared "Social Model," and in recent years this has become a far more explicit policy objective; as the European Commission (the EU's bureaucracy) said recently:

First, national economic and social policies are built on shared values such as solidarity and cohesion, … adequate health and safety, … universal education and healthcare … a choice in favour of a social market economy.

Second, European citizens have greater expectations of the state than their equivalents in … Asia or America. The public sector tends to play a big role, either through regulation or government spending…

This "Social Model" needs high (and seemingly ever-higher) taxes, and so tax competition puts it at risk; raising taxes would mean a loss as investment moves to other countries. The European Union therefore wants to prevent tax competition, to keep its taxes high to fund the supposed "shared values" of its citizens for a high-tax, high-regulation state.

In fact it is not clear that the "shared values" really exist outside the European political class. The old high-tax, high-regulation, high-welfare social model is visibly failing significant groups of citizens, driving jobs to more flexible economies and creating unacceptably high levels of unemployment (now up to 19 million across the EU), while heavy labor regulations protect those already employed and so push the burden of unemployment onto the young.

Some of the current problems in Europe — not only the highly visible civil disorder in France but also matters such as low voter turnout and the low levels of qualification amongst the young (and the emigration of those who are qualified) — may be evidence of increasing rejection of the post-War consensus by the new generation.

The political class however is afraid of change and determined to preserve the status quo. The European Union therefore, far from allowing diversity to lead to choice and inter-State competition, is increasingly pushing for a tax cartel to protect its crumbling Social Model.

Taxation is increasingly not just an internal European issue but a worldwide one. In a global world an effective tax cartel will have to be international; there is little benefit for the European governments in stamping out tax competition within the borders of the Union if there are still low-tax jurisdictions elsewhere. What we have seen in recent years therefore is repeated attempts by the European governments to impose their outdated model on the rest of the world.

The best known attempt by the European governments to shore up their crumbling tax systems was the Organization for Economic Co-operation and Development's campaign against low-tax jurisdictions. The OECD accepted (in theory) the benefits of tax competition in keeping taxes low and governments efficient, but sought to emasculate it by preventing "harmful" tax competition (which seemed to be defined as any tax competition that might actually be effective), forcing non-members to change their tax systems by imposing sanctions on non-compliant countries.

However the EU has been following other routes alongside the OECD action. Under the 2005 Savings Tax Directive all interest payments to EU residents will be subject to a minimum tax (initially 15%, rising to 35%), to prevent tax competition within Europe and so ensure that European governments can collect their high taxes on capital income, and increase their rates in the future.

However, there are plenty of places outside Europe where foreigners can earn tax-free interest, and so the fear was that imposing a Europe-wide tax would merely drive capital further afield. Europe could therefore lose valuable financial sector business and the related income (and employment) without collecting significantly more tax. This capital market mobility is not just a theory; the trillion-dollar London Eurobond market was initially formed in 1964 when the United States started levying tax on bond interest, and corporate borrowing (and the associated trading) was swiftly relocated to London.

In order to limit capital flight, the cartel had to be extended beyond the EU's borders. Pressure was therefore put on a range of other countries to force them to impose the European tax as well, particularly the main non-EU tax havens within Europe (Switzerland, Liechtenstein, San Marino, Monaco, and Andorra), and the various "dependent or associated territories" of EU members (the Channel Islands, Isle of Man, the Dutch Antilles and Aruba, and the UK's dependencies in the Caribbean).

The survival of tax competition

Tax competition has, so far, survived these attacks.

The OECD process was met by organized opposition from the threatened low-tax jurisdictions, who agreed to the OECD's commands but insisted that all countries, including the OECD members themselves, reformed their own tax systems. This has so far been successful, as the OECD members are unwilling to remove "tax competition" aspects of their own tax systems (such as "corporate welfare" tax preferences for particular business sectors, or for foreign investors), but find it politically difficult to impose rules on ex-colonies that they are unwilling to follow themselves. In addition, the current US government is not fully supportive of these moves by the OECD, which should make OECD sanctions, should any be imposed, less effective.

Although the Savings Tax Directive is now in force, it seems to have had only a limited effect in stopping tax competition, partly because in its current form it is full of loopholes and should be easily avoidable, and partly because it still does not cover all tax havens. The Hong Kong Securities & Futures Commission reported that in 2003 investments in collective investment schemes soared by 56% after years of relatively stable growth, it is thought due to European capital moving out before the Directive was implemented.

Tax competition is still thriving as investors, and increasingly workers, vote with their feet and move in response to high taxes. If Europe's economy is not going to suffer even more damage, its governments will have to stop their failed attempts to impose a tax cartel and recognize the realities of a global economy. This means lower, simpler taxes, which in turn means that restricted State spending will have to be more responsive to the wishes of their electorates, and tax competition is the force that has the best chance of bringing this about.

Richard Teather is Senior Lecturer in Tax Law, Bournemouth University (UK). He is a frequent writer and speaker on tax policy matters and practices as a tax consultant. Send him mail. Comment on the blog.

His book, The Benefits of Tax Competition, was published by the Institute of Economic Affairs, London in December 2005, and is available via www.iea.org.uk. The full text is here.