The Pope and the Cause of Freedom 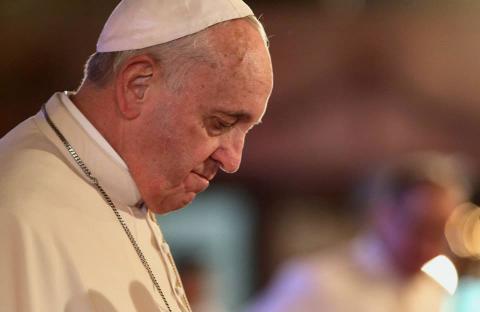 Ten years ago, Pope John Paul II released Centesimus Annus, an encyclical, at once subtle and sweeping, that addressed the future of the post-communist countries of Europe and the general subjects of freedom, society, and faith. The document represented the fullest embrace that the Catholic Church has given in the modern period to classical liberal ideas, particularly as they apply in the economic sphere.

In CA, the Pope argues that socialism failed, not just because it was bad economics, but mainly because it rejected the "truth about the human person." The state under socialism treats the individual, not with dignity, but as "a molecule within the social organism, so that the good of the individual is completely subordinated to the functioning of the socio-economic mechanism." As an alternative, the Pope recommends the "business economy" and the "free market" as "the most efficient instrument for utilizing resources and effectively responding to needs."

These observations are the conclusions of an in-depth discourse on the structure of society itself, with reflections on the place of intermediating institutions, private property, the price system, the division of labor, the family, and how all of them relate to the role of faith in sustaining a social commitment to liberty.

Pope John Paul II draws attention to the ways in which the commercial sector, rooted in voluntarism and cooperative work, sustains "solidarity," which comes not through coercion but through cooperation and exchange. Centesimus revives the idea of "subsidiarity": the view that problems are best solved by those people and institutions closest to them, and that outside interventions should take place only when necessary and only on a temporary basis. The coupling of these two ideas of "solidarity" and "subsidiarity" draws attention to the unlimited possibilities for human cooperation under freedom and the severe limits that must always be enforced against the power of the state.

The Pope is blunt on the nature of the total state:

In the totalitarian and authoritarian regimes, the principle that force predominates over reason was carried to the extreme. Man was compelled to submit to a conception of reality imposed on him by coercion, and not reached by virtue of his own reason and the exercise of his own freedom. This principle must be overturned and total recognition must be given to the rights of the human conscience, which is bound only to the truth, both natural and revealed. The recognition of these rights represents the primary foundation of every authentically free political order.

He offers severe criticisms of the democratic state:

Authentic democracy is possible only in a State ruled by law, and on the basis of a correct conception of the human person . . .  if there is no ultimate truth to guide and direct political activity, then ideas and convictions can easily be manipulated for reasons of power. As history demonstrates, a democracy without values easily turns into open or thinly disguised totalitarianism.

And of the welfare state:

By intervening directly and depriving society of its responsibility, the Social Assistance State leads to a loss of human energies and an inordinate increase of public agencies, which are dominated more by bureaucratic ways of thinking than by concern for serving their clients, and which are accompanied by an enormous increase in spending.

The document is just as severe in its attack on the warfare state:

I myself, on the occasion of the recent tragic war in the Persian Gulf, repeated the cry: "Never again war!" No, never again war, which destroys the lives of innocent people, teaches how to kill, throws into upheaval even the lives of those who do the killing and leaves behind a trail of resentment and hatred, thus making it all the more difficult to find a just solution of the very problems which provoked the war.

The Church is not a policy think-tank, nor an international planning agency like the IMF or World Bank, and thus warns that it "has no models to present." Civil society must develop organically from a healthy culture.

[m]odels that are real and truly effective can only arise within the framework of different historical situations, through the efforts of all those who responsibly confront concrete problems in all their social, economic, political and cultural aspects, as these interact with one another. For such a task the Church offers her social teaching as an indispensable and ideal orientation. . . .

As versus the imposition of a particular political and economic structure, the Church echoes classical liberalism's claim that free societies, when circumscribed by individual moral conviction, are essentially self-ordering:

Not only is it wrong from the ethical point of view to disregard human nature, which is made for freedom, but in practice it is impossible to do so. Where society is so organized as to reduce arbitrarily or even suppress the sphere in which freedom is legitimately exercised, the result is that the life of society becomes progressively disorganized and goes into decline.

Among the self-ordering systems in society is the commercial sector, which is based on private property, profit ("When a firm makes a profit, this means that productive factors have been properly employed and corresponding human needs have been duly satisfied"), the division of labor, entrepreneurship, and the business firm.

There’s another reason the Catholic Church isn’t proposing a political blueprint: even in its social teaching, the Pope is focused on the central mission of the Church, which is not building the kingdom of God on earth but evangelizing souls. The entire approach is oriented toward guarding human dignity and creating the social conditions that best enable man to work out salvation.

If Woodrow Wilson wanted to make the world safe for democracy, and George W. Bush wants to make the world safe from evil, John Paul II has an agenda that is more politically modest but more spiritually challenging: he wants to make societies safe for the spread of the gospel. He concludes that the best approach is a "society of free work, of enterprise and of participation."

It’s no wonder that, on its release, Centesimus Annus was something of a new phenomenon. It was front-page news in the New York Times, and over the decade, the debates and discussions of the encyclical have filled many volumes. Its lessons and intellectual orientation are still being discussed and discovered, as are its intellectual antecedents (which include the Austrian School of economics).

Lacking in most of the discussion has been a reiteration of a basic tool for understanding the structure of social teaching itself. What is its status, and to what extent is it regarded as authoritative and binding? There are three general categories of argument in Centesimus: principles, historical observations, and applications. Only the principles are said to be binding on the conscience because these "involve the exercise of her teaching authority." As for analysis of history and the "new requirements for evangelization," they do "not fall per se within the Magisterium's specific domain."

Among the principles: dignity and rights of the human person, solidarity through human cooperation, subsidiarity and limits of state power, the advancement of the common good, the moral imperative of freedom and peace, the obligation to justice and charity, the universality of truth.

Among the observations: the failure of socialism, the success of the business economy, the advances in economic sciences, the problems inherent in democracy unhinged from morality.

Among the applications: the rule of law, the productivity of individual initiative, dangers of bureaucratization, the centrality of intermediating institutions.

Breaking the document down in this way (the lists could be much longer) helps to account for how the Catholic Church can at once claim that its statements are not contingent on time and place, and, on the other hand, only recently have given such a full embrace to certain free-market ideals. It’s true that past statements on economics have stumbled, and even Centesimus Annus errs in its recommendation of a minimum wage, for example. These are applications that fall outside the teaching authority of the Church and are thus subject to change.

To fully appreciate the role of this encyclical in the history of our time, consider two points: 1) the Pope played a direct role in undermining the legitimacy of the communist states and thus bringing about their collapse, and 2) so surprised were Western intellectuals by the collapse that precious little work had been done to prepare for a transition to a post-communist era. When this Pope spoke on the matter, it created shockwaves that are still being felt today.

It is sometimes observed that ministers and priests face a special temptation to despair—and the same could be said of great scholars and intellectuals—because they are forever preaching principles that people themselves will never live up to. Certainly, neither the U.S. nor the post-communist societies come close to embracing the full vision as presented here. But it is precisely the role of ideals to keep us on the right path and warn of the dangers along the way. It is here where Centesimus Annus succeeds the most.