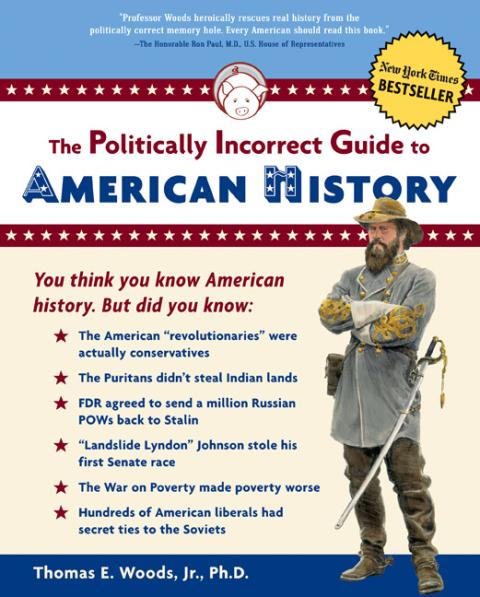 The winners write the history, and the winning states especially so. Thomas Woods, however, sets out to write a primer on American history from a different point of view, one that doesn't glorify centralization and intervention.

The result is the only primer on American history that is heavily informed by the economics of the Austrian School. It was also a New York Times bestseller and one of the most controversial books in American history to appear in decades.

From the Puritans through the drafting of the Constitution, the Civil War, the World Wars, the rise of the "Great Society" all the way up through the of the Clinton Administration, this brightly written book discusses the real ideals of the founding, the truth about the Civil War, the heroism of the robber barrons, the ravages of statism in World War I, high taxes, and the war against free markets.

He shows that the Constitution was never understood to be a permanent union, that big government caused the North-South conflict, that Alexander Hamilton's friends were racketeers, that the US didn't have to enter WW I, that Hoover was a big government conservative, that FDR made the Depression worse, that there really were Communists in government, that FDR made WW II inevitable, that the Marshall Plan was a flop, that the Civil Rights movement increased social conflict and made everyone worse off, that unions made workers poorer, that the 80s weren't really the decade of greed, that Clinton's wars were aggressive and avoidable, and that his personal issues were a major distraction from the real problems of the 1990s.