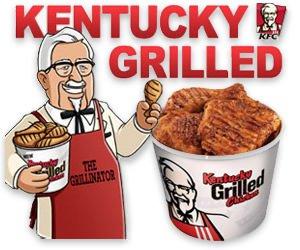 With much fanfare, the company formerly known as Kentucky Fried Chicken — now just "KFC" — has introduced a new line of grilled-chicken products. To the consternation of some local commentators, Fowler Foods (the company that owns the KFC restaurants in Memphis) has decided not to offer grilled chicken because the special grills they would need to install are too expensive.

As one can imagine, this has been controversial. Memphis has one of the highest obesity rates in the country, and in its discussion of the local KFC franchisee's decision not to offer grilled products because the special grills would be too expensive, the local newspaper editorialized on May 6 that "it seems reasonable to invest money now for customers who might still be around to buy the product several years later." Predictably, this has created some controversy. A few minutes with Google reveals comment threads suggesting boycotts, denunciations of the company, and defenses of their rights to sell what they want. So what are we to make of this?

In an important contribution, F.A. Hayek argued that competition is "a discovery procedure." Fortunately, the Memphis food market is extremely competitive. If the critics are right, then Fowler Foods has missed an opportunity to turn a tidy profit by selling grilled chicken. This means that there is an opportunity for the KFC's critics: they can earn these overlooked profits by offering their own grilled chicken. The critics' inaction suggests that Fowler Foods made the right decision.

What we know about entrepreneurship aside, Fowler's critics also fail the symmetry test. In Fair Play: What Your Child Can Teach You About Economics, Values, and the Meaning of Life, Steven Landsburg devotes a chapter to the symmetry principle, which holds that any concept of justice has to apply equally to all parties to a transaction. As Landsburg puts it, the symmetry principle is "the most fundamental requirement of fairness — that people should be treated equally, in the sense that their rights and responsibilities should not change because of irrelevant external circumstances" (p. 88). 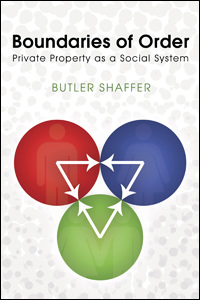 Fowler's critics violate the symmetry principle by rushing to question and criticize the company's decision to stick to fried chicken while not questioning the decision of so many others — myself, for example — who are not selling grilled chicken to anyone at any price. Fowler is (supposedly) failing to exercise their responsibility to provide healthy eating options for Memphians, but the company's critics and other Memphians aren't filling this void for healthy eating options either. I'm working on a few economics articles. I suspect that the editorial writers for the local newspaper are thinking about things to editorialize about. None of us are grilling chicken. Are we not at least as morally culpable as Fowler Foods, if not more so? If we are going to condemn Fowler Foods for its refusal to serve grilled chicken, should we not also condemn the company's critics — like the owners of the Memphis Commercial Appeal — for their apparent unwillingness to serve grilled chicken?[note]

I'll go ahead and head off the accusation that I'm being paid by Fowler Foods, KFC, or whoever to write an apologetic for their decision. My fast-food-chicken restaurants of choice are Chick-fil-A and when I'm in Alabama, Guthrie's. Zaxby's is also good. They serve fried chicken in the cafeteria at Rhodes every Friday, and it's absolutely fantastic. I think the last time I had KFC was about two years ago. I'm intrigued, though, and may try to find a KFC where I can get grilled chicken sometime this weekend.