The Place of Mises's Liberalism 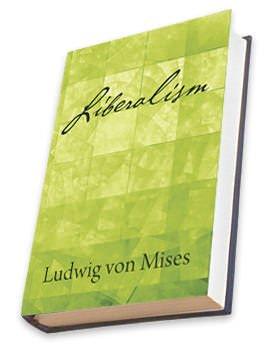 Tags Free MarketsEntrepreneurshipHistory of the Austrian School of Economics

The great intellectual and political movement known as liberalism has been one of the prime shapers of the modern world. As Ludwig von Mises wrote, it "changed the face of the earth," creating for the peoples who shared in it a life of freedom and abundance unexampled in previous history. Given this, the paucity of general works on the history and philosophical bases of liberalism and the mediocrity of most of the readily accessible ones is curious indeed. (This does not hold, however, for works of more limited scope. The Decline of American Liberalism (1955) by Arthur A. Ekirch, Jr., for example, combines fine scholarship with a seasoned understanding of the true meaning of liberalism.)

The best known book in the field is doubtless the History of European Liberalism, by Guido de Ruggiero, originally published in 1925. Still useful in some respects, it suffers from a conceptual haziness and a lack of cutting edge perhaps attributable to the neo-idealist philosophy popular in Italy at the time, of which the author was a follower. Moreover, although himself a liberal in a very broad sense, Ruggiero had little knowledge of economics or appreciation of the functioning of the free market. His vulnerability to anticapitalist arguments may be gathered, for instance, from his treatment of the Industrial Revolution in Britain. Here he repeats the common socialist interpretation of that great process as a catastrophe for the working class, in terms scarcely differing from those of Friedrich Engels.

The basic flaw in Ruggiero's work, as in most of the others we will consider, is that it accepts and even enshrines a change that was occurring at the time in the usage of the word "liberal" itself. Instead of implying, as it had previously, a rigorous belief in private property and the free market, "liberal" came, first, to be compatible with adherence to a wide range of interventionist and welfare-state measures and then even, in the United States and elsewhere, to designate precisely such adherence. As Joseph Schumpeter shrewdly observed in his monumental History of Economic Analysis, "As a supreme, if unintended, compliment, the enemies of the system of private enterprise have thought it wise to appropriate its label." If the underlying conception of Ruggiero's book manifests this distortion, an earlier work, L.T. Hobhouse's Liberalism (1911) played a significant role in bringing it about. This short book, despite its promising title, is of little value today except as a landmark in the accommodation of what John Gray has perceptively called turn-of-the-century revisionist liberalism to socialism and social democracy.

The amalgamation of genuine liberalism with the strand of interventionism that today is often called by that name is also the disabling error of two books by the American scholar J. Salwyn Schapiro, Condorcet and the Rise of Liberalism (1934) and Liberalism and The Challenge of Fascism (1949). It is characteristic of the confusion of these once well-known volumes that the authentic, classical version is demeaned by the label "bourgeois liberalism," thereby consecrating that bit of Marxist propaganda as accepted scholarly terminology. Even less sympathetic to the spirit of true liberalism are the writings on the subject of two British socialists, Harold Laski's The Rise of European Liberalism (1931) and Kingsley Martin's The Rise of French Liberal Thought (1926). As with Schapiro's works, some useful information is provided, especially by Martin, but their overall value is vitiated by a warped perspective. It must be considered a cause of deep regret that the history of liberal ideas was never undertaken by one of the great historians of the liberal age, for example, by Lord Acton, Lecky, or John Morley, the superb biographer of Cobden and Gladstone.

In a class by itself is a brilliantly edited anthology, Western Liberalism: A History in Documents from Locke to Croce, by E.K. Bramsted and K.J. Melhuish (1978). There have, of course, been numerous collections on the subject. What distinguishes this one is not only the comprehensiveness and richness of the selections, but the intelligence and perceptiveness of the commentary. Again, however, the enterprise suffers from the futile attempt to encompass Herbert Spencer and Frederic Bastiat in the same general movement as John Maynard Keynes and even Lord Beveridge, the ideologist of the cradle-to-the-grave British welfare state. A similar flaw undermines a recent general treatment, David Manning's Liberalism (1976), which adds a diffuseness and numerous confusions of its own.

Mises's Liberalism stands in bold contrast to the mass of other works in the field. In clean, clear lines it sets out what it meant to be a liberal when liberalism was the specter haunting Europe and, indeed, much of the rest of the world. Liberalism is shown, in Mises's exposition, to be a coherent theory of man and society and of the institutional arrangements that are required to promote social harmony and the general welfare. In particular, the social philosophy is placed squarely on the secure foundation of private property in the means of production. No attempt is made to accommodate the concept of liberalism to standpoints intrinsically incompatible with it, such as socialism or any variety of interventionism. On the contrary, starting from the principle of private property, Mises demonstrates how the other elements of the liberal worldview — personal freedom, peace, democratic government, tolerance, and equality before the law — are linked to it in an indissoluble whole.

Especially noteworthy is Mises's emphasis on peace as one facet of the classical-liberal philosophy, an aspect too often neglected in treatments of the topic. Mises is solidly in the tradition of the makers of the liberal ideology when he states that Heraclitus was wrong, "not war, but peace, is the father of all things." His condemnation of war, imperialism, and jingoistic hysteria reiterates and develops that of Condorcet and Benjamin Constant, Cobden and Bright, Spencer and William Graham Sumner, and virtually all the others.

In Mises's Liberalism we have a timeless statement of classical liberalism by the thinker who is acknowledged as its greatest 20th-century champion. Lucidly and unflinchingly he shows it to be the only system consonant with individual freedom and personal autonomy, as well as with modern industrialized society. It is the work we must consult and ponder if we wish to understand what liberalism means and where it stands in the struggle of ideologies that will continue to shape the future.

This article originally appeared in the Freeman, November 1985.
Author: