Phishing for Phools: The Economics of Manipulation and Deception | Mises Institute
Skip to main content

GET NEWS AND ARTICLES IN YOUR INBOXPrint
A
A
Home | Mises Library | Phishing for Phools: The Economics of Manipulation and Deception

Phishing for Phools: The Economics of Manipulation and Deception 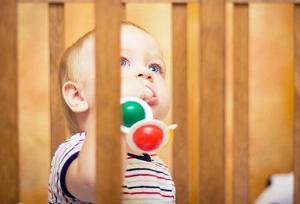 Although Phishing for Phools was published only a few months ago, it has already attracted much attention, owing to the eminence of its authors, both Nobel Laureates; but it has been misunderstood. Reviewers have taken it to be just another popularization of behavioral economics. The book does make use of behavioral economics, but its fundamental emphasis lies elsewhere. It is a radical attack both on the free market and a key part of standard economic theory.

The principal target of the book is a well-known and powerful argument in support of the free market. Akerlof and Shiller do not reject the argument entirely, but they drastically limit its scope. The argument in question is that the free market produces what consumers demand: “The central vision of economists is in terms of [Adam] Smith’s famous butchers, brewers, and bakers; they competitively respond to consumers’ demands, and decide how much to supply, based on what consumers are willing to pay. The system has an insistent equilibrium. If the economy is not in such an equilibrium, there is an opportunity for profit. If so, we would expect people to take advantage of it.”

The authors do not reject this argument altogether. “We do not argue with the economics textbooks about the merits of free markets: Our mind’s eye can take a journey across the boundary from China into North Korea, and then across the boundary into South Korea.”

We must not, though, “carry our praise of markets too far.” Conventional economics ignores a tendency to another equilibrium, one which is inimical to people’s welfare. This is the “phishing equilibrium.” Conventional economics “fails to see that competitive markets by their very nature spawn deception and trickery, as a result of the same profit motives that give us our prosperity. ... Just as much as the baker and the butcher and the brewer will be there if we have the resources to pay for what it takes them to supply the bread and the beer and the meat, so too the tricksters will be there to phish us for phools.” (By “phish,” the authors do not mean email schemes to get us to reveal our credit card information, the common meaning of the term. Rather, they have in mind efforts to trick consumers into buying what is not in their real interests. A “phool” is someone who, by their definition, is “successfully phished.”)

In brief, just as there is competition among sellers to satisfy consumers, so there is also competition to trick and shortchange them. Akerlof and Shiller say that their discovery of this “phishing equilibrium” is their main advance over standard behavioral economics. “The particularity of behavioral economics … have [sic] reinforced the notion that differences between what people really want and their monkey-on-the-shoulder tastes [tastes that aren’t really good for us] are not the norm. … But thinking about phishing generally … has cued us, on the contrary, to see that phishing for phools is not some occasional nuisance. It is all over the place.”

We shall soon examine the flimsy basis on which our authors question people’s choices. Even if they were right, though, that many people’s choices result from trickery, their claim to have proved a “phishing equilibrium” is a complete imposture.

Why is this so? In the standard competitive equilibrium, there is no counter tendency that threatens disruption. So long as you continue to produce what consumers demand, you will be successful. Not so if you trick or “phish” people. The claims you make for your product may at any time be exposed, and then you may face failure. If, e.g., you say that your new method of golf instruction will take twenty strokes off the average person’s game and it fails to do so, people may stop buying from you. Perhaps they won’t; but they may, and that is all I need for my argument. So long as a counter tendency exists, there is no proof of equilibrium.

Oddly enough, Akerlof and Shiller are aware that phishing schemes may be upended. They devote an entire chapter, “The Resistance and Its Heroes” to the topic. Agencies and magazines, like Consumer Reports, may rate products on how closely they meet standards. “As we see it, when we can measure the qualities of the goods, services, and assets we buy — then, for the most part, we get what we expect.” Further, even without such agencies, “businessmen of conscience with good products have both moral and economic reasons to sort out the phishermen. And they have developed some ways to do so. … The reliance of BBBs [Better Business Bureaus] on consumer complaints seems so obvious that it is taken for granted. But it provides a surprisingly subtle way for the members to take action against shoddy competitors. … Further protection against phishing comes from the norms of business communities.”

What then is the problem? Well, Akerlof and Shiller say, measures such as these are “much less effective against psychological phishing. If I have an urge to trash my budget or my diet, there are few protections against doing so.” But surely public spirited citizens can warn people against the dangers of bad diets, smoking, and the various other ills Akerlof and Shiller have in mind. The point, once more, is not how effective these measures prove to be. Even if Akerlof and Shiller were right that they do not work very well, so long as they are present no proof of a phishing equilibrium has been given.

But, you may object, are we not ignoring the crucial issue that Phishing for Phools raises? If Akerlof and Shiller have made exaggerated theoretical claims for their work, so what? Much more important, it may be contended, is their exposure of the businessmen who prey on our weaknesses by getting us to buy what we do not really want.

Of course, the question now arises, on what grounds do Akerlof and Shiller say that people buy what they do not really want? “We know because we see people making decisions that NO ONE COULD POSSIBLY WANT.” (Emphasis in original). How in turn, do we know this? Some of our supposed “choices” have bad consequences for us. Smoking leads to increased risks for lung cancer and other illnesses; surely smokers do not want this. People who eat large amounts of unhealthful food do not want to become obese. People who go into debt to purchase expensive luxury items do not want the worries that result from living beyond their means.

Akerlof and Shiller are very plausibly right that people do not welcome these bad consequences; but how does it follow from this that they do not really want what they choose? Our authors have adopted the implausible criterion that unless you like all the foreseeable consequences of what you choose, your choice does not reveal your true preferences. Yet on this flimsy basis, these distinguished economists are prepared to jettison a key part of standard economic theory. “A common precept of standard economics is that people only make the choices that maximize their welfare. This assumption even has a fancy name, ‘revealed preferences’: that people reveal what makes them better off by their choices. Such an assumption, of course, is exactly at odds with our concept of the difference between what people really want (what is good for them) and what they think they want (their monkey-on-the-shoulder tastes.)”

Once more, though, we must confront an objection. Even if they have arbitrarily defined matters so that if you choose something with bad consequences, your choice does not reflect your real preferences, could they not, with little damage to their case against the market, abandon this dubious view? They have only to say instead that, even if people follow their actual preferences when then choose, they often choose unwisely.

But to do this in fact would be fatal to their main argument. If people do not choose as their real preferences would dictate, then of course the issue of why they do so presents itself; and Akerlof and Shiller’s claim that businessmen phish people into doing so emerges as an explanation. If, though, we say instead that people are choosing according to their preferences but that, from an external standpoint, Akerlof and Shiller think their choices unwise, there is no problem of choice that requires an explanation. It may be that, in particular cases, businessmen trick their customers; but if people choose what they in fact prefer, we have no reason in the general case to think so.

When one looks at particular cases, it is surprising how little our authors require to charge that the phish is in. “But the most basic fact about tobacco and alcohol is that they are easily available with only moderate taxes. The easy availability of tobacco through the market, in and of itself, is the basic phish of the smokers; like-wise, the easy availability of alcohol is the basic phish of those who end up drinking too much.” You see how their “logic” goes; because people “really” do not prefer tobacco and alcohol, even though they purchase these items, sellers are tricking consumers by making these products available on the market. Phishing for Phools: an ugly title for a badly argued and pernicious book.

David Gordon, Review of "Phishing for Phools: The Economics of Manipulation and Deception by George A. Akerlof and Robert J. Shiller," The Austrian 2, no. 1 (January-February 2016): 12–14.