Panama Has No Central Bank 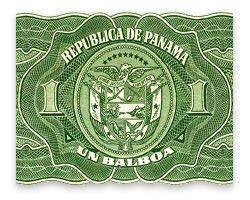 In this modern, post-–Bretton Woods world of "monetary order" and coordinated central-bank inflation, many who are otherwise sympathetic to the arguments against central banks believe that the elimination of central banking is an unattainable, utopian dream.

For a real-world example of how a system of market-chosen monetary policy would work in the absence of a central bank, one need not look to the past; the example exists in present-day Central America, in the Republic of Panama, a country that has lived without a central bank since its independence, with a very successful and stable macroeconomic environment.

The absence of a central bank in Panama has created a completely market-driven money supply. Panama's market has also chosen the US dollar as its de facto currency. The country must buy or obtain their dollars by producing or exporting real goods or services; it cannot create money out of thin air. In this way, at least, the system is similar to the old gold standard. Annual inflation in the past 20 years has averaged 1% and there have been years with price deflation, as well: 1986, 1989, and 2003.

Panamanian inflation is usually between 1 and 3 points lower than US inflation; it is caused mostly by the Federal Reserve's effect on world prices. This market-driven system has created an extremely stable macroeconomic environment. Panama is the only country in Latin America that has not experienced a financial collapse or a currency crisis since its independence.

As with most countries in the Americas, Panama's currency in the 19th century was based on gold and silver, with a variety of silver coins and gold-based currencies in circulation. The Silver Peso was the currency of choice; however, the US greenback had also been partially in circulation, because of the isthmian railroad — the first railroad to connect the Atlantic to the Pacific — that was built by a US company in 1855. Panama originally became independent from Spain in 1826, but integrated with Colombia; however, being a small state, it was not able to immediately secede from Colombia, as Venezuela and Ecuador had done. In 1886 the Colombian government introduced several decrees forcing the acceptance of government fiat paper notes. Panama's open economy, being based on transport and trade, plainly could not benefit from this; an 1886 editorial of its main newspaper read:

"there is no country on the globe, certainly no commercial center, in which the disastrous consequences of the introduction of an irredeemable currency would be felt as in Panama. Everything we consume here is imported. We have no products and can only send money in exchange for what is imported."

In 1903, the country became independent, supported by the United States because of its interest in building a Canal through Panama. The citizens of the new country, in distrust of the 1886 experiment of forced fiat Colombian paper notes, decided to include article 114 in the 1904 constitution, which reads,

"There will be no forced fiat paper currency in the Republic. Thus, any individual can reject any note that he may deem untrustworthy."

With this article, any currency in circulation would be de facto and market driven. In 1904 the Government of Panama signed a monetary agreement to allow the US dollar to become legal tender. At first, Panamanians did not accept the greenback; they viewed it with mistrust, preferring to utilize the silver peso. Gresham's Law, however, drove the silver coins out of circulation.[1]

In 1971 the government passed a banking law that allowed for a very liberal and open banking system, without any government agency of consolidated banking supervision, and confirmed that no taxes could be exacted from interest or transactions generated in the financial system. The number of banks jumped from 23 in 1970 to 125 in 1983, most of them being international banks. The banking law promoted international lending, and because Panama has a territorial tax system, profits from loans or transactions made offshore are tax free.

This, and the presence of numerous foreign banks, allows for international integration of the system. Unlike other Latin American countries, Panama has no capital controls. Therefore, when international capital floods the system, the banks lend the excess capital offshore, avoiding the common ills, imbalances, and high inflation that other countries face when receiving huge influxes of capital.

Fiscal policy has little room to maneuver since the treasury cannot monetize its deficit. Plus, fiscal policy does not influence the money supply; if the government tries to raise the money supply during a contraction period by obtaining debt in international markets and pumping it into the system, the banks compensate and take the excess money out of circulation by sending it offshore.

Banks cannot coordinate inflation due to ample competition and the fact that (unlike even the United States banking system prior to the Federal Reserve) they do not issue bank notes. The panics and general bank runs that were so common in the US banking system in the 19th century have not occurred in Panama, and bank failures do not spread to other banks. Several banks in trouble have been bought — before any runs ensue — by larger banks, attracted by the profits that can be made from obtaining assets at a discount.

There is no deposit insurance and no lender of last resort, so banks have to act in a responsible manner. Any bad loans will be paid by the stockholders; no one will bail these banks out if they get into trouble.

After several years of accumulation of malinvestments during the booms, banks begin the necessary liquidation of bad credit. Since there is no central bank that can step in to provide cheap credit, the recession begins without any hampering by monetary policy. Banks thus create the necessary contraction by obeying market forces. Panama's recessions commonly create deflation, which mollifies consumers and also facilitates the recovery process by reducing business costs.

Only the fact that the law does not allow for the downward flexibility of wages makes recessions longer than they would otherwise be.

Deflation happens without the terrible consequences that Keynesian economists predict; and the country, now under democratic rule, is experiencing its 4th year of market economic growth well above 7%. So the policy makers who have said that abolition of the central bank is unfeasible need only look to Panama's macroeconomic environment, which has been favorable for over 100 years, to realize that it is, in fact, not only possible, but very beneficial. Clearly no government-forced fiat currency, no central bank, and the absence of high inflation are working quite well in this small country. Who can argue that these policies would not work in larger economies?