GET NEWS AND ARTICLES IN YOUR INBOXPrint
A
A
Home | Mises Library | Is Our Money Based on Debt?

Is Our Money Based on Debt? 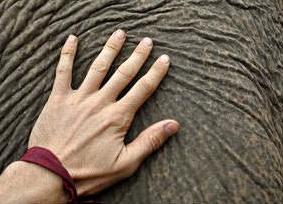 Different groups often notice different aspects of the same phenomenon — this is the point of the famous tale of the blind men encountering an elephant. When it comes to the Federal Reserve, Austrians usually focus on how its tinkering with interest rates leads to the boom–bust cycle.

However, plenty of non-Austrians hate the Federal Reserve System too. For some of these critics, one of the most perverse features of our present monetary system is its basis in debt. Specifically, if Americans ever began seriously paying down their debts, the supply of dollars would shrink. In the present article I'll explain this strange fact.

The Connection Between Debt and Money under Fractional-Reserve Banking

In a previous article, we walked through a scenario in which a teenager, Billy, finds $1,000 in currency. He goes to his local bank and deposits it in a new checking account. Then, the bank lends $900 of this money to Sally, who uses it for her business. The following tables show the bank's balance sheet at various stages in this process:

For our purposes in this article,1 the crucial point in the above story is this: when the commercial bank extended a $900 business loan to Sally, it created that money out of thin air. When Sally goes to Home Depot to buy supplies — writing checks drawn on her new business checking account — she pushes up prices even though no one else in the community has had his spending reduced by $900. Billy the teenager still thinks he has $1,000 in his checking account, which he is free to spend as he pleases. In a very real sense, the bank loaned Sally $900 that it created as a bookkeeping entry.

On the other hand, when Sally pays off her loan, that $900 is extinguished just as magically as it had first been created. When the bank's accountants remove the liability of Sally's checking account from the bank's balance sheet, it doesn't show up in someone else's checking account.

This is an important point, so let's try to see it in a different way: There are various definitions of "the money supply." A narrow measure, called "the monetary base," consists of physical currency and bank reserves held on deposit at the Federal Reserve itself. However, every other monetary aggregate — M1, M2, M3, and MZM — has a component consisting of demand (checking account) deposits.

In our hypothetical story above, the monetary base was unaffected. However, all the other monetary aggregates first rose by $900 when the bank made the business loan to Sally, and then contracted by $900 when she paid it off. This is the very real sense in which bank lending can expand or contract "the money supply" in a fractional reserve system.

Don't Take My Word for It

In his discussion of this subtle point, G. Edward Griffin, author of The Creature From Jekyll Island, relates two examples of prominent government officials endorsing our claims above.

The first example is a humorous exchange when a politician learns the truth:

Marriner Eccles was the Governor of the Federal Reserve System in 1941. On September 30 of that year, Eccles was asked to give testimony before the House Committee on Banking and Currency. The purpose of the hearing was to obtain information regarding the role of the Federal Reserve in creating conditions that led to the depression of the 1930s. Congressman Wright Patman, who was Chairman of that committee, asked how the Fed got the money to purchase two billion dollars worth of government bonds in 1933. This is the exchange that followed.

ECCLES: We created it.

PATMAN: Out of what?

ECCLES: Out of the right to issue credit money.

PATMAN: And there is nothing behind it, is there, except our government's credit?

Along the same lines, Griffin quotes Robert Hemphill, Credit Manager of the Federal Reserve Bank in Atlanta, who wrote in 1936,

If all the bank loans were paid, no one could have a bank deposit, and there would not be a dollar of coin or currency in circulation. This is a staggering thought. We are completely dependent on the commercial banks. Someone has to borrow every dollar we have in circulation, cash, or credit. If the banks create ample synthetic money we are prosperous; if not, we starve. We are absolutely without a permanent money system. When one gets a complete grasp of the picture, the tragic absurdity of our hopeless situation is almost incredible — but there it is.3

Now, we can quibble with the extreme position the Eccles and Hemphill staked out. Strictly speaking, the commercial banks take the "monetary base" (consisting of paper currency, coins, and electronic reserves held on deposit with the Fed) and then create additional money on top of that through issuing loans to their clients. To relate to our story above, when Sally pays off her loan, $900 in money disappears from the system, but no matter what anybody does, that $1,000 in physical currency won't disappear.

Wait — Our Fiat Money Really Is Based on Debt

But hold on a second. Eccles and Hemphill might mean something deeper. There is a legitimate sense in which even the Federal Reserve notes in your wallet or purse are "debt-based money." We have to ask, how did these notes come into existence?

The first thing to realize is that the Fed can control the size of the monetary base, but it can't directly control its composition. Specifically, if the public wants to hold more paper currency — rather than keeping their "money" sitting in checking accounts at the bank — then they can begin withdrawing green pieces of paper either from bank tellers or ATMs.

Seeing their physical currency depleting, the commercial banks then go to the Fed and draw down their reserves, which basically are the banks' own "checking accounts" with Ben Bernanke.

At this point we have reached the top of the food chain; there is nothing backing up the electronic bookkeeping entries in the Fed's computers. The commercial banks' reserves aren't claims on anything else; they are simply units of account, namely dollars issued by the Federal Reserve.

So, when a commercial bank has, say, $1 million on deposit (according to the Fed's computers), and the bank wants to withdraw $200,000 in currency, here's what the Fed does:

What all this means is that the composition of the monetary base can shift from being more or less concentrated in bank reserves versus physical currency, based on how much paper the public wants to hold in their wallets and purses. To repeat, the public can't change the total level of the monetary base, but if the public wants to hold more green pieces of paper, the Fed accommodates them by reducing bank reserves and increasing the stock of physical currency.

We're getting closer to our destination. Now we see that the supply of paper dollars in our economy is ultimately constrained by the size of the monetary base; the public can hold more or fewer paper dollars, but these changes are perfectly offset by movements in the commercial banks' total deposits with the Fed.

Now we're ready to ask, what determines the total size of the monetary base? Here is the answer: "open-market operations" by the Fed, as described in a standard (and stultifying) undergraduate lecture in Intro to Macroeconomics.

Specifically, the Fed adds to the monetary base when it writes checks "on thin air" in order to buy assets. Whenever Bernanke buys $1 million in new assets to throw on the Fed's balance sheet, he injects an additional $1 million in new reserves into the banking system. That check will get deposited at some bank, and then, once the transaction clears, that particular bank's checking balance with the Fed will be $1 million higher than it was before. No other bank's reserves will have gone down; the total supply of reserves has increased by $1 million. In principle, if the bank's customers wanted to hold more paper currency, the bank would now have an extra $1 million that it could itself "withdraw as currency" from the Fed.

We've reached the last step, to see the connection between our fiat money and debt. For what is the typical asset that the Fed buys, when it expands the monetary base? The answer is bonds issued by the US Treasury. This is a very complicated process that I explain here. But the gist of it is this: under normal circumstances, the Fed creates new dollars out of thin air and then lends them to the US Treasury.

Hemphill's horror at the "tragic absurdity" of our current financial system was understandable. The government and powerful bankers established a system in 1913 that typically works like this: Every dollar of the monetary base (or "narrow money" or "high-powered money") comes into existence with a one-to-one increase in the public debt, collectively owed by the taxpayers. Then, private banks use that base to create more dollars (in "broad money") that come into existence with a one-to-one increase in private debt.

Going the other way, if people in the private sector ever paid off all of their debts, and the federal government paid off all of its bondholders, then the supply of US dollars would be virtually extinguished.

This is the sense in which our fiat-money, fractional-reserve system uses "debt-based money." Although market prices are flexible and can react to deflation much better than most people realize, it is still true that our system is tragically absurd.