With or Without a God: Natural Law and Property Rights | Mises Institute
Skip to main content

GET NEWS AND ARTICLES IN YOUR INBOXPrint
A
A
Home | Mises Library | With or Without a God: Natural Law and Property Rights

With or Without a God: Natural Law and Property Rights 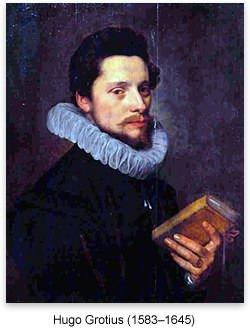 Not only were the physiocrats generally consistent advocates of laissez-faire, but they also supported the operation of a free market and the natural rights of person and property.

John Locke and the Levellers in England had transformed the rather vague and holistic notions of natural law into the clear-cut, firmly individualistic concepts of the natural rights of every individual human being. But the physiocrats were the first to apply natural-rights and property-rights concepts fully to the free-market economy. In a sense, they completed the work of Locke and brought full Lockeanism to economics.

Quesnay and the other physiocrats were also inspired by the typically 18th-century-Enlightenment version of natural law, where the individual's rights of person and property were deeply embedded in a set of natural laws that had been worked out by the creator and were clearly discoverable in the light of human reason. In a profound sense, then, 18th-century natural-rights theory was a refined variant of medieval and postmedieval Scholastic natural law. The rights were now clearly individualistic and not societal or pertaining to the state; and the set of natural laws was discoverable by human reason.

The 17th-century Dutch Protestant, and in essence Protestant Scholastic, Hugo Grotius, deeply influenced by the late Spanish Scholastics, developed a natural-law theory that he boldly declared was truly independent of the question of whether God had created them. The seeds of this thought were in St. Thomas Aquinas and in later Catholic Scholastics, but never had it been formulated as clearly and as starkly as by Grotius.

Or, to put it in terms that had fascinated political philosophers since Plato: did God love the good because it was in fact good, or is something good because God loves it? The former has always been the answer of those who believe in objective truth and objective ethics, that is, that something might be good or bad in accordance with the objective laws of nature and reality. The latter has been the answer of fideists who believe that no objective rights or ethics exist, and that only the purely arbitrary will of God, as expressed in revelation, can make things good or bad for mankind.

Grotius's was the definitive statement of the objectivist, rationalist position, since natural laws for him are discoverable by human reason, and the 18th-century Enlightenment was essentially the spinning out of the Grotian framework. To Grotius the Enlightenment added Newton and his vision of the world as a set of harmonious, precisely if not mechanically interacting natural laws.

And while Grotius and Newton were fervent Christians, as was almost everyone in their epoch, the 18th century, starting with their premises, easily fell into deism, in which God, the great "clock-maker," or creator of this universe of natural laws, then disappeared from the scene and allowed his creation to work itself out.

"Every man has a natural right to the free exercise of his faculties provided he does not employ them to the injury of himself or others. This right to liberty implies as a corollary the right to property."
Dr. François Quesnay

From the standpoint of political philosophy, however, it mattered little whether Quesnay and the others (Du Pont was of Huguenot background) were Catholics or deists: for given their world outlook, their attitude toward natural law and natural rights could be the same in either case.

Mercier de la Rivière pointed out in his L'Ordre naturel that the general plan of God's creation had provided natural laws for the government of all things, and that man could surely not be any exception to that rule. Man needed only to know through his reason the conditions that would lead to his greatest happiness and then follow that path. All ills of mankind follow from ignorance or disobedience of such laws.

Furthermore, since the faculties of human beings are by nature diverse and unequal, an inequality of condition arises naturally from an equal right to liberty of every man. In this way, property rights and free markets, concluded Mercier, are a social order that is natural, evident, simple, immutable, and conducive to the happiness of all.

Or, as Quesnay declared in his Le Droit naturel (Natural Law), "Every man has a natural right to the free exercise of his faculties provided he does not employ them to the injury of himself or others. This right to liberty implies as a corollary the right to property," and the only function of the government is to defend that right.1

Many rulers of Europe were either entranced or intrigued by this fashionable new doctrine of physiocracy, and endeavored to find out about it from its major theorists. The dauphin of France once complained to Quesnay of the difficulty of being a king, and the physician replied that it was really quite simple. "What then," asked the dauphin, "would you do if you were king?" "Nothing," was the straightforward, stark, and magnificently libertarian answer of Dr. Quesnay. "But then who would govern?" sputtered the dauphin. "The law," that is, the natural law, was Quesnay's accurate but no doubt unsatisfying reply.

A similar reply was certainly unsatisfactory to Catherine the Great, czarina of all the Russias, who sent for Mercier de la Rivière, jurist and at one time intendant (governor) of Martinique, to instruct her on how to govern. Pressed as to what the "law" should be grounded on, Mercier answered the empress, "On one [thing] alone, Madame, the nature of things and of man."

"But how, then, can a king know what laws to give to a people?" the czarina continued. To which Mercier replied sharply, "To give or make laws, Madame, is a task which God has left to no one. Ah! What is man, to think himself capable of dictating laws to beings whom he knows not?" The science of government, Mercier added, is to study and recognize the "laws which God has so evidently engraven in the very organization of man, when He gave him existence." Mercier added the pertinent warning: "To seek to go beyond this would be a great misfortune and a destructive undertaking."

The czarina was polite but was definitely not amused. "Monsieur," she replied curtly, "I am very pleased to have heard you. I wish you good day."