Opening the Internet — with an Axe 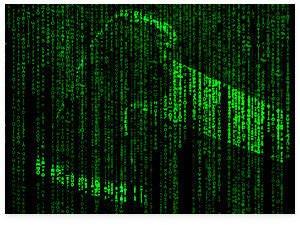 There has been debate about "net neutrality"[1] for a while now, but it has not yet gone beyond a declaration of principles[2] and a small fine to a rural telecommunications service provider.[3] However, this situation could change in the near future, for the worse.

On October 22, 2009, the FCC issued a Notice for Proposed Rulemaking (NPRM) "in the matter of preserving the Open Internet." With that goal, the FCC is proposing to impose certain obligations on all telecom operators.[4]

These obligations are imposed in order to avoid three threats to the openness of the Internet. These threats were described by Julius Genachowski, chairman of the FCC, in a speech delivered one month before the publication of the NPRM.

In the following paper, those threats will be described and contrasted before analysing if the obligations proposed by the FCC will be effective in counteracting the supposed threats and protecting the innovation and investment fostered by the Internet.

The Threats to the Openness of the Internet

For Mr. Genachowski, the open architecture of the Internet is the key to understanding its power as an engine for creativity, innovation, and economic growth. Thanks to this openness, no single entity can assume the role of the market and pick winners and losers. This is because

the Internet's open architecture pushes decision-making and intelligence to the edge of the network — to end users, to the cloud, to businesses of every size and in every sector of the economy, to creators and speakers across the country and around the globe.

Anyone may contribute and innovate without permission.

However, three perils loom ahead in this idyllic environment, threatening to put an end to the openness of the Internet.

With regard to the first threat, the logic seems to be as follows: if only one or a small number of operators control the access to Internet, it will be easier to block those services or contents that might harm their business. This behavior would be more difficult to implement if the number of competitors is greater, because the operator denying access to some services will likely lose customers to those operators that keep the access completely open.

Let's suppose there is just one operator. The customer is still sovereign, and can choose between connecting or not. Don't forget that operators make large investments to provide services, and it is against their interests to scare customers. If even the monopoly operator starts blocking services, it will lose revenues from those customers who want to access them.

As always, governments want citizens to believe that private enterprises have some kind of power over them. But the reality is just the contrary: it is the operator who is at the mercy of the customer. The customer decides whether or not to contract the operator's services.

The second threat is closely related to the first one. The logic in this case is straightforward: operators have strong incentives to prevent their broadband customers from using Internet services such as telephone or TV, because that would suppose a loss of revenues. Think of services like Skype or YouTube, which successfully compete with the homologous traditional services for a fraction of the price or even for free.

Of course, telecom operators may choose to prevent customers from accessing these services online. But such companies may lose customers as a result of this strategy. The strategy of blocking services to protect revenue will be implemented only if the operator sees it as profitable — that is, if the operator thinks he will not lose revenue because of it. But if he does not lose revenue, it will be because the customers prefer having restricted access to the Internet to not having it at all. Citizens may or may not be not so concerned about blocking as the FCC thinks they are: the only way to know is to let the entrepreneurs be free to explore.

The last threat refers to the increasing sophistication and ubiquity of technologies for traffic management. According to Mr. Genachowski, these technologies are just tools, and "cannot by themselves determine the right answers to difficult policy questions." However, he does not concretely define those policy questions, so it remains impossible to ascertain the nature of the threat.

The only thing that seems to be important to Mr. Genachowski is that those traffic-management techniques are known by the public, as if this was relevant for customers. The only thing customers are interested in is receiving a service that covers their expectations and gives them results more valuable than the money they paid. They don't usually care about how this goal is achieved; similarly, they are not usually interested in the manufacturing process of a car or of diapers. Why is it so important to know how an operator manages its network?

In summary, the threats depicted by the chairman of the FCC seem to be the typical justifications for the interventionist agenda (low level of competition, sinister behavior of the entrepreneur) and are of no concern for most customers, current or future.

The Measures to Be Taken Against the Threats

In light of these supposed threats to the openness of the Internet, the FCC proposes six obligations. The goal of their intervention is to preserve an open Internet, in order "to promote investment and innovation."

As Rothbard taught, it is not the task of the economist to judge the ends pursued by the intervention, but only to see if the proposed economic measures will achieve those ends. So let us determine if the proposed measures can achieve the end of promoting investment and innovation. The first four obligations will be dealt with together, due to their common concern with establishing legislated rights for users; then the principles of nondiscrimination and of transparency will be analyzed in turn.

Rights of the User

It may seem that the granting of rights to access a given service or content would stop the threat of blocking by operators, should they be tempted to block in order to stop an eventual reduction in revenues.

However, legislated rights per se do not solve problems; instead, they can contribute to the destruction of the industry. There are two basic scenarios:

In the first scenario, the "rights" are obtained by the market dynamic, and there is no need of intervention to guarantee them. In fact, what happens is that customers actually demand those "rights" and are ready to pay for them. This is precisely what has already happened with respect to the first three of the FCC's proposed obligations: the business of telecommunications operators already consists in carrying traffic, the more the better, and not in blocking it, because that's what people demand.

In the second scenario, the obligations would lead to the bankruptcy and disappearance of the operator, due to the loss of revenues it needs to survive. Without operators, customers will have neither "rights" nor even services.

In summary, the only realistic "user's rights" are those compatible with the viability of telecom companies — precisely those "rights" for which customers are willing to pay. No right legislated by a government can alter this situation without destroying the affected industry.

The Principle of Nondiscrimination

According to this principle, operators are not allowed to discriminate among specific contents or applications. In practice, this means that operators cannot provide services of different quality for different content providers.

If enforced, this obligation would make the provision of real-time services or of high-definition TV through the Internet impossible, because such applications require specific network conditions for the transmission of information.[5] To acquire these services at all, the end users would have to provide the specific requirements on a per-contract basis. The service providers themselves would not be able to fulfil the requirements, due to the nondiscrimination obligation.

Thus, content and service providers would be dependent on features over which they lack control. It is obvious that this situation would hinder innovation and investment. The effects of this measure are contrary to the ends pursued by the FCC.

The Principle of Transparency

Finally, the FCC proposes to obligate operators to be transparent about their network-management techniques and policies. This obligation will counteract the threat that those techniques supposedly pose to society. As the FCC has not made this threat concrete, it is difficult to understand how this obligation will contribute to the objectives of investment and innovation. It seems that regulators want transparency for the sake of transparency.

If transparency is demanded by users, there is no doubt that operators will offer it spontaneously, driven by competitive pressure and the risk of losing customers. Of course, it is more difficult to understand why consumers would wish to know such technical details.

But this legislated obligation would impose new expenses on operators, even if only for the effort of document compilation, publishing, and follow-up. These undemanded activities would divert resources from other, more urgent demands of the customers.

Besides, there is a risk of reducing innovation in network-management techniques. After all, innovations of this kind would have to be published, ready for competitors to learn them, and thus telecom companies would lose any chance of differentiation by these means.

Once again, this obligation goes against innovation and investment, and it unnecessarily increases cost for the users.

The FCC's policy goal of guaranteeing the openness of the Internet as an engine for innovation and growth might seem appealing.

However, the Internet has played the role of "economic engine" up to this moment without the need of any intervention. The threats depicted by Mr. Genachowski are just not credible. Telecom companies have no incentives to block contents or services, because their business model would suffer even in the face of a possible cannibalization of revenues. 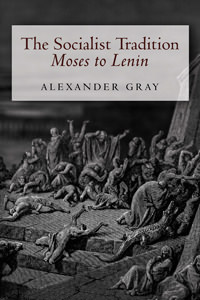 On the contrary, it is the proposed measures that are a serious threat to the Internet. The granting of these legislated rights will only have negative effects for their recipients: If the users demand those rights and they are ready to pay the costs, then there is no need of intervention. If the users do not demand them, then the enforcement of these legally defined rights will lead to the bankruptcy of the operator and thus a lack of service.

Moreover, the obligations of nondiscrimination and transparency will have negative effects on innovation, investment, and prosperity, instead of the positive effects that may be expected from the openness of the Internet.

This is what will happen if the government mandates the openness of the Internet by means of regulatory obligations. If we try to open the Internet with an axe, it is very likely that we will end up destroying it — and investment, innovation, and prosperity with it.

[1] Net neutrality proponents argue that the Internet must be neutral regarding the contents and services demanded by Internet users. In other words, telecom operators (the owners of the network) should be forbidden to act on the traffic, for example, to block, manage, or prioritize it.

[4] See Appendix A, NPRM In the Matter of Preserving the Open Internet.

All of these obligations have an exception for "reasonable network management."