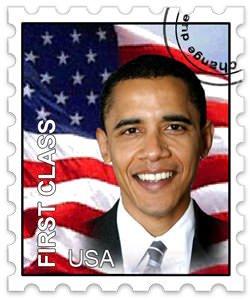 Writing in The State and Revolution in 1917, Vladimir Lenin summed up the economic aim of socialism as follows: "To organize the whole economy on the lines of the postal service…."

Incredible, isn't it? After centuries of treatises and miles of paper and tubs of ink, this is the great historical turning point: government employees carrying sacks of paper mail from house to house — and operating at an economic loss.

It's fascinating how it all comes down to the post office, again and again, in the history of public policy. And so it is in our time, with Obama's admission/gaffe/slip concerning the post office and its analogy to what he wants to do with healthcare.

Here is a transcript of his spontaneous talk at a high school. A student raised a question about the government's provision of health services and its impact on private services.

How can a private company compete against the government? My answer is that if the private insurance companies are providing a good bargain, and if the public option has to be self-sustaining, meaning that taxpayers aren't subsidizing it, but it has to run on charging premiums and providing good services, and a good network of doctors, just like private insurers do, then I think private insurers should be able to compete.

They do it all the time. If you think about it, UPS and Fed-Ex are doing just fine. It's the post office that's always having problems … there is nothing inevitable about this somehow destroying the private marketplace. As long as it is not set up where the government is being subsidized by the taxpayers so that even if they are providing a good deal, we keep having to pony up more and more money.

Now, these comments are nothing short of incredible. The post office has been on the loser list for many decades. Most recently, it has been included on the GAO's high-risk list, increasing its debt to $10.2 billion and incurring a cash shortfall of $1 billion.

Note that the post office is not being shut down for this mess. On the contrary, it is being subsidized not only with tax dollars but, most importantly, with laws. Title 18 (I.83.1696) says that "Whoever establishes any private express for the conveyance of letters or packets" can be fined and jailed. Moreover, another law (39.I.6.606) says that any letter delivered by unlawful means can be seized and stolen by the government. It is immune from antitrust action and criminal liability. You can read the whole Post Office Gosplan here.

If the post office were really a market institution, it would go belly up in about half an hour. So, no, there is no competition here. Only the government is permitted to deliver first-class letters. How do UPS and Fed-Ex get away with it? They slip through a hole in the law by delivering packages, not mail. And even then it wasn't easy for them to survive .

Just as in the 19th century when the federal government waged war on Lysander Spooner's American Letter Mail Company and on Wells Fargo (and Benjamin Tucker defended "private enterprise in the letter-carrying business"), the government has been hounding private services in our time, whether through wicked labor-union bullying or by restricting their services as much as possible.

The freedom of UPS and Fed-Ex to operate at all is hard won. But the government has succeeded in destroying the private marketplace in the one area that government monopolizes by law. It took the innovation of digital messaging to finally horn in on that area. And this has worked in a big way, with a massive collapse in the number of people choosing government mails over digital alternatives.

Therefore Obama is right in a strange way: private enterprise has triumphed and government service is terrible. Everyone knows this. It is utterly preposterous that a government mail service exists at all. There is no theory of economics that supports it. There is not now nor has there ever been any economic reason for a government postal service. It should immediately be abolished, and private enterprise should take over. Even on the basis of Obama's thin and strange statements, you might argue this conclusion.

But perhaps Obama meant to suggest that the reason the post office is so bad is because it has to compete with private enterprise. If he meant that, he lives in a socialist fantasy land, and we have a very dangerous man on our hands. In the real world, no living person could possibly believe that mail service would be improved by getting rid of the efficient producers and granting a totalitarian monopoly to a single, government-backed provider.

How can a private company compete against the government? Simply because government is so terrible at what it does that even a private company that is beaten down and attacked and competed against with all the tax dollars in the world will do better than the government. It is true in mail and it is true in healthcare. But what they will not be able to do is thrive to the point of universal service, especially when there are laws that prohibit direct service-by-service competition.

Another point that needs to be addressed is Obama's claim that the government service will operate just like the private service, with self-sustaining financing.

But here is the question that socialists have never been able to answer: if the goal is to get government to operate like a private service, what is the value added by having it provided by the government in the first place? The only reason for a government service is precisely to provide financial support for an operation that is otherwise unsustainable, or else there would be no point in the government's involvement at all.

And let us set aside the amazing and preposterous claim that if the government service doesn't work according to market principles, it will be shut down. Never in the entire history of government has that been true. No matter how bad, no matter how financially egregious, no matter how much the people suffer, the propensity is for government services to last forever and ever, precisely because they are protected from market-based tests of profit and loss.

The right path to healthcare reform is the market path (no subsidies, no monopolies such as drug patents, no licensure, no anything) that tends toward universal distribution at very low prices and relentless improvement in service. The wrong path is to make healthcare run the same way as the post office. Obama seems to favor the latter path, even though he admits that it is the least-well-performing one. This is surely the definition of fanaticism. If the mobs aren't angry, they should be.