GET NEWS AND ARTICLES IN YOUR INBOXPrint
A
A
Home | Mises Library | No, Tax Breaks are not Subsidies

No, Tax Breaks are not Subsidies 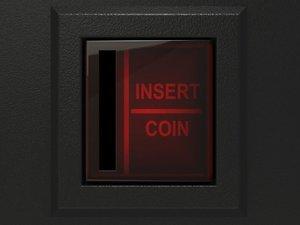 There’s a popular misconception that giving tax breaks to industries is the same as subsidizing them. Sadly, like many economic myths, this one just won’t die.

The video game industry offers a recent example. Critics have been arguing for years that US game developers are given unfair advantages and “subsidies” through a range of state and federal tax breaks that lower the cost of game design and artificially prop up production.

The most commonly-cited source for this criticism is a New York Times article chastising developers for claiming a number of these unique tax benefits. And while economic error is no stranger to the NYT, even some proponents of free markets have fallen into the trap. Given this confusion, it’s worth looking more closely at the underlying ideas.

Tax Breaks Are Not Subsidies

Decades ago, economists like Mises and Rothbard were already arguing that tax breaks are not economically or ethically equivalent to receiving subsidies. Simply put, being permitted to keep your income is not the same as taking it from competitors. Exemptions and loopholes do not forcibly redistribute wealth; taxes and subsidies do, thereby benefiting some producers at the expense of others.

Yes, entrepreneurs who take advantage of tax breaks will incur fewer costs than entrepreneurs who don’t. But this doesn’t show that exemptions or loopholes provide unfair advantages; in fact, just the opposite — it shows that taxes penalize entrepreneurs unlucky enough to be left holding the bill.

Tax breaks are beneficial to those who claim them, but they are not subsidies. Rather, exemptions and loopholes are life jackets in a sea of wealth redistribution. Mises said it perfectly: “capitalism breathes through those loopholes.” Sadly, his simple insight continues to elude most commentators.

For instance, the NYT claims that developer Electronic Arts receives “financial help from moms and other United States taxpayers to reduce its federal tax bill.” But EA receives nothing from other taxpayers by having its own tax bill reduced. Tax breaks aren’t impositions unless we think of “moms and other taxpayers” as being entitled to the income generated by the industry.

The Government Is Not the Source of Wealth

Similar arguments are made for government more generally:

During the last five years [c. 2006–2011], Electronic Arts has claimed tens of millions in tax savings from research and development credits for its various games, according to the company’s regulatory filings. (Company officials declined to specify how much of that total came from the federal government.)

This sounds as if EA used someone else’s money to fund its own selfish projects, but again, the company simply paid less in taxes than it might have. Unless government was the source of the wealth or had a prior claim to it (and of course it didn’t), there’s no reason to think of tax exemptions as private takings from public coffers.

Unfortunately though, many people do think of government as an impartial referee doling out assistance to the needy. For these critics, the debate isn’t over whether loopholes are technically subsidies, or even if subsidies are economically beneficial. Instead, the problem is that the game industry is sneakily claiming exemptions it doesn’t deserve.

The relevant tax breaks date to the 1950s and 80s, and were originally designed to boost US competitiveness, first against the Soviet Union, and later, Japan.1 The exemptions mainly emphasized new technologies, but eventually expanded to include software development and other types of research used in game development. But pundits argue that gaming doesn’t innovate enough to justify the benefits of these exemptions:

Michael D. Rashkin, author of “Practical Guide to Research and Development Tax Incentives,” said that the video game industry had failed to name a technological breakthrough that had helped anyone beyond its shareholders, employees or customers [!]

Who else could they be helping? Rashkin’s claim is especially baffling when we consider that estimates of the number of gamers around the world far exceeds the one billion mark. Is it not enough that gaming creates value for so many people?

Apparently, it’s not innovation as such that matters: it needs to be the kind of innovation the critics happen to like. For example:

“The research credit benefits the wrong companies and encourages the wrong kind of research,” said Mr. Rashkin, a tax expert and executive at Marvell Technology, a company based in Santa Clara, Calif. “By diverting funding and attention from where it could be most useful, the credit is hobbling American innovation.”

These condescending jabs at game designers are unfortunately common, and sound almost like the Physiocrats, who opined that any labor besides agriculture — especially for the production of consumer services — was unproductive. Yet a subjective approach to value theory reveals no economic basis for such comparisons between “right” and “wrong” innovation.

Of course, when criticizing intervention or supporting markets, we have to be careful not to defend the economic status quo. The game industry does benefit from some economic protection, especially through intellectual property law.2 But that failing doesn’t justify other impositions on developers; at the very least, closed loopholes or additional taxes will only continue a similar pattern of wealth redistribution, mostly to the benefit of the industry’s largest competitors.

Ultimately, we need to see intervention for what it is, and avoid conflating genuine problems with what are actually solutions (albeit only marginal ones). Only that way can we ensure the only “subsidies” producers receive are from willing consumers.