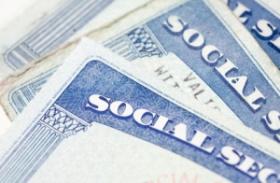 On the issue of Social Security reform, it’s time for both the left and right to get their acts together. They need to understand that the legal status of Social Security, and whether or not workers have legal rights to their accrued Social Security benefits, was settled by the U.S. Supreme Court years ago. It has long ceased to be a point-counterpoint thing.

Economists need to get the legal terminology, not just the numbers, right. And we all need to take what advocates on both sides of the privatization issue say about the current system with a healthy dose of skepticism.

In other words, Social Security as it is currently structured has nothing to do with legally enforceable promises or guarantees. There is no "trust fund" as that term is commonly understood, no funded segregated accounts, no IOUs or bonds stored in some lockbox, or anywhere else for that matter. Social Security is neither solvent nor bankrupt.

In Flemming v. Nestor, 363 U.S. 603 (1960), the U.S. Supreme Court set the record straight. Social Security is actually nothing more than an umbrella term for two schemes that are legally unrelated: a taxation scheme and a welfare scheme.

Workers and their families have no legal claim, grounded in the Fifth Amendment or elsewhere, on the FICA tax payments that they make into the U.S. Treasury, or that are made on their behalf. Those funds are gone, commingled with the general assets of the U.S. government and fully available for purposes unrelated to Social Security. Being mere welfare recipients--not creditors or holders of equitable property rights--workers have hopes or expectations of future benefits, but no enforceable rights to them.

Nestor stood on the shoulders of a previous case, Helvering v. Davis, 301 U.S. 619 (1937). In Davis, the Court had confirmed that Social Security is not an insurance program. During the Helvering oral arguments, the Chief Justice had anticipated Nestor when he speculated from the bench that Congress would have the authority to abolish the welfare component while keeping the taxation component in place.

Thus, it is inappropriate either for the left to call Social Security "solvent" or for the right to call it "bankrupt." A welfare program funded by general tax revenues cannot go bankrupt because its sponsor is a governmental entity with the power to tax and print money, not to mention reduce or eliminate altogether future benefits. The terms "solvency" and "bankruptcy" are appropriately applied to human beings, corporations, trusts, and the like. But not to Social Security. Social Security is not an entity.

Both the left and the right persist in speaking of a Social Security trust fund. The Boston Globe did it last week. The President's Commission did it in its interim report. There is no trust fund, because there is no segregation of assets. Again, that was settled by the U.S. Supreme Court years ago.

And then there are these "promises" or "guarantees" being made to seniors. Whatever they are, they are not legally enforceable. One would need a constitutional  amendment for that. One Congress cannot bind future Congresses when it comes to continuing a welfare program, which is what Social Security is. Again, this is settled law.

Finally, each camp trots out the Enron debacle in support of its position. "Imagine the fix we would all be in, were Enron held in privatized social security accounts," gloats the left.The right responds that Social Security as it is currently structured is already "En-roned." Like Enron, Social Security employs weird accounting practices to mask its liabilities.

Again, both camps have it wrong. No privatization proposal contemplates investing in only one issuer, let alone employer stock. Ultraregulated commingled funds would be the medium for investing in equities. On the other hand, Social Security as it is currently structured is not "En-roned," because it is not an entity.

What is going on here? Why all this doublespeak? In part it has to do with an innocent ignorance of the Davis and Nestor holdings. But some of it can be chalked up to rank calculation. It has long been the practice of politicians to deliberately sow seeds of semantic confusion about  Social Security.

In a congressional hearing in 1939, for example, Senator Vandenberg asked the Social Security Board chairman why there was a so-called Social Security trust fund. "Well, to allay the unwarranted fears of some people who thought Uncle Sam was embezzling the money," came the reply.

Today, not much has changed. Politicians are still engaging in Social Security doublespeak. As far as the left is concerned, the status quo is just fine: Privatization might reduce the flow of tax revenues into the coffers of the state and most certainly the dependency of seniors on the state. What better way to combat privatization initiatives than with private-sector language. That is why Edward Kennedy refers to Social Security as "social insurance" and Al Gore goes on about his "lockbox." This can leave a confused public with the false impression that Social Security is already quasi-privatized. One could be forgiven for concluding that there is nothing that needs fixing.

Finally, the right misapplies the term "bankruptcy" for tactical reasons. If the public can be persuaded that Social Security is in a financial bind of some sort, then it may be persuaded that privatization is a way out of that bind. Scare the public enough to get it to think favorably about privatization, but not enough to drive it into the arms of the left. The problem is that Social Security is not "bankrupt," as the left is sure to remind everyone.

It is suggested that the right can be both more effective and truer to its principles of less government and more private ownership simply by telling the public the truth about Social Security. It should come right out and say that it is settled law that a Social Security recipient is a welfare recipient, and that in this day and age, the dole may not be the best way to achieve retirement security. Then it should invite the public to consider the advantages of something else entirely.