The Nature of the State | Mises Institute
Skip to main content

The Nature of the State 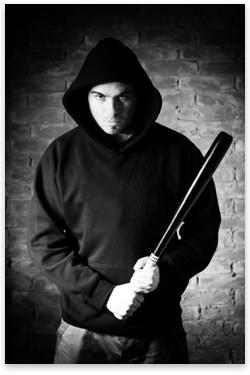 Everywhere it seems to have been taken for granted that force and violence are necessary to man's welfare upon the earth. Endless volumes have been written, and countless lives been sacrificed in an effort to prove that one form of government is better than another; but few seem seriously to have considered the proposition that all government rests on violence and force; is sustained by soldiers, policemen, and courts; and is contrary to the ideal peace and order that make for the happiness and progress of the human race.

Now and then it is even admitted that in the far-distant ages yet to come men may so far develop toward the angelic that political governments will have no need to be. This admission, like the common concept, presumes that governments are good; that their duties undertaken and performed consist in repressing the evil and the lawless, and protecting and caring for the helpless and the weak.

If the history of the state proved that governing bodies were ever formed for this purpose or filled this function, there might be some basis for the assumption that government is necessary to preserve order and to defend the weak. But the origin and evolution of the political state show quite another thing — they show that the state was born in aggression, and that in all the various stages through which it has passed its essential characteristics have been preserved.

The beginnings of the state can be traced back to the early history of the human race when the strongest savage seized the largest club and with this weapon enforced his rule upon the other members of the tribe. By means of strength and cunning he became the chief and exercised this power, not to protect the weak but to take the good things of the earth for himself and his.

One man by his unaided strength could not long keep the tribe in subjection to his will, so the chief chose lieutenants and aides, and these too were taken for their strength and prowess and were given a goodly portion of the fruits of power for the loyalty and help they lent their chief. No plans for the general good ever formed a portion of the scheme of government evolved by these barbarous chiefs. The great mass were slaves, and their lives and liberty held at the absolute disposal of the strong.

Ages of evolution have only modified the rigors of the first rude states. The divine right to rule, the absolute character of official power, is practically the same today in most of the nations of the world as with the early chiefs who executed their mandates with a club. The ancient knight who, with battle-axe and coat of mail, enforced his rule upon the weak was only the forerunner of the tax-gatherer and tax-devourer of today.

Even in democratic countries, where the people are supposed to choose their rulers, the nature of government is the same. Growing from the old ideas of absolute power, these democracies have assumed that some sort of government was indispensable to the mass, and no sooner had they thrown off one form of bondage than another yoke was placed upon their necks, only to prove in time that this new burden was no less galling than the old.

Neither do the people govern in democracies more than in any other lands. They do not even choose their rulers. These rulers choose themselves and by force and cunning and intrigue arrive at the same results that their primitive ancestor reached with the aid of a club.

And who are these rulers without whose aid the evil and corrupt would destroy and subvert the defenseless and the weak? From the earliest time these self-appointed rulers have been conspicuous for all those vices that they so persistently charge to the common people whose rapacity, cruelty, and lawlessness they so bravely curb. The history of the past and the present alike proves beyond a doubt that if there is or ever was any large class from whom society needed to be saved, it is those same rulers who have been placed in absolute charge of the lives and destinies of their fellow men.

From the early kings who, with blood-red hands, forbade their subjects to kill their fellow men, to the modern legislator who, with the bribe money in his pocket, still makes bribery a crime — these rulers have ever made laws not to govern themselves but to enforce obedience on their serfs. 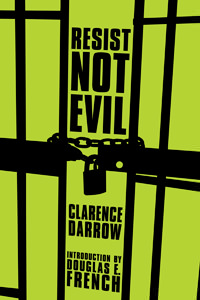 The purpose of this autocratic power has ever been the same. In the early tribe the chief took the land and the fruits of the earth and parceled them amongst his retainers who helped preserve his strength. Every government since then has used its power to divide the earth amongst the favored few and by force and violence to keep the toiling, patient, suffering millions from any portion of the common bounties of the world.

In many of the nations of the earth the real governing power has stood behind the throne, has suffered their creatures and their puppets to be the nominal rulers of nations and states, but in every case the real rulers are the strong, and the state is used by them to perpetuate their power and serve their avarice and greed.

This article is excerpted from Resist Not Evil, originally published in 1903 and now republished by the Mises Institute in 2011.

Clarence Darrow (1857–1938) was an attorney who, from experience, learned that the entire state apparatus of courts, trials, and prisons was the worst single feature of the state. For this reason, he became a radical, and he wrote Resist Not Evil as his manifesto.