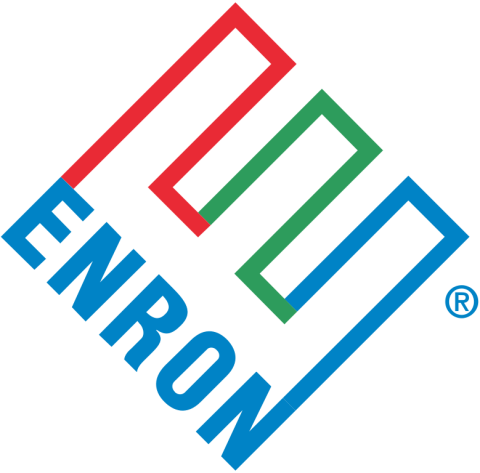 As the once-formidable Enron Empire continues to implode--and new revelations appear daily about the inner workings (and apparent financial shenanigans) of this firm--we are treated, not surprisingly, to the wrong story by the mainstream news media and their associates from the political classes.  It is bad enough to see a huge firm go bankrupt, but what makes this situation even worse is the moral and intellectual bankruptcy that follows in its wake as the apostles of statism feed the rest of us disinformation.

While the facts (as we know them today) of the Enron debacle are easily available in most newspapers and on the Internet, they are accompanied by a number of myths that are being spawned by politicians and their media allies.  (For example, in decrying the Enron mess, columnist George Will declared, "It will remind everyone--some conservatives, painfully--that a mature capitalist economy is a government project.")  I would like to tackle a few of these economic and political "old wives' tales" and help set the record straight.

This seems to be a recurring theme, most recently given by Sen. John McCain during an appearance on CBS's "Face the Nation."  The story goes as such: Enron was able to gain political favors by supplying campaign money to politicians from both major parties, thereby blinding these otherwise public-spirited people from performing their duties to the people.

Part of this story is true; Enron has given vast sums of cash to both Republicans and Democrats.  While Democrats are presently attempting to link Enron and its chairman, Kenneth Lay, to President George Bush and Vice President Richard Cheney, they conveniently seem to have forgotten that Enron in 1997 contributed $100,000 to the Democratic Party immediately after President Bill Clinton directly intervened to help Enron gain a $3-billion project in India.

The problem here is that the politicians have it backward.  The energy business, including oil and electricity, has been thoroughly politicized for about a century.  Producers of electricity, despite what mainstream economists like Paul Krugman tell us, have been and continue to be heavily regulated, both by state and federal agencies.  Electricity production has undergone some changes in its regulatory structure in recent years, but to call this process "deregulation" (especially in California, which launched a crazy quilt of reregulation that led to the recent energy crisis there) does violence to the language.

Producers of electric power are regulated in every sense of the word, from the fuel they use to the prices they can charge customers.  Furthermore, the process is subject to the whims of regulators and politicians, and that makes it very difficult to plan for the long term, as the stroke of a politician's pen (like that of California Governor Gray Davis) can wipe out a lifetime of profitable investments.

Oil is another thoroughly politicized commodity.  Government determines when and where individual firms can drill for oil, the extraction processes they can use, and, since much of the remaining oil-producing land in the United States is in the hands of the federal government, nearly every exploration and drilling project is controlled at some level by the political process.  The fact that Congress continues to bar oil firms from tapping vast oil fields located beneath barren lands in northern Alaska bears eloquent witness to the fact that the political classes are doing everything they can to deny consumers the benefits of fossil fuels.

Given this set of circumstances, any firm that has anything to do with oil, natural gas, or electricity is going to have to pay tribute to our political masters.  As Fred McChesney of the Northwestern University Law School so eloquently put it, the vast amount of political contributions is nothing more than protection money that companies must give to politicians in order to be permitted to stay in business.1

Do payments to politicians "buy" political favors?  Of course they do.  However, the process does not originate with capitalists, but rather has been imposed upon capitalists by the politicians.  The line of causality is vital, as the politicians once again are trying to blame the wrong people.

Myth #2: Without proper regulation from government, companies like Enron will abuse the financial system.

Again, the pundits have it backward.  The supposed scenario as presented by the media elite is one of the sharp-eyed regulator being stymied in his vital work by the politicians who have been bought off by the capitalists.  A favorite example is that of the "Keating Five," which was a group of five senators (including the "honorable" John McCain) who intervened with banking regulators on behalf of Charles Keating, a savings and loan CEO whose operations went belly up.

While the tale sounds good, it is just that: a tale.  To assume that government is not a political entity is to assume that dogs do not bark.  Regulators are part of a system put into place by politicians to benefit politicians and their friends.

Furthermore, this myth is based upon the fiction that regulators care more about the health of a business than do its owners.  Take the savings and loan crises of the late 1980s, for example.  The oft-repeated story in the media was that regulators and bank examiners could see the problems coming, but were held at bay by their political masters.

There is a kernel of truth to that story.  Some regulators did try to sound alarms and were squelched by politicians.  However, the story goes much deeper.  First, savings and loan industries, being regulated by government and being the beneficiaries of government-sponsored deposit insurance, form a natural political constituency, or, to put it more succinctly, an interest group.  What politicians do has great importance to those in this industry, since Washington, D.C., can enrich this industry or impoverish it.

In the latter 1980s, it seems that Washington was doing both to the S&Ls.  On the one hand, changes in the regulatory structure enabled these firms to better compete with banks by expanding the range of loans they could make.  On the other hand, Congress voted in tax law changes that damaged real estate values, thus devaluing the major set of assets held by S&Ls.

Furthermore, S&L executives, having learned their trade in a heavily regulated environment, suddenly found themselves facing a new set of rules and constraints.  It is not surprising that many of them made frightful errors in their loan portfolios.  When one combines that lack of free-market experience with the congressional order that S&Ls immediately sell their high-risk, high-return bonds (called "junk" bonds) assets, it was inevitable that there would be a collapse in that financial sector.

Myth #3: Enron represented the future of free-market energy, as Lay was a firm believer in free enterprise.

Natural monopoly theory, which was concocted by economists about a century ago, went like this: Industries where large economies of scale are prevalent will soon find one or two firms dominating production and exchange.  In order to keep these firms from being able to charge monopoly prices, government must step in and regulate them.

While Austrian economists from Mises on have never subscribed to "natural monopoly" theory, others in the profession have also "discovered" that electricity, oil, natural gas, and telephone services can be bought and sold as commodities in free markets.  As entrepreneurs moved into these areas, we found that the regulatory straitjackets around these industries ostensibly to "protect" consumers actually were keeping consumers from enjoying products and services in more abundance and at lower prices than were possible within the regulatory regimes.

Enron has been one of those "ground floor" firms that both pushed the envelope that exposed energy regulation for what it was and created new opportunities for the trading of electricity.  That was and will continue to be a positive development.  In other ways, however, Enron pushed a gospel of statism, especially in environmental matters.

Lay, a member of the Union of Concerned Scientists, a radical environmentalist and anti-free-market organization, supported the disastrous Kyoto Accords on "global warming."  Enron had banked on trading permits for carbon dioxide emissions, which would have been based upon the existing permit system for sulfur dioxide emissions from coal-burning electric power plants.  When the Bush administration refused to sign the Kyoto treaty, however, Enron was left out in the cold.

(It needs to be said that a system of trading permits, while carrying a façade of free-market operations, is nothing more than state control of production.  Such a system has no private property rights and is controlled by the arbitrary whims of bureaucrats.

One of the things that characterized the Enron enterprise was its freewheeling ways in financial markets.  There is nothing in economic theory that declares free markets are only possible when entrepreneurs wallow in irresponsibility.

However, the Enron mess demonstrates that the marriage of reckless entrepreneurs and irresponsible government is always a recipe for disaster.  During the late 1990s, the Fed engaged in unprecedented credit expansion.  Of course, the flip side of credit is debt, and there can be no doubt that the freewheeling Fed also set the table for Enron's shenanigans.

The final blow to the "Enron represents free markets" myth is the action that Lay took as it became obvious Enron could not cook its books any longer.  Lay phoned the U.S. Department of the Treasury to ask for help. (To its credit, the Bush administration did not attempt to bail out the rogue firm.)

There is no doubt that the Enron debacle is a disgrace, both to the executives who made these unconscionable decisions and to the federal and state governments that made that firm seem as though it was invulnerable to market realities.  It is "crony capitalism" at its worst.  Let us remember, however, that it was the politicians who corrupted capitalism, not the other way around.