My Speech at the Antiwar Rally 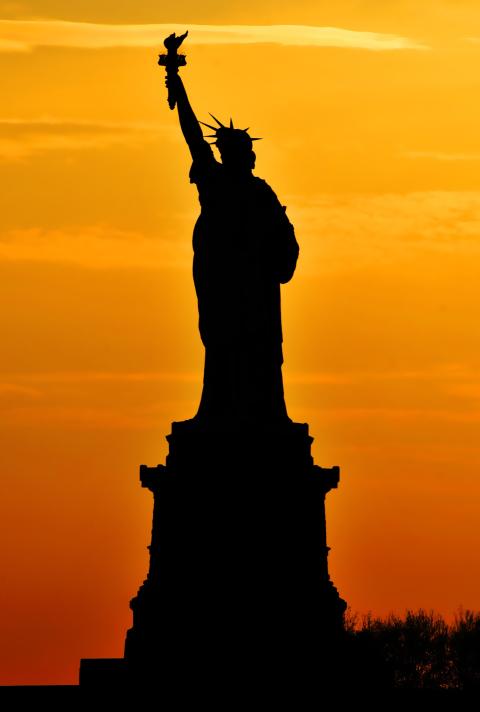 I was invited to speak at a peace march and rally in Birmingham, Alabama, sponsored by the Alabama Peace and Justice Coalition, and gladly accepted the offer to speak against the war in Iraq.

Yes, as you might guess, the program was dominated by leftists who rightly oppose the war but want big government to run the economy. I accepted for the same reason I would accept an engagement to speak against taxes even if sponsored by a right-wing group that also favored the war and militarism.

The opportunity to make a difference in favor of freedom should not be passed up, even if one's associates have a mixed-up ideology. After all, most ideologies these days are mixed up, and have been for the better part of a century.

Those who want free markets domestically typically want central planning and socialism when it comes to war and peace, while those who see the merit of diplomacy and minding one's own business in foreign policy can't reconcile themselves to capitalism as the only economic system that lets people alone to live happy, prosperous lives.

Now, one might think that the old liberal view, the view of Jefferson and his School, might be more widely held: namely that the government ought not lord it over anything. But somehow everyone seems to have a stake in big government, whether to rule the world or expropriate the rich. So what can we do but encourage the good parts of what people believe and discourage the bad parts?

In any case, I was glad to speak before this group, and they were gracious to ask. The challenge was to put together a three-minute speech that summed up the libertarian case against the Iraq War — not easy to do.

I was aware that I was a token non-leftist speaking to a largely leftist audience.

Among the slogans of the day was that we should spend less on the war and more on social needs. Libertarians can agree in some way: give everyone back their money and let each individual spend on his or her social needs!

There are two potential failings in such a venue: kowtowing to the audience or, the opposite error, ungraciously rubbing their noses in their inconsistencies. It strikes me that the only way to proceed here is simply to tell what's true as best as one is able, and to heck with rhetorical strategy.

The speech seemed well received. A minister from an AME church came up to me and said "you express my views exactly!" I had my doubts, but that's great if true. Similarly, there was a young kid wearing a shirt that said: "War is the symptom; capitalism is the disease." He was cheering very loudly, so who knows? Maybe I made him think.

What follows is my text. If you read it yourself, you will see that I went longer than three minutes. I might have just reduced it all to: "down with the warfare-welfare state, and up with peace and free trade."

By what ethical standard should we judge the state? One tradition, which we might call anti-liberal, asserts that there are special laws of morality that apply to the state alone. Another tradition, the liberal tradition, says that states must abide by the moral standards that apply to everyone in all times and all places.

The first view is the ancient one. It permitted and expected states to pillage and kill. The right and wrong of statecraft was dictated by the sword. The idea of universal moral laws and universal human rights did not find favor among the Caesars and Pharaohs, any more than this idea appealed to later dictators.

Yet the liberal tradition gradually abolished the idea of caste and special legal privilege. It asserted, more generally, that no group possesses a special license to lord it over others.

St. Augustine might have been the first to observe that the moral status of Alexander the Great's conquests was more egregious than the pirate's depredations. The pirate molests the sea, but the emperor molests the world.

The view that states can do wrong is the most powerful theory of politics in the history of the world. It led to the birth of the dream of universal freedom. Slavery, imperialism, colonialism, militarism, and authoritarianism all came to exist under a moral cloud.

At the same time, freedom and individualism unleashed human energies and, in the setting of free economies, created a prosperity beyond any ever known. This made possible the vast expansion of the world's population, and human flourishing as never seen before.

Given this history, and the central role that the American Revolution had in furthering the liberal idea, we must ask the question: what does the US government not understand about the evil of imperialism, the immorality of enslaving a foreign people, the malice of colonialism, and the intolerable brutality of authoritarianism?

In fact, the theory of the modern American regime is a throwback to the ancient view, that the US operates under special rules.

The US believes it can starve foreign countries such as Iraq by imposing killer sanctions that a high US official said were worth the lives of hundreds of thousands of children.

The US believes that it can use its weapons of mass destruction to threaten any country in the world on the very suspicion that it might be trying to defend itself. The US can then phony up intelligence, overthrow a leader, and install a regime of its choosing. Not to worry: its magical military Midas touch will transform that country into a paragon of democratic freedom — just as soon as all political opposition is silenced or destroyed.

And who pays the price for this moral hypocrisy? The victims of war.

Of all forms of collectivist central planning, war is the most egregious. It is generated by the coercive force of taxation and monetary depreciation. Its means are economic regimentation and the violation of the freedom to associate and trade. Its ends are destruction and killing — crime on a mass scale.

War leaves in its wake orphans, widows, parents without children, sickness, hatred, and spiritual and psychological trauma. It gives power to dictators on all sides. It is based on a lie that mass death can ever accord with justice. It attempts to silence those who tell the truth.

Indeed, war is a kind of totalitarianism. It is a policy without limit. It demands from us all that we have to give: our money, our children, our minds, even our souls. Too often people give it all. Too often, Americans give it all.

George Bush was brazen enough to make the doctrine explicit. If you are not for him, he says, you are for the terrorists.

The state fears you. Why? Because you hold the opinions that you do, and refuse to surrender your mind, your talents, your soul. By joining the resistance, you help thwart their plans. You help establish the basis for peace in the future. You help preserve and develop civilization, for the human family can only thrive in a setting of peace.

So I say to you: Keep making the sacrifice. Believe in peace. Proclaim peace. Stand up to the state. Be a dissident. Tell what is true. And do not fear the emperor-pirates. They, after all, fear you. For you help tilt the balance of history against their barbarism, and in favor of peace and freedom.