GET NEWS AND ARTICLES IN YOUR INBOXPrint
A
A
Home | Mises Library | Mrs. Thatcher's Poll Tax 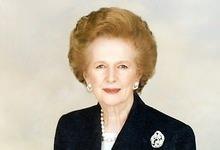 [This article is featured in chapter 62 of Making Economic Sense by Murray Rothbard and originally appeared in the June, 1990 edition of The Free Market]

Riots in the streets; protest against a hated government; cops arresting protesters. A familiar story these days. But suddenly we find that the protests are directed, not against a hated Communist tyranny in Eastern Europe, but against Mrs. Thatcher's regime in Britain, a supposed paragon of liberty and the free market. What's going on here? Are anti-government demonstrators heroic freedom-fighters in Eastern Europe, but only crazed anarchists and alienated punks in the West?

The anti-government riots in London at the end of March were, it must be noted, anti-tax riots, and surely a movement in opposition to taxation can't be all bad. But wasn't the protest movement at bottom an envy-ridden call for soaking the rich, and hostility to the new Thatcher tax a protest against its abstention from egalitarian leveling?

Not really. There is no question that the new Thatcher "community charge" was a bold and fascinating experiment. Local government councils, in many cases havens of the left-wing Labour Party, have been engaging in runaway spending in recent years. As in the case of American local governments, basic local revenue in great Britain has been derived from the property tax ("rates" in Britain) which are levied proportionately on the value of property.

Whereas in the United States, conservative economists tend to hail proportionate taxation (especially on incomes) as ideal and "neutral" to the market, the Thatcherites have apparently understood the fallacy of this position. On the market, people do not pay for goods and services in proportion to their incomes. David Rockefeller does not have to pay $1000 for a loaf of bread for which the rest of us pay $1.50. On the contrary, on the market there is a strong tendency for a good to be priced the same throughout the market; one good, one price. It would be far more neutral to the market, indeed, for everyone to pay, not the same tax in proportion to his income, but the same tax as everyone else, period. Everyone's tax should therefore be equal. Furthermore, since democracy is based on the concept of one man or woman, one vote, it would seem no more than fitting to have a principle of one man, one tax. Equal voting, equal taxation.

The concept of an equal tax per head is called the "poll tax," and Mrs. Thatcher decided to bring the local councils to heel by legislating the abolition of the local rates, and their replacement by an equal poll tax per adult, calling it by the euphemism, "community charge." At least on the local level, then, soaking the rich has been replaced by an equal tax.

But there are several deep flaws in the new tax. In the first place, it is still not neutral to the market, since--a crucial difference--market prices are paid voluntarily by the consumer purchasing the good or service, whereas the tax (or "charge") is levied coercively on each person, even if the value of the "service" of government to that person is far less than the charge, or is even negative.

Not only that: but a poll tax is a charge levied on a person's very existence, and the person must often be hunted down at great expense to be forced to pay the tax. Charging a man for his very existence seems to imply that the government owns all of its subjects, body and soul.

The second deep flaw is bound up with the problem of coercion. It is certainly heroic of Mrs. Thatcher to want to scrap the property tax in behalf of an equal tax. But she seems to have missed the major point of the equal tax, one that gives it its unique charm. For the truly great thing about an equal tax is that in order to make it payable, it has to be drastically reduced from the levels before the equality is imposed.

Assume, for example, that our present federal tax was suddenly shifted to become an equal tax for each person. This would mean that the average person, and particularly the low-income person, would suddenly find himself paying enormously more per year in taxes--about $5,000. So that the great charm of equal taxation is that it would necessarily force the government to lower drastically its levels of taxing and spending. Thus, if the U.S. government instituted, say, a universal and equal tax of $10 per year, confining it to the magnificent sum of $2 billion annually, we would all live quite well with the new tax, and no egalitarian would bother about protesting its failure to soak the rich.

But instead of drastically lowering the amount of local taxation, Mrs. Thatcher imposed no such limits, and left the total expenditure and tax levels, as before, to the local councils. These local councils, Conservative as well as Labour, proceeded to raise their tax levels substantially, so that the average British citizen is being forced to pay approximately one-third more in local taxes. No wonder there are riots in the streets! The only puzzle is that the riots aren't more severe.

In short, the great thing about equal taxation is using it as a club to force an enormous lowering of taxes. To increase tax levels after they become equal is absurd: an open invitation for tax evasion and revolution. In Scotland, where the equal tax had already gone into effect, there are no penalties for non-payment and an estimated one-third of citizens have refused to pay. In England, where payment is enforced, the situation is rougher. In either case, it is no wonder that popularity of the Thatcher regime has fallen to an all-time low. The Thatcher people are now talking about placing caps on local tax rates, but capping is scarcely enough: drastic reductions are a political and economic necessity, if the poll tax is to be retained.

Unfortunately, the local tax case is characteristic of the Thatcher regime. Thatcherism is all too similar to Reaganism: free-market rhetoric masking statist content. While Thatcher has engaged in some privatization, the percentage of government spending and taxation to GNP has increased over the course of her regime, and monetary inflation has now led to price inflation. Basic discontent, then, has risen, and the increase in local tax levels has come as the vital last straw. It seems to me that a minimum criterion for a regime receiving the accolade of "pro-free-market" would require it to cut total spending, cut overall tax rates, and revenues, and put a stop to its own inflationary creation of money. Even by this surely modest yardstick, no British or American administration in decades has come close to qualifying.