The Morality of Fiat Money 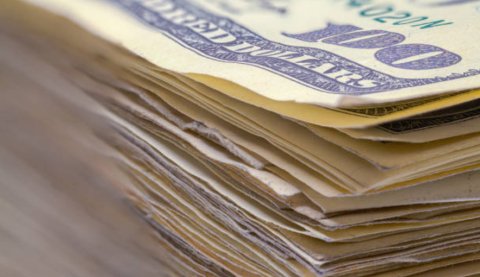 [Excerpted from chapter 13 of Guido Hülsmann's The Ethics of Money Production (2008).]

8. Some Spiritual Casualties of Fiat Inflation

Fiat inflation constantly reduces the purchasing power of money. To some extent, it is possible for people to protect their savings against this trend, but this requires thorough financial knowledge, the time to constantly supervise one’s investments, and a good dose of luck. People who lack one of these ingredients are likely to lose a substantial part of their assets. The savings of a lifetime often vanish into thin air during the last few years spent in retirement. The consequence is despair and the eradication of moral and social standards. But it would be wrong to infer that inflation produces this effect mainly among the elderly. As one writer observed:

These effects are “especially strong among the youth. They learn to live in the present and scorn those who try to teach them 'old-fashioned' morality and thrift” [emphasis added]. Inflation thereby encourages a mentality of immediate gratification that is plainly at variance with the discipline and eternal perspective required to exercise principles of biblical stewardship — such as long-term investment for the benefit of future generations.8

Even those citizens who are blessed with the knowledge, time, and luck to protect the substance of their savings cannot evade inflation’s harmful impact, because they have to adopt habits that are at odds with moral and spiritual health. Inflation forces them to spend much more time thinking about their money than they otherwise would. We have noticed already that the old way for ordinary citizens to make savings was the accumulation of cash. Under fiat inflation this strategy is suicidal. They must invest in assets the value of which grows during the inflation; the most practical way to do this is to buy stocks and bonds. But this entails many hours spent on comparing and selecting appropriate issues. And it compels them to be ever watchful and concerned about their money for the rest of their lives. They need to follow the financial news and monitor the price quotations on the financial markets.

Similarly, people will tend to prolong the phase of their life in which they strive to earn money. And they will place relatively greater emphasis on monetary returns than on any other criterion for choosing their profession. For example, some of those who would rather be inclined to gardening will nevertheless seek an industrial employment if the latter offers greater long-run monetary returns. And more people will accept employment far from home, if it allows them to earn a little additional money, than under a natural monetary system.

The spiritual dimension of these inflation-induced habits seems obvious. Money and financial questions come to play an exaggerated role in the life of man. Inflation makes society materialistic. More and more people strive for money income at the expense of other things important for personal happiness. Inflation-induced geographical mobility artificially weakens family bonds and patriotic loyalty. Many of those who tend to be greedy, envious, and niggardly anyway fall prey to sin. Even those who are not so inclined by their natures will be exposed to temptations they would not otherwise have felt. And because the vagaries of the financial markets also provide a ready excuse for an excessively parsimonious use of one’s money, donations for charitable institutions decline.

Then there is the fact that perennial inflation tends to deteriorate product quality. Every seller knows that it is difficult to sell the same physical product at higher prices than in previous years. But increasing money prices are unavoidable when the money supply is subject to relentless growth. So what do sellers do? In many cases the rescue comes through technological innovation, which allows a cheaper production of the product, thus neutralizing or even overcompensating the countervailing influence of inflation. This is for example the case with personal computers and other products made with large inputs of information technology. But in other industries, technological progress plays a much smaller role. Here the sellers confront the above-mentioned problem. They then fabricate an inferior product and sell it under the same name, along with the euphemisms that have become customary in commercial marketing. For example, they might offer their customers “light” coffee and “non-spicy” vegetables — which translates into thin coffee and vegetables that have lost any trace of flavor. Similar product deterioration can be observed in the construction business. Countries plagued by perennial inflation seem to have a greater share of houses and streets that are in constant need of repair than other countries.

In such an environment, people develop a more than sloppy attitude toward their language. If everything is whatever it is called, then it is difficult to explain the difference between truth and lie. Inflation tempts people to lie about their products, and perennial inflation encourages the habit of routine lying. We have already pointed out that routine lying plays a great role in fractional-reserve banking, the basic institution of the fiat money system. Fiat inflation seems to spread this habit like a cancer over the rest of the economy.9

In most countries, the growth of the welfare state has been financed through the accumulation of public debt on a scale that would have been unthinkable without fiat inflation. A cursory glance at the historical record shows that the exponential growth of the welfare state, which in Europe started in the early 1970s, went hand in hand with the explosion of public debt. It is widely known that this development has been a major factor in the decline of the family. But it is commonly overlooked that the ultimate cause of this decline is fiat inflation. Perennial inflation slowly but assuredly destroys the family, thus suffocating the earthly flame of morals. Indeed, the family is the most important “producer” of a certain type of morals.

Family life is possible only if all members endorse norms such as the legitimacy of authority, and the prohibition of incest. And Christian families are based on additional precepts such as the heterosexual union between man and woman, love of the spouses for one another and for their offspring, the respect of children for their parents, as well as belief in the reality of the Triune God and of the truth of the Christian faith, etc. Parents constantly repeat, emphasize, and live these norms and precepts. Thus all family members come to accept them as the normal state of affairs. In the wider social sphere, then, these persons act as advocates of the same norms in business associations, clubs, and politics.

Friends and foes of the traditional family agree on these facts. It is among other things because they recognize the family’s effectiveness in establishing social norms that Christians seek to protect it. And it is precisely for the same reason that advocates of moral license seek to undermine it. The welfare state has been their preferred tool in the past thirty years. Today, the welfare state provides a great number of services that in former times have been provided by families (and which would, we may assume, still be provided to a large extent by families if the welfare state ceased to exist). Education of the young, care for the elderly and the sick, assistance in times of emergencies — all of these services are today effectively “outsourced” to the state. The families have been degraded into small production units that share utility bills, cars, refrigerators, and of course the tax bill. The tax-financed welfare state then provides them with education and care.10

From an economic point of view, this arrangement is a pure waste of money. The fact is that the welfare state is inefficient; it provides comparatively lousy services at comparatively high costs. We need not dwell on the inability of government welfare agencies to provide the emotional and spiritual assistance that only springs from charity. Compassion cannot be bought. But the welfare state is also inefficient in purely economic terms. It operates through large bureaucracies and is therefore liable to lack incentives and economic criteria that would prevent wasting money. In the words of Pope John Paul II:

By intervening directly and depriving society of its responsibility, the Social Assistance State leads to a loss of human energies and an inordinate increase of public agencies, which are dominated more by bureaucratic ways of thinking than by concern for serving their clients, and which are accompanied by an enormous increase in spending. In fact, it would appear that needs are best understood and satisfied by people who are closest to them and who act as neighbors to those in need. It should be added that certain kinds of demands often call for a response which is not simply material but which is capable of perceiving the deeper human need.11

Everyone knows this from first-hand experience, and a great number of scientific studies drive home the same point. It is precisely because the welfare state is an inefficient economic arrangement that it must rely on taxes. If it had to compete with families on equal terms, it could not stay in business for any length of time. It has driven the family and private charities out of the “welfare market” because people are forced to pay for it anyway. They are forced to pay taxes, and they cannot prevent the government from floating ever-new loans, which absorb the capital that otherwise would be used for the production of different goods and services.

The excessive welfare state of our day is an all-out direct attack on the producers of morals. But it weakens these morals also in indirect ways, most notably by subsidizing bad moral examples. The fact is that libertine “lifestyles” carry great economic risks. The welfare state socializes the costs of morally reckless behavior and therefore gives it far greater prominence than it would have in a free society. Rather than carrying an economic penalty, licentiousness might then actually go hand in hand with economic advantages, because it frees the protagonists from the costs of family life (for example, the costs associated with raising children). With the backing of the welfare state, these protagonists may mock conservative morals as some sort of superstition that has no real-life impact. The welfare state systematically exposes people to the temptation of believing that there are no time-tested moral precepts at all.

Let us emphasize that the point of the preceding observations was not to attack welfare services, which are in fact an essential component of society. Neither is it here our intention to attack the notion that welfare services should be provided through government. The point is, rather, that fiat inflation destroys the democratic control over the provision of these services; that this invariably leads to excessive growth of the aggregate welfare system and to excessive forms of welfare; and that this in turn is not without consequences for the moral and spiritual character of the population.

The considerations presented in this chapter are by no means an exhaustive account of the cultural and spiritual legacy of fiat inflation. But they should suffice to substantiate the main point: that fiat inflation is a juggernaut of social, economic, cultural, and spiritual destruction.12 Let us now turn to complement our analysis with a look at the historical evolution of monetary systems.

Jörg Guido Hülsmann is senior fellow of the Mises Institute where he holds the 2018...

Recorded at the Mises Institute in Auburn, Alabama, on 20 July 2015.