GET NEWS AND ARTICLES IN YOUR INBOXPrint
A
A
Home | Mises Library | Money vs. Wealth 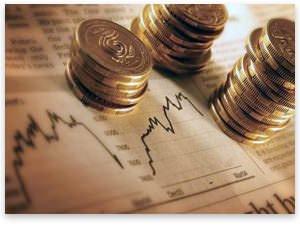 When discussing financial matters, people often conflate money with wealth. Although such loose language may be perfectly fine in everyday conversation, it's important to occasionally go over the basics and make sure we are thinking about these issues in the proper way.

In this article, I use a recent National Public Radio interview in order to reiterate the basic distinction between money and wealth.

On the May 25 episode of NPR's show "Marketplace," host Kai Ryssdal wanted to get to the bottom of the incredible market volatility, so he called in a big gun:

KAI RYSSDAL: If ever there was a day not to peek at the Dow Industrials at the opening bell, why this was it. Wall Street followed the global lead this morning. Traders opened the day down 3 percent across the board and spent the next 7½ hours trying to get back to even. They did get there, or close enough. But in the past couple of weeks the three major indices have lost 10 percent or more. More than 1,000 points on the Dow Industrials. That is a lot of money not in stocks. Chris Low is the chief economist at FTN Financial. Chris, it's good to talk to you again.

CHRIS LOW: Good to be here.

RYSSDAL: Where is all that money that's going out of stocks going? It's got to be going some place?

LOW: You know, it is. And one of the few places we're seeing money flowing in is bank accounts.

RYSSDAL: So people are taking their money out of stocks and sticking it into a bank account that gets, I don't know, like 1 or 2 percent interest?

To be sure, there is a grain of truth in Ryssdal and Low's analysis: many people presumably are alarmed at the prospect of holding so much of their wealth in the form of stock ownership, and so are selling shares in order to deposit more money into relatively safer assets — including very safe bank deposits.

However, the basic premise of the above interview — that a declining stock market means that money is coming out, and that therefore that money must be going somewhere else — is sloppy. It implies that there is a fixed amount of financial asset wealth in the economy, and owners merely distribute this total among different classes.

To illustrate what's wrong with this thinking, we can construct a simple example.

Suppose there is an economy consisting of three people: Alice, Bill, and Charlie. Further suppose that there are only two forms of financial assets in this economy: keeping money in checking account balances at the bank, and holding shares of stock in the Acme Corporation. Initially our three people hold the following assets:

Notice that in this initial configuration, everyone possesses $10,000 in financial wealth. Alice has $10,000 in her checking account, whereas Bill and Charlie have their wealth evenly divided between checking and shares of Acme. Further note that the total amount of financial wealth — at this moment — is $30,000, while the total amount of money is $20,000.

Now suppose that Bill realizes the current administration is staffed by Marxists and he thinks Acme's profitability will soon take a nosedive. Consequently he calls his broker and says, "I want to take my money out of stocks and put it into checking."

The broker dutifully places an order to liquidate Bill's entire portfolio at any price. This huge sell order — which, after all, is dumping half of Acme's outstanding shares — pushes down the price. When it hits $3 per share, Alice tells her broker to jump on the opportunity. After the trade is consummated, this is the configuration of the economy:

We can make several observations about the transformation of this hypothetical community. First and most obvious, the total amount of money is the same: Although Bill increased his checking-account balance by $1,500, Alice decreased her balance by the same amount. Whenever someone sells stocks to raise cash, there must be someone on the other side of that transaction who is losing cash in order to acquire more stocks.

Specifically, when Acme shares were priced at $10 each, Bill and Charlie each held "$5,000 worth" of stock. But when Bill dumped his entire holdings, this pushed the price down 70 percent, thereby pummeling the market value of Bill and Charlie's portfolios.

The total "market cap" in this economy dropped from $10,000 down to $3,000. (Remember there are 1,000 shares of Acme Corporation in the economy.) This $7,000 didn't "go" anywhere; it certainly didn't go into checking accounts. We can see this most clearly when considering Charlie's position: Charlie didn't do anything at all with his assets, yet his personal wealth dropped from $10,000 to $6,500. It's not that Alice or anybody else "took Charlie's money," it's simply that the market price of Acme fell by $7 per share.

As our simple example showed, money and wealth are distinct. In general, when investors reduce their demand for risky assets and flee to safe assets (such as cash), this will depress the market value of the risky assets. However, widespread selling of stocks by itself can't increase the total quantity of money.

In the real world, things are complicated by the fact that our banking system uses fractional reserves. In this case, people really can influence the total quantity of money, based on their allocation of wealth. Specifically, if people withdraw their funds from banks in order to hold physical currency, then the banks must contract their outstanding loans because of legal-reserve requirements. If we are using a monetary aggregate such as M1, which counts checking account balances as part of the money stock, then an increased demand to hold physical currency can shrink "the money supply."

Similarly, there are also complications if we take "money" to be one of the broader aggregates, such as M2 or M3, which include deposits in money-market accounts. In this case, if people transfer their wealth from a money-market account into a straight checking account or physical currency, this too can affect "the money supply."

Notwithstanding these complications, the simple economy in this article is a good starting point to clarify our thinking. Money and wealth are distinct, and we should not assume that a fall in the stock indices necessarily means that "that money" has now been transferred someplace else.