Mises on Protectionism and Immigration 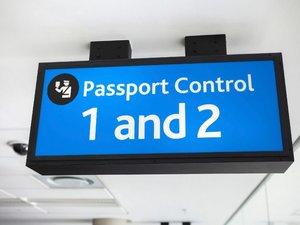 The economic causes and consequences of immigration are among the most important issues facing the world today. Both pro- and anti-immigration advocates are digging in their heels, and both sides look increasingly unlikely to relent. Despite the bleak outlook, however, there is still hope for a peaceful and charitable discussion of the economics of immigration.

With that in mind, I want to consider Mises’s thoughts on the topic. For Mises, emigration and immigration are motivated by a simple economic fact: the conditions of production are not the same in all places. Natural and human conditions change constantly, and as a result, the productivity of land, labor, and capital do so as well. Therefore in order to take advantage of changing conditions and produce in the most productive ways possible, people must constantly migrate to those places where their contributions are most valuable (1919, pp. 84–85).

The desire to move from low-productivity to high-productivity regions is for Mises the fundamental explanation for the migration of peoples, and limits overpopulation (1919, p. 85). We can say a country is relatively overpopulated when the same amount of capital and labor is less productive there than in another nation. Reducing overpopulation means reducing this “disproportion” by allowing for the mobility of persons and goods (1919, p. 86). In Mises’s view, mobility was an achievement of liberalism:

The principles of freedom, which have gradually been gaining ground everywhere since the eighteenth century, gave people freedom of movement. … Now, however — as a result of a historical process of the past — the earth is divided up among nations. Each nation possesses definite territories that are inhabited exclusively or predominantly by its own members. Only a part of these territories has just that population which … it would also have under complete freedom of movement, so that neither an inflow or an outflow of people would take place. The remaining territories are settled in such a way that under complete freedom of movement they would have either to give up or to gain population. Migrations thus bring members of some nations into the territories of other nations. That gives rise to particularly characteristic conflicts between peoples. (1919, pp. 86–87)

Mises has two types of conflict in mind: economic and social. Economic conflict occurs because domestic workers resent that fact that immigration bids down their wages:

[I]n territories of immigration, immigration depresses the wage rate. That is a necessary side effect of migration of workers and not, say, as Social Democratic doctrine wants to have believed, an accidental consequence of the fact that the emigrants stem from territories of low culture and low wages. (1919, p. 87)

Social conflict can also arise. Mises emphasized, however, that in most cases immigrants are obliged to give up their national identity and adapt themselves to the culture of their new home. Only in relatively extreme cases, such as European imperialism, was it historically possible for immigrants to replace original inhabitants and their cultures (1919, p. 89). In fact, according to Mises, strong cultures need not resort to government in order to protect themselves:

A nation that believes in itself and its future, a nation that means to stress the sure feeling that its members are bound to one another not merely by accident of birth but also by the common possession of a culture that is valuable above all to each of them, would necessarily be able to remain unperturbed when it saw individual persons shift to other nations. A people conscious of its own worth would refrain from forcibly detaining those who wanted to move away and from forcibly incorporating into the national community those who were not joining it of their own free will. To let the attractive force of its own culture prove itself in free competition with other peoples — that alone is worthy of a proud nation, that alone would be true national and cultural policy. The means of power and of political rule were in no way necessary for that. (1919, pp. 103–04)

However, for Mises, cultural considerations are mainly an aside. In general, he saw conflicts over immigration as being driven mostly by protectionism rather than insurmountable differences in human beings or cultures (1935). In particular, domestic unions support government policies to restrict immigration and thus keep low-wage competition out of the labor market:

Public opinion has been led astray by the smoke-screen laid down by Marxist ideology which would have people believe that the union-organized “proletariat of all lands” have the same interests and that only entrepreneurs and capitalists are nationalistic. The hard fact of the matter — namely that the unions in all those countries which have more favorable conditions of production, relatively fewer workers and thus higher wages, seek to prevent an influx of workers from less favored lands—has been passed over in silence. (1935)

As Per Bylund notes, this is precisely what is happening in Sweden, where unions prevent the integration of immigrants so as to keep wages high. Protectionism at home also breeds protectionism abroad, as foreign nations try to cope with lower productivity through their own regulations designed to counter “unfair” competition on the world market. As economic conditions worsen in those countries where migration is prevented by the state, conflict becomes inevitable:

[People in these countries] will certainly still have just as much cause to complain as before — not over the unequal distribution of raw materials, but over the erection of migration barriers around the lands with more favorable conditions of production. And it may be that one day they will reach the conclusion that only weapons can change this unsatisfactory situation. Thus, we may face a great coalition of the lands of would-be emigrants standing in opposition to the lands that erect barricades to shut out would-be immigrants. … Without the reestablishment of freedom of migration throughout the world, there can be no lasting peace. (1935)

In this way, protectionist policies inevitably lead to conflict and the destruction of human life and welfare. In fact, Mises even hints that government policies aiming to control the movement and employment of individuals suffer from the same problems socialist central planning does (1919, p. 85). At the same time, entrepreneurship and the division of labor are the foundations of a rational social order, and neither is possible without free labor markets.

The main threat facing society then is illiberal ideology, and the only solution to this “principle of violence” is to develop a consistent liberal philosophy to serve as the basis for a peaceful society (1951, p. 49).

Mises believed that any society that rejected the values of liberalism was doomed. In an age of nationalism, protectionism, and war, it’s easy to see what he meant.

Matt McCaffrey, former Mises Research Fellow, is assistant professor of enterprise at the University of...