GET NEWS AND ARTICLES IN YOUR INBOXPrint
A
A
Home | Mises Library | Mises Destroys Socialism, Again and Again 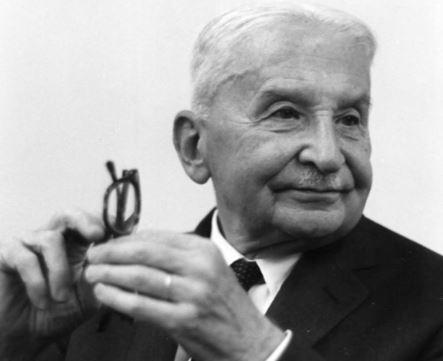 We need Mises now more than ever. The Federal Reserve is weighing which month to increase their target rate by a quarter of a percentage point, sending the media into a flurry whenever Janet Yellen so much as sneezes. As millions of US voters fall behind a self-avowed socialist, Venezuela’s socialist experiment is crashing and burning: Coca-Cola has shut down operations, toilet paper is a luxury item, power outages are regular, and violence and looting are on the rise. This is a prime opportunity to show others the prescience of Mises.

Only the strong Misesian arguments against central banking and socialism can explode (as Mises himself would say) the claims of their contemporary defenders. Mises’s arguments are the strongest because of his unyielding dedication to constructing and maintaining an economic methodology that produces unassailable conclusions. His business cycle theory carries the same certainty as the laws of diminishing marginal utility, comparative advantage, time preference, and other rock-solid economic principles, as an outgrowth of the same line of logical thinking. His critique of socialism is unparalleled among other critiques in its inescapable consequences for socialism in both theory and practice.

Weaker arguments do not rely on the absolutely certain conclusions of economics and are easily parried by opponents. Saying the Federal Reserve needs to be reformed because the policymakers are not representative of the demographics of the US population would fit into this category. Another is the claim that socialism doesn’t work because people don’t have an incentive to work hard or because the government just doesn’t have enough computing power to calculate the optimal prices of goods. These kinds of weak arguments become cannon fodder and straw men for detractors of unhampered markets and private property.

The Problem with Central Banking

Mises made the strongest case against central banking. He showed that the business cycle is not an inherent part of an unhampered market economy, but the result of artificial credit expansion. Whenever the money issuing authority inflates through credit markets, it pushes interest rates down to artificially low levels and sets in motion investment in lines of production that only appear to be profitable. The new money and low interest rates also fuel increased consumption spending.

Thus the boom is marked by malinvestment and overconsumption — not based on a voluntary expression of real time preferences, but the whims of the central bank officials. The plans of the entrepreneurs cannot be completed due to the prices of the factors of production becoming prohibitively high from the increasing scarcity of capital goods and because much of the remaining capital is employed in the wrong ways. The bust comes when these errors can no longer be sustained by new money flowing in through credit markets. The malinvested capital is liquidated and laborers too must find new employment in profitable lines of production.

This is a rhetorically strong explanation for business cycles, and there are many examples of economists and historians applying Mises’s theory to specific episodes like the Great Depression and the most recent housing boom and bust.

Mises also made the strongest case against socialism. With private ownership of the means of production, entrepreneurs hire laborers and purchase capital and natural resources based on their contribution to the productive process as measured by consumers’ willingness to pay for the final output. Anticipated revenues from the sale of output guide production and investment decisions. Any deviation from the consumers’ wishes results in lower profits or even losses.

Under socialism, in which the private ownership of the means of production is abolished, there can be no meaningful prices of the inputs to production processes. Production decisions are merely “groping in the dark,” as Mises put it in Economic Calculation in the Socialist Commonwealth. Mises showed that there is no forward-looking way to compare anticipated revenues to the costs of production and there is no way to retrospectively measure the success of any production process. Economic calculation, essential to any growing and flourishing market economy, is impossible.

Socialism, then, must result in the participants’ wants and needs going unsatisfied. This is another rhetorically strong argument, and it is especially fortified by the observed tragic failure of every socialist “experiment” (if you can call the deaths of millions of people something so mundane).

Real-World Human Action Is at the Core

Mises didn’t just haphazardly stumble upon these brilliant insights. They were the product of careful logical deduction and rigorous self-scrutiny along the lines of his own contributions in the epistemology of economic science.

The logic of human action starts with means and ends and proceeds through exchange, prices, production, money, credit, and the necessary consequences of interventions in these areas. Mises showed that economics does not produce generalities or vague guidelines that may be overcome if only governments are smart and powerful enough. The science of economics reveals laws that cannot be broken. Our persuasive efforts are dramatically improved if we can convey these arguments from Mises and build on his strong foundation.