GET NEWS AND ARTICLES IN YOUR INBOXPrint
A
A
Home | Mises Library | Minimum Wage Laws: Economics versus Ideology 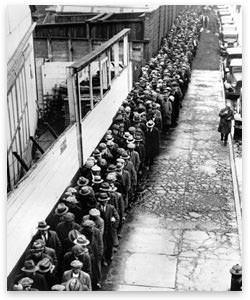 In recent years Republicans have proven their unreliability as proponents of limited government, especially where Federal spending is concerned. However, Republicans have been fairly reliable when it comes to opposing minimum wage increases. The bad news is that the recent victory by House Democrats led to an increase in the national minimum wage.

Institutional factors are now against opponents of minimum wages, and President Bush has proven himself unreliable as a defender of free markets once more.

The good news is that factual evidence and logic remain on our side. We can win this debate, and this is a debate worth winning. Proponents of minimum wage increases see things differently, but when you examine their arguments carefully, it is clear that we are in a very strong position. For example, law professor Ellen Dannin makes some strong, but false, claims regarding the debate over minimum wage laws.[1]

Dannin claims that opponents to minimum wage increases practice "economics-lite" and have been bought off buy wealthy corporations in an effort to increase corporate profits. All evidence against minimum wages is, to her, fabricated by "right-wing think tanks." According to Dannin, right wingers "stretch facile and sterile ideas to fit all situations." The economics-lite of right wingers "are mere theories (in the pejorative sense of the word), and, unlike scientific theories, they have no evidence to support them." Given the contempt that Dannin exhibits towards her opponents, one would expect her to make a strong case. Examination of her arguments indicates otherwise.

Dannin admits that ending minimum wage laws might increase employment, but "it is just as likely that the employer would keep the same number of workers and pocket the rest as profit." Ending minimum wage laws would cause wage reductions for some existing employees, but this in no way precludes the hiring of new low-productivity employees.

Dannin obviously does not understand two simple facts: first, market wages are roughly equal to discounted marginal labor productivity; second, productivity varies from one worker to the next. Numerous studies and common sense confirm these facts. After all, who in their right mind would doubt that we differ as individuals? So when minimum wages fall, employers hire additional low-productivity workers. This is an eminently reasonable proposition, but Dannin dismisses it — without explanation.

The level of Dannin's ignorance on this subject is revealed by this statement: "The first and still most rigorous testing of the relationship between the minimum wage and unemployment was performed ten years ago by David Card and Alan Krueger, economists at Princeton University. Their book Myth and Measurement: The Economics of the Minimum Wage (1995) compiles the results of a number of empirical studies they performed." Both these claims are absurd to the point of being laughable.

Economists have published hundreds of studies on minimum wages before Card and Krueger. See for example:

Dannin is obviously ignorant of the real evidence on minimum wages. Economists studied the effects of minimum wages long before Card and Krueger came along, and found that higher minimum wages reduce demand for low productivity labor.

Dannin mentions "A study that the cons and corps allege refutes their findings, however, was funded by a fast food lobbying group, and those who conducted the study, unlike Card and Krueger, have refused to make their data public." Leftist ideologues have often claimed that there is no peer reviewed evidence against Card and Krueger. The fact of the matter is that Neumark and Wascher published the aforementioned study in the prestigious American Economic Review.[2] Left-wing think tanks, like the Economic Policy Institute, and self-styled public intellectuals, like Dannin, try to use the Card-Krueger study as definitive proof that minimum wages are good policy, but this simply is not true. Analysis of the data collected by Card and Krueger by Neumark and Wascher, among others,[3] reveals serious problems.

Prior to Card and Krueger, economists had nearly all concluded that minimum wages decrease labor demand. Economists like George Stigler and Fritz Machlup proved the relevance of economic theory to minimum wage laws and other real-world issues, and the economics profession accepted this conclusion for decades. Card and Krueger have forced us to reopen the minimum wage issue, but the only thing they have really proven is Coase's dictum that if you torture the data long enough it will confess to anything.

Dannin also dismisses the idea that minimum wages affect minority teens more than others. Unemployment rates among minority teens are in some instances over 40%,[4] but Dannin blames this on racism. There is, in fact, substantial evidence showing that racism is not the key factor.

During the late 1940s there was little difference in the unemployment rates between blacks and whites.[5] Unemployment did not take on racial characteristics until the 1930s. For example, one study indicates that the imposition of minimum wages by FDR on June 16, 1933 caused over 500,000 black Americans to lose their jobs. Minimum wages displaced mostly young and inexperienced workers, and older workers — low productivity workers.

It looks like there is considerable weight behind what Dannin refers to as "economics-lite." Of course Dannin might respond that this depression-era report must have been doctored up by cranks at a right-wing think tank. But the author of this report was C.F. Roos, Director of Research at the National Recovery Administration under President Franklin Delano Roosevelt.[6] Was the NRA a right-wing think tank?

Dannin urges her fellow leftists to "stand your ground, even if you have never taken an economics course. What it takes is being curious and willing to ask questions and challenge claims." This is very bad advice. One must understand economic theory and statistical techniques to participate in meaningful debate on issues like minimum wage increases. Amateurs like Dannin lack the economic education needed to understand the effects of minimum wages. Or to put it more bluntly, ideology is no substitute for sound economic theory and valid data.

I offer Dannin advice in the form of the following quote:

"It is no crime to be ignorant of economics, which is, after all, a specialized discipline and one that most people consider to be a 'dismal science.' But it is totally irresponsible to have a loud and vociferous opinion on economic subjects while remaining in this state of ignorance." — Murray N. Rothbard

To those who desire greater liberty I would say stand your ground by learning economic theory and by studying real data. Leftist ideologues do pose a real threat. Many people find their rhetoric convincing. But all the Left really has to defend their position on minimum wages and other issues are faulty studies, demagogic remarks regarding poverty and racism, and vague references to "social justice." Logic and evidence are on our side. We can win this debate by focusing on sound theory and accurate facts.

Additional Sources on the Ill Effects of Minimum Wages