GET NEWS AND ARTICLES IN YOUR INBOXPrint
A
A
Home | Mises Library | Mercantilism, USA 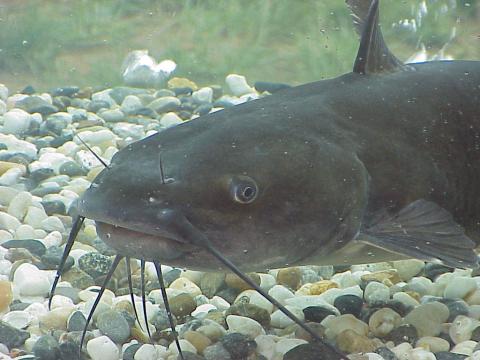 The great economic error of mercantilism is the belief that foreign buyers are great but foreign sellers are not, and thus are barriers to imports necessary. For a nation at large, this error can be extremely costly because it dooms producers in the home country to inefficient lines of production and foists unnecessarily high prices on consumers.

Mercantilism is also harmful toward foreign nations and thereby gives rise to political conflicts that can lead to war. If taken far enough, it can eventually grind all nations into poverty. But even on the margin, when it takes the form of targeted protectionism for particular industries, it can be extremely costly.

The tragedy of mercantilism is that it tends to creep up when it can do the most damage, that is, during economic downturns. Sure enough, the is experiencing a wave of protectionist sentiment, legislation, and action, some of it supported by the supposed friends of free trade. Let us begin the round up:

The pathetic tale of cheap catfish imports begins in the 1990s when Vietnam embraced market reforms, permitted a stock market, and became a global exporter of rice and coffee. Poverty began to plummet and hopes were on the rise. The catfish industry took off, and soon Vietnam was exporting half the catfish raised there to the US, to make up 20 percent of the frozen fillets eaten by Americans. It was a great blessing for consumers, who saw catfish prices fall by 50 cents a pound. In Vietnam, half a million people were working for the industry, one that had been encouraged by US trade missions.

It was a fabulous success story, for everyone, until the American catfish industry got involved. First, they managed to get Congress to more narrowly define what is a "catfish" so that it excluded the Vietnamese variety, which now had to be called "basa" and "tra" only because it was not raised in lakes, but rather in running streams. Then the smears against the Vietnamese fish began: it could be contaminated by Agent Orange, the industry said, and otherwise highly suspect. The Mississippi Farm Bureau Federation called on consumers to stop going to restaurants that served fake catfish on grounds that they were not "supporting American agriculture."

Then the Bush administration, in cahoots with the lobbyists—as on steel and logging—had the Commerce Department declare that , as a "non-market country," was "dumping" catfish in . They did this by claiming that the industry sells below cost (which, by the way, is great in any case!).

Imported Vietnamese catfish was slapped with tariffs ranging from 45 to 63%. The Commerce Department then reluctantly admitted a computational error and lowered the tariffs to 31% for select companies. Regardless, it has hurt the industry so badly that farmers in Vietnam were forced to either sell at a loss or shut down operations. The US International Trade Commission put glue on the coffin by declaring that Vietnam is deserving of permanent, prohibitive tariffs. Were domestic catfish sales really hurt during the heyday of imports? Sales are up 17 percent over one year ago. This is a pure case of a profitable industry seeking to become more so, not through competing, but by taxing Americans. Rarely has protectionism been so blatant and self-evidently counter-productive.

Like the steel industry a few years back, the US textile industry is claiming that it has fallen on hard times, not because of inefficiency, they claim, but because of cheap foreign imports from China. Now, textiles certainly rank among the most protected in the , but it hasn't helped. The industry does indeed continue to struggle because it demands more for its product than the world market will bear.

After all, the great crime of which China stands accused is selling at low prices. All the prattle about "slave labor" and "human rights" problems is designed to mask this core complaint, as well as mask the goal of keeping clothing prices high for American consumers. In short, the smear campaign against the Chinese textile industry has about as much merit as the claims made against Vietnamese catfish.

The trade data tell the story. From two years ago, China's market share in textiles has grown from 9 percent to 45 percent. Four products in particular are in dispute: bras, gloves, knit fabrics, and dress gowns. The industry is pushing for a quota on all four. Will the Bush administration go along? The deputy assistant secretary of commerce says yes. If so, American consumers are going to be denied the benefits of the international division of labor, and thus fleeced.

The market for computer chips was once dominated by American companies, but now everyone has gotten in on the act, which is one reason innovation and prices continue to improve. In particular, South Korea hosts Hynix Semiconductor, which makes a wonderful dynamic random access memory chip, or DRAM. The problem is that this pits the company against chip maker Micron Technology, which claims that Hynix is competing unfairly by benefiting from government subsidies.

What's the answer? In a free market, the answer is to improve one's product and become more efficient.

But when a protectionist administration is in charge, there's an easier route: file a complaint with the government and hope to skew the market in your favor. That is exactly what American chip makers have done, and they have swayed the International Trade Commission, which has approved anti-dumping duties of 45%, or perhaps as high as 65%, against South Korean chips.

Micron defends its action by invoking the old tired cliché about free vs. fair trade: "These actions validate that Hynix received billions of dollars in illegal subsidies, reaffirms that free trade must also be fair trade and demonstrates our government's commitment to enforce trade laws." How interesting that Micron finds the company that it tried to buy only last year to be so morally objectionable today.

The irony is unmistakable: claiming that its foreign competitors unfairly benefit from government help, the domestic competitor seeks and achieves special government help to keep its profits high! It is the ultimate hypocrisy. Who pays? The entire technology community, which is marginally more insulated from international competition, and US consumers, who must pay higher prices for computers as a result. South Korea is now appealing to the WTO for redress.

Everyone knows that pharmaceuticals are far cheaper around the world than they are in the US, due mainly to stringent patent laws that prohibit free-market competition and guarantee producers huge profits. However, these same companies also compete in real market conditions, by exporting their drugs to foreign countries at a profit.

These same drugs have been coming back into the market and selling for much lower prices, which has given rise to demands that re-importation be blocked—at the very time when the Bush administration is imposing more medical socialism to lower the retail price of drugs!

The issue is very simple from the point of view of free trade. Should Americans be able to buy American-made prescription drugs from other countries at cheaper prices than they would have to pay in the ? Of course, the answer is yes. All that free traders are asking is that US firms be willing to let Americans buy US drugs at market prices when they are imported from other countries. The only possible reason to pay more would be if you want to dump vast sums of money on the US drug industry for no good reason. Consumers might want to—they can send Eli Lilly a fat check--but they shouldn't be forced to.

And yet some free traders have gotten on board with the desire to use protectionist means to boost prices and thereby add fuel to the fire of socialized medicine. It's expected that politicians sell their souls. But what about think tanks? The American Enterprise Institute, Cato, Competitive Enterprise Institute, the Heritage Foundation, the National Center for Policy Analysis, National Review, and many other organizations and "free market" publications have come out for banning re-importation. Why? They say that re-imported drugs are unsafe, would undercut US drug makers, dry up research funds, and make drugs more difficult to regulate.

Doug Bandow of Cato, for example, argues that because foreign countries do not have free markets for drugs, they shouldn't be permitted to export to the which does. Of course that is precisely the same rationale used by the catfish and textile industry to ban competitive products. If anything, the claim is even more absurd since we are not talking about competitors but the very same firms that already sell in the . So hysterical has been the campaign that re-imported drugs are said (by Michael Krauss) to be "an invitation to terrorists."

As with other protectionist schemes, it is really about taxing Americans and imposing price floors to benefit a politically influential industry. Krauss actually admits this when he says: "Do we want pharmaceutical progress? Then we must pay for these goods, even if other nations don't do their part." But protectionist profits are not the reason for pharmaceutical progress. The reason is innovation, which depends in no way on patents and protectionism in drugs any more than with any other form of innovation. The proof is precisely that American firms are willing to sell at such low prices to foreign nations; they must be making a profit.

In short, the arguments used in favor of cracking down on drug re-importation are identical to all the arguments used for all forms of protectionism. They always amount to the same thing: special pleading for a protected US industry at the expense of consumers. Fortunately, the drug protectionists have been beaten back by the House, which voted yes on a bill to permit wholesale re-importation of pharmaceuticals—a bill that was opposed by the whole of the drug industry as well as the FDA and the Beltway thinktanks.

The role of free traders in promoting protectionism is particularly notable, for it proves that libertarians have a useful role to play on Capitol Hill after all. Their studies, arguments, articles will be read, cited, and praised so long as they are willing to call for expanded government. If however, they stick to what they should be doing, which is calling for freedom, they must suffer under unrelenting marginalization, as they do most of the time in .

Keeping the Recovery at Bay

For all their rhetoric about free trade and free enterprise, you can always count on the Republican Party to back a protectionist plan if it is supported by a big business with good connections. The Bush administration has followed in the footsteps of the previous Bush administration and even the Reagan administration—and most famously the administration—in violating its supposed principles to help its friends.

The costs of all of this are incalculable, and the American consumer is paying them. American retailers and wholesalers are paying them as well. This drains resources that could be going to boosting prospects for the US economy.

Who benefits from mercantilism is no mystery: look at the list of lobbyists and signatories to the complaints. It is pure special pleading that cannot, in the long run, even help the assisted industries. The pressure of globalization combined with the irresistible pressure of free markets will eventually prevail over all political attempts to design the market to the government's liking.