Meeting Ricardo in the Stables 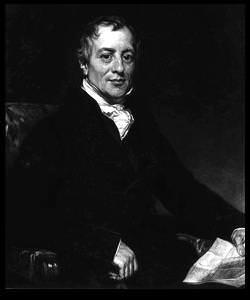 Tags History of the Austrian School of EconomicsProduction Theory

Economics examples crop up in the most interesting places. Over the Thanksgiving holiday I ran smack into an application of the Law of Comparative Advantage that was so pure and simple that I can't resist the opportunity to share.

After flying up to visit family for the weekend, I accompanied my sister to work on Thanksgiving morning, in order to hang out with her some and pitch in. "Pitch in" is precise, because I wound up with a pitchfork and a wheelbarrow. My sister works as stallion manager in a stable. (A really nice stable. This place is cleaner than my house, although such a statement could be considered damning with faint praise.)

"I'll clean the stalls," my sister said. "You can bed them down."

Well, this was good news all around. I don't at all mind the smell of stables, but it's undeniably more difficult to clean stalls than to bed them down. Cleaning consists of removing the (heavy) soiled straw bedding while keeping the still-reasonably fresh bedding for another day's use. Bedding down just requires lugging a fresh bale of (relatively light) clean straw bedding into the cleared stall, spreading the nearly clean straw left from the previous day, and then breaking up and scattering the fresh bale.

Very simple — but as with any sort of labor, there are little tricks and ways of conserving motion and effort that are not easy to explain but that accumulate with experience. Many of these economies of effort aren't even known to the worker; they develop as a sort of optimized "body memory" in response to muscle aches and the need to get work done as quickly and efficiently as possible. I've done my share of stable work "back in the day," but nothing even approaching the years my sister has put in under all sorts of conditions with all sorts of equipment. My sister even generously complimented me on knowing enough to "whack" the opened bale of straw with the fork to loosen it before I began spreading it around the stall. I'm not a complete newbie to stable work, after all. However, I'm sure I was wasting considerable effort — and time! — because of my relative inexperience and forgotten "body memory" of the necessary motions.

I think it's probably reasonable to say that in the process of cleaning and bedding, the workload is split about 70% into cleaning and 30% into bedding (my sister may be inclined to offer a correction to that estimate, but it seems about right to my less-experienced eye and pitchfork arm). I knew that 70/30 was probably the best split we could work and still finish at or around the same time, given my relative inexperience, general out-of-shapeness, and, frankly, my holiday mood. But even so, after the first stall, I asked my sister if it might not be more efficient and fair if we both cleaned and bedded stalls — meaning, of course, that she do around two-thirds of both cleaning and bedding, and I do around one-third.

Taking much less time to think it out than I am taking to write it out, my sister replied, "Thanks, but it'll go faster if I stick to doing the cleaning and you to the bedding."

And that jogged loose a memory of Ricardo's Law of Comparative Advantage. I remembered having an early economics mentor point out that, although Ricardo was thinking of international trade, the principle of the law made just as much sense when applied to the division of two tasks between two individuals, one of whom is better at both tasks. And that was clearly the situation in this case! As long as my sister was even better at stall cleaning than at stall bedding, then the job would get done much more quickly if she stuck to the cleaning and I to the bedding. Since cleaning is more difficult to pick up than bedding, not only was she sure to be better than me at both tasks, but she was very likely to be even better at the more difficult task, since she had been doing both for so long. My effort — willing but awkward — was best put to use in the task that was easiest for my sister, so that she could concentrate on doing a superior job at the task that was hardest for both of us.

To flesh out the insight with some numbers for illustrative purposes, suppose my sister was three times as good at me at cleaning stalls and just twice as good as me at bedding them. I hope these numbers are unrealistic (I can't be that bad!) but they do make for easier math. If it takes her five minutes to clean a stall and three minutes to bed one down, it would take me fifteen to clean and six to bed. So to finish two stalls with each of us working at both cleaning and bedding one stall, we'd take her 5+3 minutes and add my 15+6 minutes, which would give us a total of 29 minutes of labor — although, since we were working together, the total time to finish both stalls would only be 21 minutes, the last 13 of which would be filled by my sister nagging me to hurry up and finish so we could go for coffee.

If we do the same two stalls with her cleaning both and me bedding both, it would take her 5+5 added to my 6+6, which would let us get the job done in a total of 22 minutes of labor, or 12 minutes of time, allowing her only two minutes to relax while watching me finish the last bit of straw pitching. Assuming that the goal for both of us was to get the stalls completed in the least amount of time (and you can believe me when I say it was), then we both benefited from my sticking to what I was least bad at: bedding down stalls. But the best and most fascinating part of this is that it is the weaker and less experienced partner in the joint venture who stood to gain the most from this specialization and division of labor.

Well, who am I to argue with efficiency? I settled into the sneeze-inducing job of breaking open and spreading bales of straw around with a pleasure at knowing that my contribution to the joint effort was maximized by the rational division of tasks. Of course I was so tickled at running across Ricardo in such a seemingly unlikely spot that I spent — one might say wasted — several minutes enthusing on the subject rather than actually getting any work accomplished. The idea that it's the relatively weak and the unskilled who benefit most from specialization and the division of labor is so foreign to an American-public-school education that, even as I write this, I have to think it all out again as if it were the first time I encountered the idea.

If you are unskilled, there is no doubt that cultivating one or more skills that are (or will be) in demand will better your position. But even without particular skills, each individual has something of value to trade with — and the fewer specialized skills he has, the greater proportional benefit he will see from a mature marketplace with a high degree of specialization and division of labor. The mere existence of specialists will make his willingness to do unspecialized labor valuable to them. This is exactly why the unskilled laborers of America are likely to have pickup trucks and widescreen TVs.

There's a sort of built-in progressivism to the division of labor that, although it benefits all and almost always will benefit specialists by an absolutely greater amount, provides a greater proportional benefit to those who are relatively unskilled or weak. Again, this notion is so profoundly the opposite of the accepted economic tales of "robber barons" and Dickensian factory owners that, even while writing it, I find it startling.

The idea of the division of labor isn't so much about the skilled and the wealthy exploiting the labor of the unskilled and the poor as it is about the benefits of cooperation to everyone. That those who bring better skills or more experience to the cooperation do absolutely better is no surprise, but the fact that those who bring relatively less in the way of skills and experience to the market gain a proportionately greater amount is big and exciting news to a world steeped in the weak tea of socialist labor theory.

Real civilization is built on a foundation not of exploitation but of cooperation. And those with the most to gain from civilization and the cooperation it is built upon are the weak and the unskilled. Chain together my clumsy pitchforking, my sister's skilled farm management, her boss's business acumen, and his clients' professional success, with their employees' skilled and unskilled labor alike and you start to see the only real "safety net" the working world will ever know: the vast and amazing web of transactions and interdependencies of the marketplace, where even the weakest and least skilled have something of value to contribute.