The Market for Literary Products 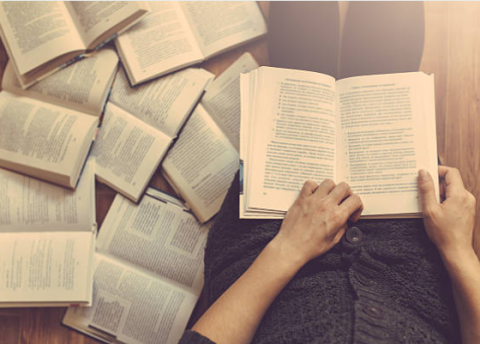 The Market for Literary Products

Capitalism provides many with the opportunity to display initiative. While the rigidity of a status society enjoins on everybody the unvarying performance of routine and does not tolerate any deviation from traditional patterns of conduct, capitalism encourages the innovator. Profit is the prize of successful deviation from customary types of procedure; loss is the penalty of those who sluggishly cling to obsolete methods. The individual is free to show what he can do in a better way than other people.

However, this freedom of the individual is limited. It is an outcome of the democracy of the market and therefore depends on the appreciation of the individual's achievements on the part of the sovereign consumers. What pays on the market is not the good performance as such, but the performance recognized as good by a sufficient number of customers. If the buying public is too dull to appreciate duly the worth of a product, however excellent, all the trouble and expense were spent in vain.

Capitalism is essentially a system of mass production for the satisfaction of the needs of the masses. It pours a horn of plenty upon the common man. It has raised the average standard of living to a height never dreamed of in earlier ages. It has made accessible to millions of people enjoyments which a few generations ago were only within the reach of a small elite.

The outstanding example is provided by the evolution of a broad market for all kinds of literature. Literature — in the widest sense of the term — is today a commodity asked for by millions. They read newspapers, magazines, and books, they listen to the broadcasts and they fill the theaters. Authors, producers and actors who gratify the public's wishes earn considerable revenues. Within the frame of the social division of labor a new subdivision evolved, the species of the literati, i.e., people making a living from writing. These authors sell their services or the product of their effort on the market just as all other specialists are selling their services or their products. They are in their very capacity as writers firmly integrated into the cooperative body of the market society.

In the precapitalistic ages writing was an unremunerative art. Blacksmiths and shoemakers could make a living, but authors could not. Writing was a liberal art, a hobby, but not a profession. It was a noble pursuit of wealthy people, of kings, grandees, and statesmen, of patricians and other gentlemen of independent means. It was practiced in spare time by bishops and monks, university teachers and soldiers. The penniless man whom an irresistible impulse prompted to write had first to secure some source of revenue other than authorship. Spinoza ground lenses. The two Mills, father and son, worked in the London offices of the East India Company. But most of the poor authors lived from the openhandedness of wealthy friends of the arts and sciences. Kings and princes vied with one another in patronizing poets and writers. The courts were the asylum of literature.

It is a historical fact that this system of patronage granted to the authors full freedom of expression. The patrons did not venture to impose upon their protégés their own philosophy and their own standards of taste and ethics. They were often eager to protect them against the church authorities. At least it was possible for an author whom one or several courts had banned to find refuge with a rival court.

Nonetheless, the vision of philosophers, historians and poets moving in the midst of courtiers and depending on the good graces of a despot is not very edifying. The old liberals hailed the evolution of a market for literary products as an essential part of the process which emancipated men from the tutelage of kings and aristocrats. Henceforth, they thought, the judgment of the educated classes will be supreme. What a wonderful prospect! A new florescence seemed to be dawning.

Success on the Book Market

However, there were some flaws in this picture.

Literature is not conformism, but dissent. Those authors who merely repeat what everybody approves and wants to hear are of no importance. What counts alone is the innovator, the dissenter, the harbinger of things unheard of, the man who rejects the traditional standards and aims at substituting new values and ideas for old ones. He is by necessity antiauthoritarian and antigovernmental, irreconcilably opposed to the immense majority of his contemporaries. He is precisely the author whose books the greater part of the public does not buy.

Whatever one may think about Marx and Nietzsche, nobody can deny that their posthumous success has been overwhelming. Yet they both would have died from starvation if they had not had other sources of income than their royalties. The dissenter and innovator has little to expect from the sale of his books on the regular market.

The tycoon of the book market is the author of fiction for the masses. It would be wrong to assume that these buyers always prefer bad books to good books. They lack discrimination and are, therefore, ready to absorb sometimes even good books. It is true that most of the novels and plays published today are mere trash. Nothing else can be expected when thousands of volumes are written every year.

Our age could still some day be called an age of the flowering of literature if only one out of a thousand books published would prove to be equal to the great books of the past.

Many critics take pleasure in blaming capitalism for what they call the decay of literature. Perhaps they should rather inculpate their own inability to sift the chaff from the wheat. Are they keener than their predecessors were about a hundred years ago? Today, for instance, all critics are full of praise for Stendhal. But when Stendhal died in 1842, he was obscure and misunderstood.

Capitalism could render the masses so prosperous that they buy books and magazines. But it could not imbue them with the discernment of Maecenas or Can Grande della Scala. It is not the fault of capitalism that the common man does not appreciate uncommon books.

This article is excerpted from The Anti-Capitalistic Mentality (1956), section III, "Literature Under Capitalism."